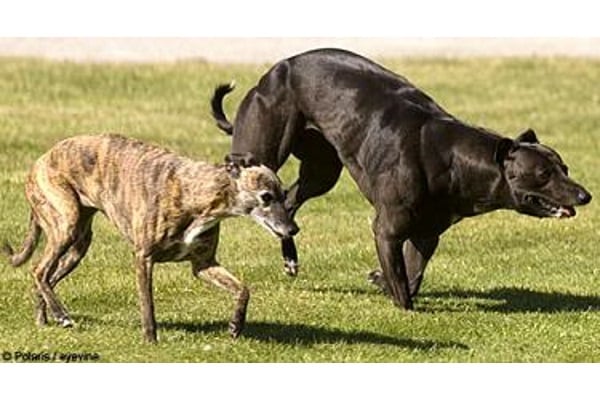 Stress is even worse for your muscle growth than you already thought. Researchers at the University of Colorado did experiments with mice and discovered that stress causes the gene for myostatin to work harder in the muscle cells. Myostatin [shown below] is a negative growth factor which causes muscles to hamper their own growth.

Psychological stress, of the kind you experience when a loved one is ill, you lose your job or from long-term conflict, is different to stress caused by physical exertion. Nevertheless, sports scientists have always believed that both types of stress have a negative effect on muscles and that the mechanism works via the stress hormone cortisol.

The researchers made their discovery when they housed mice in a different cage every day for a week [CS], or placed them for a short period every day in a small straitjacket [RS]. The latter treatment is particularly distressing for these animals.

After 7 days the muscle mass of both groups had decreased, but by more in the RS mice. TA stands for the calf muscle tibialis anterior, SOL for soleus. BC = muscle mass at the start of the experiment, HC = muscle mass in a control group of mice who were weighed every day, but did not receive stress stimuli.

The researchers noticed that the muscles of the mice that had been subjected to interventions started to produce more myostatin on day 1, especially the RS mice.

Because they wanted to know whether myostatin really plays such an important role in psychological stress, the researchers repeated their experiment with genetically modified mice that did not produce myostatin. [MSTN KO] Yes, these are the monster-muscle mice that you’ve probably seen photos of on the internet. They came from the lab of the myostatin expert Se-Jin Lee.

The non-modified mice are WT mice.

So psychological stress can lead to obesity and weakened muscles, the researchers conclude. “Decreases in lean muscle mass may contribute to a shift in body composition that can promote obesity. A loss in lean muscle mass decreases the amount of metabolically active tissue available for oxidative breakdown of energy substrate. In addition, a decrease in skeletal muscle mass in response to psychological stress may also predispose skeletal muscle to greater likelihood or severity of injury.”