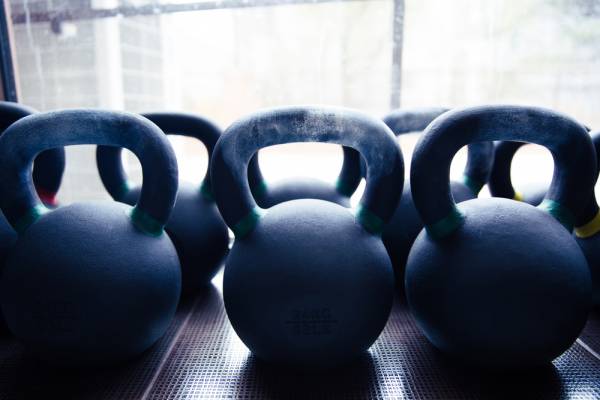 It is probably the first thing you feel when you lift kettlebells the first time. The humbling feeling of moving a weight that is often lighter than what you are used to, but the kettlebell seems to hit muscles and areas of your body you just didn’t know existed.

I know that is how I felt after squatting, pressing, swinging, and snatching kettlebells my first time. And given that I wasn’t a novice in strength training, it made for a memorable experience.

You probably remember such an experience yourself. Heck, like me, that experience is probably one of the things that made you fall in love with kettlebells. As you delve into kettlebells deeper and deeper, you start to see the immense value they offer. One of the benefits that gets the most attention, but is neglected at the same time is the idea of core strength.

Understanding how we can optimize kettlebells to address real core function will allow you to bridge science and real-world application.

What Is Really “Core”?

Without me giving a dissertation on the “core” that will bore you, we can agree it is really important. Not only does a weak core set us up for possible injury, but it also impedes performance and can negatively impact our hip and shoulder mobility. Many still think of the “core” as a fancy name for their “abs,” but it is much more.

“There are many sports science researchers who believe the core is quite complex because it is made to both create and resist force. As easy as that sounds, it is hard to think about how to appropriately structure your core work.”

The real “core” is not the abs you can see when you lean out, but abdominal muscles that are too deep to ever gaze at in the mirror. The core is your back, your lats, your hips, and you can even argue the core is your feet. As we learn more about how our body works, we are finding how intricately our parts are connected. If we read Thomas Myers and others who write about fascial lines, we see our “core” is connecting our entire body from the ground up.

Why does this matter to your kettlebell training? Kettlebells offer an incredible opportunity to train the core from head to toe. However, most people become limited to kettlebell foundations in their training of the core.

How in the world can you go wrong with goblet squats, swings, and Turkish get ups? Well, going “wrong” might be the wrong thought process, but challenging your core fully is another story. There are many sports science researchers who believe the core is quite complex because it is made to both create and resist force. As easy as that sounds, it is hard to think about how to appropriately structure your core work.

“Not only does a weak core set us up for possible injury, but it also impedes performance and can negatively impact our hip and shoulder mobility.”

Yes, planks are nice, but they aren’t enough. What is the major problem with planks? You can’t move! They serve as a great foundation and teaching tool, but you can’t stop there. Planks do teach us to resist motion, which is important in the initial phases of core work. In fact, there are some researchers who believe the rectus abdominis (those muscles you work on when you do sit ups and crunches) is actually made to resist extension rather than produce flexion. So what? It could mean that a lot of times we are training our core incorrectly.

As evidence of this, a research paper by Justin et al actually stated:

Currently, plank exercises are considered an adequate method of training the core for athletes to improve core strength and stability. This is a problem because it puts the athletes in a nonfunctional static position that is very rarely replicated in the demands of sport-related activities. The core is the center of most kinetic chains in the body and should be trained accordingly.

So, how can we use kettlebells to train the core more intelligently? In Dynamic Variable Resistance Training (DVRT), we break down core training into different phases. The cool part about understanding these concepts is that it will not only unlock a lot of potential in your core training, but also give you more purposeful variety.

Phase 1: Sagittal Resistance
The sagittal plane is one of our three planes of motion in which we move. When we swing, squat, press or pull up, we are moving in the sagittal plane. Think of it as up and down and forward and back. The sagittal plane is an important starting point because it is our most stable position from which we can teach good foundational movements. So, what are good core movements to use in this phase?

In all phases, we start slow and introduce speed later because of the more “reactive core” that is required. Being able to demonstrate a “moving plank” in deadlifts or overhead presses at slower speeds is essential before introducing speed. Increasing strength in these movements will set you up for success in more complex core drills. Don’t rush through these, but also don’t get stuck only doing them.

Phase 2: Resisting Rotation
This is where kettlebells shine. We often use planks to build the ability to resist forward and back forces, but side-to-side resistance might be more important. In fact, renowned spine specialist Dr. Stuart McGill uses the side plank, not the front plank, as one of his three core testing movements.

Why do kettlebells do so well in teaching this important concept? For one, they are beautifully suited for one-arm lifts. When we transition to one-arm standing exercises we actually excite way more of the core and the overall nervous system. A study by Saeterbakken and Fimland recommended, “to enhance neuromuscular activation of the superficial core muscles, standing exercises should be used instead of seated exercises, and unilateral exercises should be used instead of bilateral exercises.”

What kettlebell drills are we looking at? Here is a list from least complex to most:

Category B: Changing Body Position and Cross Patterning of Loads

Phase 3: Rolling and Rotational Patterns
It wouldn’t be difficult to separate these two, but for the sake of introducing these concepts, I group them together as a means to show more movement in our core training. Both rolling patterns and rotational training require a high amount of nervous system involvement and can be some of the most impactful exercises in functional core training.

“While incorporating rolling, we can also begin to work on the fundamentals of rotation. Good rotational movement happens at the feet and hips, not at the lumbar spine.”

Rolling patterns can serve as a means to measure someone’s rotational capacity. As FMS foudner Gray Cook stated, “Rolling patterns can easily illuminate rotational movement pattern dysfunction, especially when comparing between sides. It should be noted that the movement dysfunction is usually a problem with sequence and stabilization rather than a deficiency in strength of a prime mover.”

The Turkish get up is probably the most popular of loaded rolling patterns and needs to be though of just that – rolling, not sitting up.

While incorporating rolling, we can also begin to work on the fundamentals of rotation. Good rotational movement happens at the feet and hips, not at the lumbar spine. With the low back only possessing about ten to fifteen degrees of rotation, it makes sense the big ball and socket joints of the hips are what allows for a lot of the rotation to occur.

Here is a progressive list of rotational kettlebell work:

Having a more well thought-out means of progressing your core work and optimizing the tools that allow for versatility and purposeful progression means we can supply ourselves with more customized solutions to our fitness needs. Try some of these progressions and see your functional strength jump to new heights.