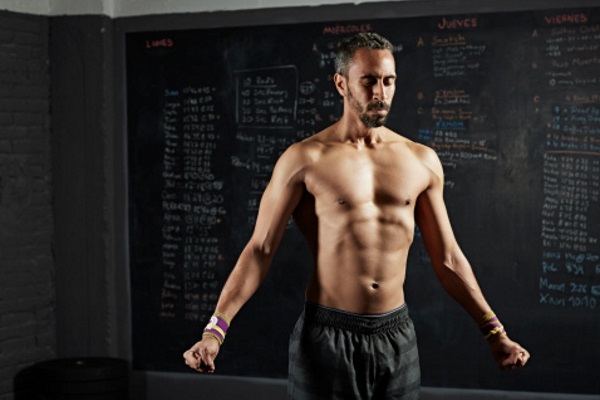 Strength athletes can get more out of their training if they combine their regular training with imaginary training. Sports scientists from the University of Lyon discovered this when they did trials on 21 students. The leg muscles react particularly well to imaginary strength training.

If you look at images of a bodybuilder training his calf muscles, you can strengthen your own calf muscles a little. The same happens if you imagine you are training your fingers or your biceps. [Neuropsychologia. 2004;42(7):944-56.] Whether it’s worth using this principle to complement regular strength training had never been studied, which is why the French decided to do so.

The researchers got a group of students, none of whom had trained previously with weights, to train 3 times a week for 4 weeks on the bench press and the leg press. The control group just trained, and rested between the sets. The experimental group tried during the rests between sets to imagine as realistically as possible how they would perform their next set [MI].

“Try to imagine yourself performing the motor sequence with your eyes closed, by perceiving the different movements just as if you had a camera on your head, and feel the body’s sensations”, were the instructions they got from the researchers. “You have to see and feel only what you would see and feel if you had to perform this particular skill (bench press or sled leg press). Imagine the movement using the most comfortable way for you, and make sure not to contract your muscles.”

The table below shows the progress the subjects had made after 4 weeks.

The shaded sections show where the subjects in the MI group made significantly more progress than the control group.

The effect was strongest on the maximal strength the subjects managed to develop on the leg press. You can see this effect in the figure below as well.