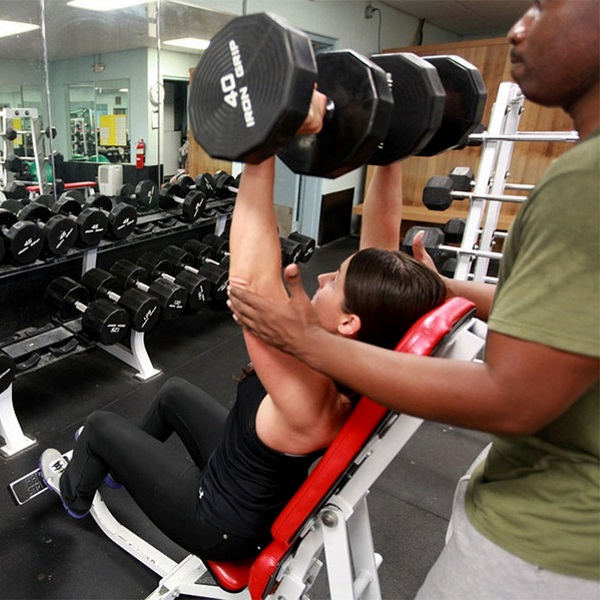 Today’s guest article comes to us from Will Brink. He’s articulate, seasoned, and highly educated—why he’s choosing to sully up his image with the likes of us is beyond our comprehension. Let’s just get our learning on before he figures that out. Mad Duo

As anyone not living in a cave the past few years knows, “functional training” is all the rage. On the surface, that’s a good thing. It’s a generally positive trend toward training that’s more functional, applicable, and “real world”. It’s found some acceptance with the military and law enforcement communities, plus the civilian market. Yup, everyone and his mother has jumped on the “functional fitness/functional training” bandwagon.

That’s all well and fine, but it’s also taken many people away from the importance of training specificity concepts. If you attempt to train for a marathon and a powerlifting meet simultaneously, you’ll likely fair poorly at both come competition day. I don’t think that comes as a shock to most.

“But but proprioception!” I hear someone yell. Proprioception is another big buzz term these days, but it’s overused, generally misunderstood, and far less relevant to most people’s training approaches, especially those with specific needs for a specific job (like shooting bad guys in the face, surviving a fight, etc). It’s a buzz term to justify a lot of useless shit and programs, so go argue that one with someone who cares if you think a large portion of training doing goofy shit for improvements in proprioception makes sense.
[Grunts: proprioception]

This brings us back to training specificity. Which is more likely to help you, for example, scale a wall, drag an injured person out of the line of fire, and engage a threat: 1) standing on a balance ball doing pistol squats holding a KB overhead? Or 2) going over a wall, dragging a heavy object a distance, then engaging a target with a specific drill?

The basic rule of training specificity states that to get better at a thing, do that thing repeatedly. “The principle of Specificity implies that to become better at a particular exercise or skill, you must perform that exercise or skill. To be a good cyclist, you must cycle. The point to take away is that a runner should train by running and a swimmer should train by swimming.” (1)

To paraphrase Bruce Lee, “I’d rather fight a man who has practiced ten thousand moves once than one move ten thousand times.”

Of course, a program can be too generalized to prepare a person for a specific task or goal. On the other extreme, it’s so specific you’re unable to perform outside a very narrow envelope. Hence, a balance has to be struck and the goals understood with goal-applicable training to follow.

To give credit where it’s due, the military is starting to realize that much of their training and testing may not be “job applicable” to what the modern warfighter will face. It’s also attempting to reduce injury rates, as evidenced by the Marine Corps’ newly-developed Combat Fitness Test (CFT) and the Army finally dumping sit ups. As you’d expect, tip of the spear trainers and programs tend to be ahead of the curve, always looking to improve job-applicable performance and reduce injury rates by employing modern training science best suited to people who go into harm’s way for a living.

If the goal is vague and general like “I wanna lose some weight and get stronger”, the training approach will often be as vague and unfocused as the goal. If the goal is more focused, such as “I want to ruck X weight over Y distance in Z time without incurring injuries” or “I want to maintain my strength and muscle mass while improving my endurance”, it allows one to target their training approach with superior results overall.

Finally, a goal of “I want to prepare for the worst as a SWAT cop in a major metro PD” should lead to programming and approaches highly job specific rather than non-specific. If interested in some additional thoughts and intel on that final topic, Google-Fu my name and “SWAT”, and a number of my articles will appear from various LE pubs.

I find a lot of people training opposite of what their actual goals are, or worse, lacking specific goals in the first place. Now, back to the topic at hand on functional training vs. specificity.

No matter what any program claims, you can’t excel at all aspects of performance and fitness simultaneously. At least, you can’t do it without incurring injuries and over training syndromes (OTS) at some point. Hence, finding the balance of matching training approaches to goals to reap the best outcomes is essential. As goals change, so does the training approach, so going from more general to more specific is also part of the specificity concepts for training.

Ask yourself, “what is the functional training I’m doing making me functional for?” If you can’t answer that, look for another program or reexamine your goals.

Simply beating the snot out of yourself in some program that has you doing a bunch of unrelated stuff in some attempt to be hard core badass works great, until it doesn’t. A fairly recent article in the Journal of Special Operations Medicine (JSOM) examined the training-related injury patterns/musculoskeletal injuries from the 5th Special Forces Group came to some useful conclusions.

This study revealed that physical training caused 50% of all injuries. Injuries resulted in ten times the number of profile days (lost work days) as illnesses, with the leading reason for outpatient visits being musculoskeletal disorders.

Finally to focus more on prevention, Special Forces Groups should modify unit physical training programs to incorporate the fitness and performance fundamentals used in today’s top athletic programs. Military researchers have shown that modified physical training programs can result in lower injury rates with improvements in physical fitness. Training regimens that emphasize core strength and cross-training would likely increase physical readiness while decreasing the incidence of spine and lower extremity injuries.(2)
The no shitter here is, training hard and training smart are not always interchangeable concepts. The latter leads to superior performance and reduced injury rates, improved operational readiness with potentially greater operational longevity for professional warriors. It can also help the person looking to lose some fat and get stronger for everyday life and whatever it throws at him.

Being in good overall condition is a good thing, but overly general programs without a specific focus and end goals often do more harm than good. That “harm” often presents as injuries, OTS, or simply being unable to perform to requirements on a specific task that could save your life.

While the approach ‘back in the day’ may have been overly specific – people spending hours lifting weights but being unable to jog a mile, or marathoners who couldn’t carry a laundry bag up a flight of stairs – the swing to trying to be good at everything at once – “functional training” – is also a potential negative.

Take time to narrow your goal(s) and design or find a program that best fits them. They may start out general: “I need to lose some fat and improve my conditioning”, followed by a new goal once that’s achieved, such as “I want to increase my strength in the core lifts while maintaining my conditioning.” Then there’s the always-popular-for-us-dudes-over-40, “I want to have a well rounded level of fitness without all my shit hurting all the time”, which is a perfectly valid goal that may required a slightly different approach.