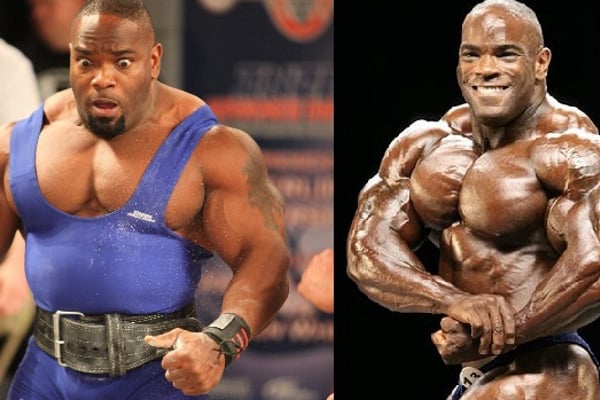 “Deadlifting and Squatting Will Make You Blocky, Bro!”

For decades, bodybuilders feared training like powerlifters. They believed the powerlifting style of training would ruin their physiques.

Most of these statements weren’t grounded in any sort of facts or reality though. And as things tend to do in the fitness industry, the tide has shifted dramatically.

A New Breed of Bodybuilder

Over the past several years, the line between bodybuilding and powerlifting has blurred, particularly in the natural competitive arena.

Increasingly, bodybuilders are taking to powerlifting to test their strength and build their physiques. The popularity of the crossover has increased as more competitors are showing that it’s possible to have success in both arenas.

When powerlifting style training first started to find its way into bodybuilding routines it was a good thing. Bodybuilders benefited greatly from incorporating powerlifting into their programs.

However, as is the nature of most bodybuilders, many have taken the approach of “if some is good, then more is better.” It has just gone too far.

There’s nothing wrong with powerlifting for a bodybuilder, but there are drawbacks that come from an overreliance on powerlifting training when it comes to goals of the physique athlete.

Too Much of a Good Thing?

While it probably won’t be a popular statement, it needs to be said:

Powerlifting is beginning to become a detriment to many bodybuilders.

There’s now a warped view of what effective bodybuilding training entails, and many are quick to cast ridicule upon those that hold more traditional “bodybuilding style” training approaches.

Someone trying to tout the benefits of high-rep training or direct arm work is quickly cast as a “bro,” labeled uneducated, and usually trolled mercilessly.

It’s now a common belief that squatting, bench pressing, and deadlifting in the 1-5 rep range is largely all that’s needed to build a perfect bodybuilding physique.

What’s interesting about this is that many of the people taking this approach are in the scientific-minded bodybuilding crowd. The very techniques they’re insulting are some of the most scientifically proven methods for stimulating hypertrophy.

The Benefits of Powerlifting for Bodybuilders

The principles brought to light as a result of powerlifting among bodybuilders have improved training dramatically. Let’s not ignore the clear benefits and remember that some powerlifting is a good thing.

For a long time in bodybuilding history, there were entire competitions where every competitor would have phenomenal pecs, delts, and arms, but possess relatively puny lower bodies. The powerlifting movement has changed this dramatically.

No longer is leg training an afterthought; it’s now the main event. Now when scanning the line-up at most bodybuilding shows, you’ll see excellent leg development. Hip flexor muscles, the gluteal muscles, and of course, the hamstrings and quads now stand proud on stage.

This improvement is no doubt from the increased amount of squatting and deadlifting that competitors are engaging in. This is a great thing!

There are few things in this world that are sadder than seeing a muscular upper body fit for a Greek god perched atop a pair of legs fit for a flamingo.

Powerlifters have one goal in mind – get stronger. This is also a goal for bodybuilders; however, it has never been a primary goal for most.

Many bodybuilders just focus on chasing the pump, feeling the burn, and other clichés of the like, whereas powerlifters plan for progressive load increases. Powerlifting programs are designed to add weight to the bar and increase the load over time. Bodybuilders have been wise to follow their lead.

This is an example of progressive overload. Progressive overload says that you must lift heavier weight for more reps over time if you want to keep growing. Research has long suggested that increased tension development is a critical factor in initiating compensatory growth.

Put simply, lifting heavier weight over time will result in bigger muscles. Powerlifting has brought this goal to the forefront of training for many bodybuilders.

The Detriments of Powerlifting for Bodybuilders

Now that we’ve covered the benefits of powerlifting for the physique athlete, let’s look at why bodybuilders relying too heavily on powerlifting are missing out.

Higher reps and isolation movements may not be popular but they work. Here’s why.

Muscle hypertrophy is an adaptation that occurs due to stimulus. If no stimulus is provided then no adaptation will occur.

For muscles to grow over the course of time, you have to force your muscles to do more work over time. The ultimate stimulus for hypertrophy is volume.

Some claim that volume is the primary driver of muscle hypertrophy because of exercise-induced endocrine responses with hormones such as testosterone, growth hormone, and IGF-1 increasing acutely due to training.

While anabolic hormones do rise acutely in response to training, this isn’t what’s driving the additional growth. There does, however, appear to be some evidence that this process could be intrinsic and mediated by the activation of signaling proteins.

Whatever the exact mechanism may be, one thing is clear: studies have shown that heavy weight will not beat light weight in terms of hypertrophy if the volume isn’t equal.

“Can’t I just use heavy loads for more sets to equal the volume?”

Strength increased more in the 7×3 group, which isn’t surprising considering they were working closer to their max. However, hypertrophy was the same in both groups.

Many were quick to jump on this as proof that heavy, powerlifting style training could indeed be used to maximize hypertrophy. Well, yes and no.

So now that the study is over, which group do you suppose will have an easier time increasing volume? The group that feels rundown, already working near max loads, and spending more time in the gym?

Or the group that feels great, isn’t working near max loads, and is only spending 17 minutes in the gym?

The 3×10 group could literally double their workload and still be training less than half of the time of the 7×3 group. Moderate and high rep training is a far more efficient method of increasing volume over the course of a training career.

As mentioned, the improvement in the lower body development of many bodybuilders is a great thing. However, the imbalance issues that used to plague bodybuilding are now occurring in reverse.

An increasing number of competitors have extremely muscular legs but upper bodies that clearly don’t match.

Now, muscular symmetry is going to be largely determined by genetic factors. However, the assumption that “squats, bench presses, and deadlifts are all you need” has prevented many competitors from being able to close the gap on any muscular imbalances they may have.

If someone possesses genetics that predisposes their upper body muscularity to be greater than their lower, then heavy powerlifting style training is likely going to treat them well.

However, for someone with genetics that predisposes them to less muscular biceps, triceps, or delts, powerlifting isn’t going to be kind to them. If you need bigger biceps then you have to curl… and curl a lot!

Going back to volume, if focusing primarily on the big three lifts and little else, then the amount of volume received by the lower body over the course of a training career will be disproportionate compared to the upper body, particularly the biceps and triceps.

Bodybuilders are not required to perform any particular exercise. In fact, to fully maximize hypertrophy in your weaker areas you’re better off using a wide variety of exercises.

The truth is, while they’re great exercises, you could still build an amazing physique even if you never squatted, bench pressed, or deadlifted in your entire life.

Cellular swelling has caught a lot of attention in the past few years with the increased popularity of BFR (blood flow restriction) training. This is for good reason.

Cellular swelling has the potential to be a powerful trigger for muscle growth. It’s thought that cellular swelling acts as a proliferative anabolic signal, not only increasing signals to “build” but also to signal reductions in “break down.”

Higher rep training isn’t very popular as of late but it seems as long as you’re wearing cuffs and restricting blood flow while doing it, then it’s deemed okay.

Since this article is already filled with unpopular statements, I might as well add that I’m not entirely convinced that the blood flow restriction is the cause of the increased hypertrophy in many of the studies.

This begs the question, is the blood flow causing the growth, or is it the high reps?

A study conducted in 2014 investigated exactly that! The researchers compared equal repetition groups with the only difference being that one is blood flow restricted and the other is not

That study showed no difference in growth between the two groups!

While there’s more research that needs to be done the subject, I’m inclined to believe that what we’re really after here is high reps and, once again, volume.

1. Bodybuilders should train with a variety of rep ranges and exercises if they want to truly maximize hypertrophy.

However, due to the ability to increase and recover from more volume, it might be prudent to do a higher degree of high-rep work if you’re a physique athlete.

2. Include more accessory work for the areas where it’s needed.

It’s nice to think that heavy squats and benches will cure your small arm woes, but they won’t. Curls, lateral raises, and triceps extensions are valuable excises for bodybuilders and are by no means “unnecessary.”

3. Squats, bench presses, and deadlifts are excellent exercises for physique athletes. It’s a good idea to include them into your program using a variety of rep ranges, but they’re not the end all be all.

4. Physique athletes need to program for their specific needs.

Context within a training program is the great decider when it comes to whether or not something is beneficial or necessary. Goals, strengths and weaknesses, individual mechanics, and recovery ability need to be strongly considered.

5. Choose a primary and secondary goal.

For powerlifting bodybuilders, your primary sport is the area where you’ll maximize progress. Your secondary is the sport where you can still progress at a good rate, but likely not maximize your potential.

6. While high rep training and traditional bodybuilding techniques may not be popular at the moment, they are destined to make a comeback because of one simple reason: they work.