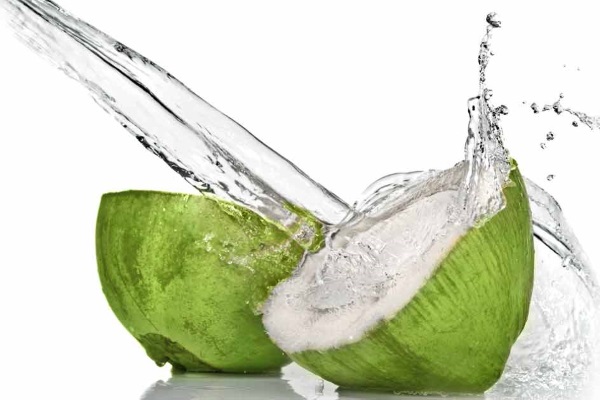 Back when coconut water became a thing, marketers positioned it as a hydration powerhouse, claiming its natural sugar and electrolytes will hydrate better than water. While the nutrient composition of coconut water does resemble a lighter, more natural version of a sports drink, it may not deserve all of the hydration hype after all.

How Coconut Water Compares
Coconut water is simply the naturally occurring liquid from the inside of a coconut. Nutrition-wise, pure coconut water contains about 45 calories, 11 grams of carbohydrates (9 grams from natural sugars), 70 milligrams of sodium and almost 500 milligrams of potassium per cup.

Comparatively, plain ol’ bottled water has no calories, carbohydrates, sodium or potassium. The nutrient profile of sports drinks varies greatly among brands but, on average, one cup will provide 55 calories, 14 grams of carbohydrates (all in the form of added sugar), 105 milligrams of sodium and just 30 milligrams of potassium.

What the Science Says
Only a few studies have looked at the impact of coconut water on rehydration after exercise, the majority of which report little to no difference between coconut water, traditional sports drinks and water.

It’s worth mentioning here that all of these were small studies with 12 or fewer participants. Take these results with a grain of salt, so to speak, at least until larger, more reliable studies are done.

Hydration Takeaway
As far as hydration goes, the evidence suggests that, when consumed in adequate quantities, plain water, coconut water and sports drinks are all comparable. This makes sense, as there is little physiological basis that sodium-containing drinks enhance water absorption as long as your diet contains an adequate amount of salt. For the majority of us who are trying to lose or maintain our weight and work out for 60 minutes or less under normal conditions (i.e., not in extreme heat and humidity), water remains the smartest, and most affordable, hydration choice.

For those exercising vigorously for more than one hour or in extremely hot conditions, sipping on coconut water or a sports drink can enhance performance and promote fluid retention during exercise. Just keep in mind that natural coconut water contains less sugar (muscle fuel) and sodium (an important hydration electrolyte) than the average sports drink, which is engineered to improve and optimize athlete performance.