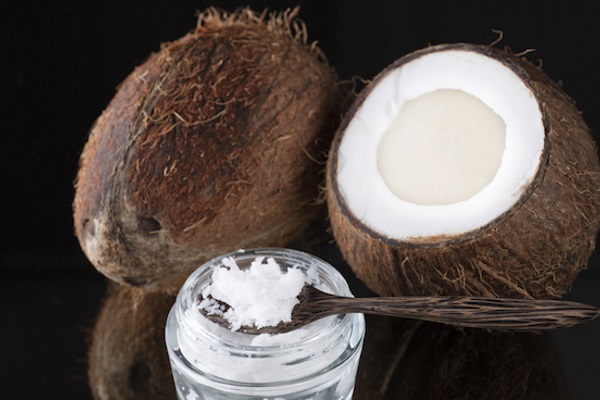 Have you heard about the new “miracle food”? Oh, you’ve got to try it. Did you know it cures cancer? And whitens your teeth? And prevents Alzheimer’s? It also reduces inflammation and improves your memory. It even clears your skin! What am I talking about? Why, coconut oil, of course.

Coconut oil is being hailed as the next big thing, and its purported benefits seem never-ending. Perhaps you’ve read about coconut oil’s miraculous properties on the internet, or maybe a family member or friend espoused its greatness. But is coconut oil the real deal, or is this another case of a trendy health food getting overblown? STACK investigates.

Coconut Oil Nutrition Facts
Before we talk about the benefits of coconut oil, let’s look at its basic nutrition facts.

Those numbers certainly don’t look great. Based on the standard data you find on a nutrition label, coconut oil looks ridiculously high in calories and saturated fat while containing almost no useful nutrients. So that’s it? Case closed? No way a food that packed with saturated fat and that low in valuable nutrients can be healthy, right?

Although over 90 percent of the calories in coconut oil come from saturated fat, that’s not necessarily a bad thing. Why? Because not all saturated fat is created equal.

Breaking Down the Benefits

Now that we’ve explored a bit of the nutrition science of coconut oil, let’s take a closer look its benefits.

Weight Control
One of the biggest supposed benefits of consuming coconut oil is that it aids in losing weight and maintaining weight loss. There is some evidence to supports this idea, but it’s certainly not a slam dunk.

The biggest thing here is that any potential weight loss would come from substituting coconut oil for the butter or lard that’s already in your diet. It does not mean that putting coconut oil in or on everything you eat will cause you to magically shed pounds. “Like all edible oils, coconut oil is high in calories—about 120 per tablespoon—so it would be counterproductive to consume large quantities in hopes of losing weight,” writes the UC Berkeley School of Public Health.

Similar to the parameters regarding weight loss, the impact of coconut oil on your cholesterol depends on what you swap it for. “If it takes the place of poly-unsaturated fats (as in many vegetable oils), it’s likely to raise LDL; if it replaces butter or lard, it may have a neutral effect or even lower LDL slightly,” writes the UC Berkeley School of Public Health. But coconut oil does seem to raise HDL fairly reliably, which could certainly reduce your overall risk of cardiovascular disease.

Memory and Alzheimer’s Disease
Coconut oil’s positive impact on memory is one of its most exciting alleged benefits. Consuming coconut oil is rumored to not only improve memory, but also to treat Alzheimer’s disease.

The theory is that medium-chain triglycerides increase the liver’s production of ketones, which are a byproduct of fat breakdown. Since the brains of Alzheimer’s patients have an inability to use glucose as an energy source, it’s theorized that ketones might be an alternative energy source.

However, not much scientific research supports this. The Alzheimer’s Association states that while “a few people have reported that coconut oil helped the person with Alzheimer’s, there’s never been any clinical testing of coconut oil for Alzheimer’s, and there’s no scientific evidence that it helps.”

Inflammation
Relieving inflammation is another big potential plus for coconut oil, especially for athletes. Research has confirmed that ingesting coconut oil can help reduce inflammatory effects. However, most of this research has been animal-based, and even when the results have been positive, the differences aren’t that significant.

Examine looked at various studies on this topic and concluded that “ingestion of coconut oil, relative to other dietary fatty acids, may be associated with anti-inflammatory effects, although they do not appear to be of remarkable magnitude.”

Hair and Skin
From a superficial standpoint, coconut oil’s supposed positive effects on hair and skin are appealing. The benefits are not without basis, since coconut oil and lauric acid are frequently used in cosmetic products.

Examine states that “coconut oil appears to have direct protective and moisture preserving effects on hair when applied.” In terms of skin health, “there appears to be low allergenicity and immune reactivity of coconut oil and its components when topically applied to the skin, suggesting it can be useful for those with sensitive or reactive skin.”

The Verdict
Coconut oil does seem to have interesting health benefits, but more high-quality research is needed before we can be certain. Most health benefits of coconut oil have been observed only when it’s swapped into a diet to replace existing long-chain triglyceride foods.

If you’d like to try coconut oil, don’t start by putting it on everything. Strategically using it instead of butter, lard or vegetable oils (excluding olive oil) is the way to reap its benefits. Also, make sure to select virgin or unrefined coconut oil. If you’re cooking with coconut oil, don’t use it in recipes that call for extremely high heat. It has a smoke point of 350 degrees, meaning it breaks down if exposed to heat higher than that.