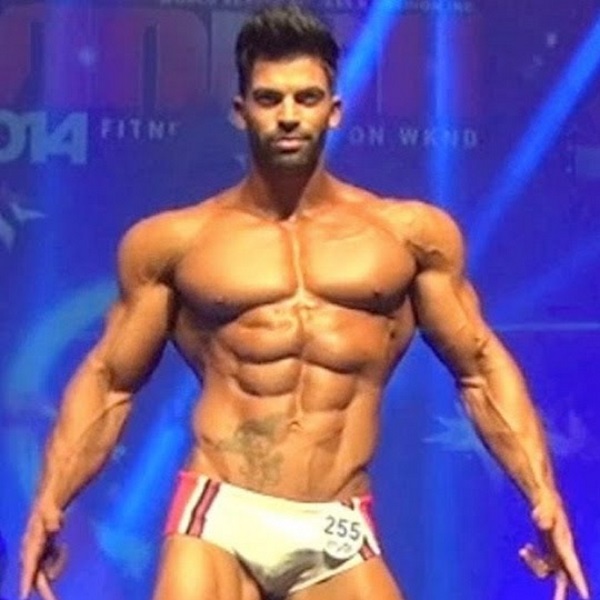 A knee-jerk reaction to Arnold’s comments at last year’s ASC, the new Classic Physique division was started as a way to bring back what many bodybuilding fans believe has been lost over the years—a judging system which places a premium on aesthetic excellence over sheer mass. Although created with good intentions, I can’t help but question the competence of those responsible for instituting the class’s current guidelines. Despite a long history of brilliant entrepreneurship among the IFBB’s ruling elite, the current division seems to lack expertise when it comes to establishing an appropriate height-weight ratio for its competitors. With the word “classic” found in the division’s title, it naturally draws close association with those athletes who helped define the term; men such as Arnold, Zane, Nubret, and Paris. But when a division’s height-weights limits are ill-suited even for those it was patterned after, not only does it fail to capture the essence of the intended era, but it leaves one wondering just what the target demographic actually is.

Case in point—Frank Zane. Recognized as one of the smaller bodybuilders even in the 1970’s, Frank stood 5’9 and had a self-proclaimed competitive bodyweight of just 195-198 lbs at his Olympia best. Yet, according to current guidelines, Frank would have been too heavy to qualify for Classic Physique. Too Heavy? If the very guys who inspired the class, including the least developed ones of the bunch, couldn’t even qualify for this new division, just what kind of competitors are they expecting to bring to the stage in 2016? I’ll tell you this, it sure isn’t going to be “classic” in the traditional sense, or any sense for that matter.

As for the heavier bodybuilders who also fit the classic mold, such as Arnold, Lee Haney, Flex Wheeler, or Shawn Ray, you can forget about it. Anyone possessing those proportions would be far too heavy and therefore forced to either pursue mass at all costs in the Open Bodybuilding division, or don a pair of board shorts in Men’s Physique. To prove my point, take a look at the official height and weight requirements shown below (the following was taken directly from the NPC News Online website):

I understand the logic behind grouping competitors according to height-weight ratios (although I personally disagree with the approach), but at least make these requirements compatible with serious bodybuilders. In comparison to men’s open bodybuilding, in which the typical 5’9 competitor often weighs between 240 and 270 pounds, a classic physique athlete of the same height would be forced to compete at a maximum of 185 pounds. While that might fly in a natural organization, it seems a bit light for those competing in a non-tested “bodybuilding” division.

You see, it takes a certain amount of muscle mass to be a bodybuilder. Even when striving after the classic look, in which aesthetics are a priority, certain areas of the physique must still be sufficiently developed in order to exhibit the proportions necessary for looking like a bodybuilder. When this doesn’t happen, the individual takes on an “almost there” appearance. We see this all the time at local shows, in which novices show up lacking the characteristic v-taper, lines, shape and overall balance of more advanced competitors. Quite simply, if a bodybuilder wants to be able to showcase a level of development necessary for emulating the classic look, he needs to be able to weigh more than what this division currently allows for.

Further compounding the issue is that there is no single height-weight ratio that is ideal for everyone. Genetic factors such as shape, structure, muscle attachments, joint size, and many others all play a role in determining one’s ideal bodyweight, regardless of whether the individual is trying to achieve a classic look or compete in men’s open bodybuilding. By forcing competitors to remain within a pre-determined height-weight ratio, it effectively prevents the majority from being able to bring their best “classic look” to the stage. Only those athletes for whom this pre-determined ratio is ideally suited will be able to do so. Bodybuilding has always been about genetics, but at least in the men’s open competitors are free to develop their physiques according to their own genetic strengths and weaknesses, thereby presenting the best possible package their genetics will permit. That isn’t going to happen in Classic Physique, as the competitors will be forced to develop their bodies’ within a very narrow definition of what “classic” should be.

My guess is that this new division, at least in the beginning stages, is going to attract competitors who are anything but “classic” in appearance. Many will choose to enter this division simply because they aren’t big enough to successfully compete in the men’s open. Therefore, the vast majority will be nothing more than under-developed bodybuilders in poor condition attempting to duplicate traditional poses in a most painful manner. Making matters worse is that most of these guys will lack the genetic gifts required for developing a classic physique in the first place, making their presence on a “classic physique” stage seem even more out of place.

We saw this same thing happen when women’s bikini was first introduced. Most of the division’s initial competitors looked like your typical beachgoer—and not the stand-out ones either. In most cases, even your local wet T-shirt contest displayed a higher caliber of competition than what we witnessed at these early shows. Some of the competitors could even be deemed overweight by normal standards, with guts, saddle-bags, and cellulite to go along with their ill-fitting bikinis. Overall shape and structure was poor, and the victors of those contests would place dead last in even a small regional show today.

As time went by the quality of competition increased, eventually culminating in the establishment of the Bikini Olympia, which today is loaded with women who epitomize the division’s original vision. Classic Physique will undergo a similar evolution, but one which will ultimately be stunted by excessive restrictions. We got a taste of what such restrictions can do in the now defunct 202 lb division, as many competitors weren’t able to adequately fill-out their physiques or bring up weak points without surpassing the weight limit. Fortunately, the problem was recognized and the weight limit increased to 212 pounds, which was much more reasonable. However, with Classic Physique having multiple weight and height limits, I foresee the problem becoming much worse. As things are currently, it will be impossible for the majority of competitors to fully capitalize on their genetic gifts, effectively stopping them from coming anywhere close to building their own best classic physique.

Perhaps one day, when the times comes, this shortcoming will be recognized and addressed, just as the 202 lb class was eventually changed into the 212 lb class, but only time will tell. For now, I am excited to see how things play out. I don’t expect much up-front, but within 2-3 years we should start seeing some damn good physiques take the stage in the pro ranks. In a division brimming with potential, let’s hope for the best and see where this thing takes us.