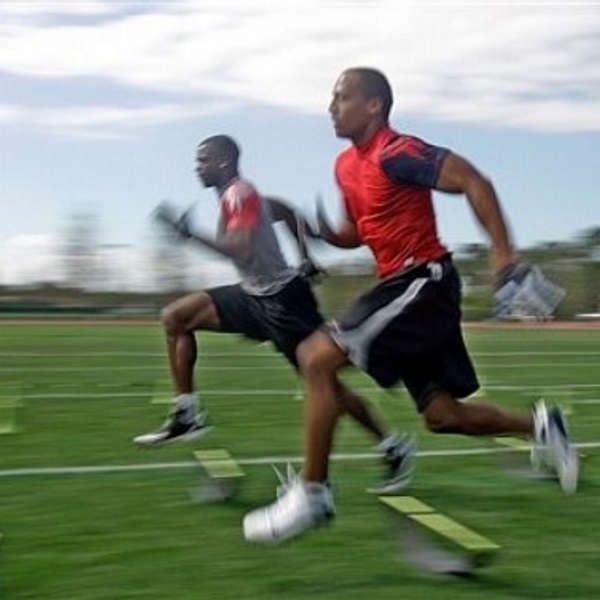 Elite athletes usually have a jam-packed training schedule. Adding more training often means over-training, which can results in a drop in testosterone level, muscle breakdown and reduced performance. Fortunately, though, there’s interval training: a possible solution according to sports scientists at Tarbiat Modares University in Iran. They discovered that free-style wrestlers become even fitter and produce even more testosterone if they add interval training to their routine.

The researchers got 8 experienced male wrestlers to do interval training twice a week for 4 weeks. The training consisted of six 35-m sprints, with 10 seconds rest between sprints. A session lasted just 4 minutes, including a warming up and a cool down.

A control group of 7 wrestlers continued to train as before, doing the same amount of training – except for the interval training – as the experimental group. They did strength training twice a week, plyometric training once a week, and wrestled three times a week. Friday was their day off.

The maximal oxygen uptake in the experimental group increased by 5 percent: a statistically significant effect.

Conclusion
Because interval training is so quick to do it’s a great way for athletes to make improvements to their condition even though they’re on the brink of over-training because of a high training volume, the Iranians conclude.

“However, it must be considered that anaerobic types of training are very intensive; thus, the volume of the training should be monitored and increased with caution; otherwise, the performance may be reduced”, they warn. “Therefore, the use of a higher number of sprints should be investigated further.”