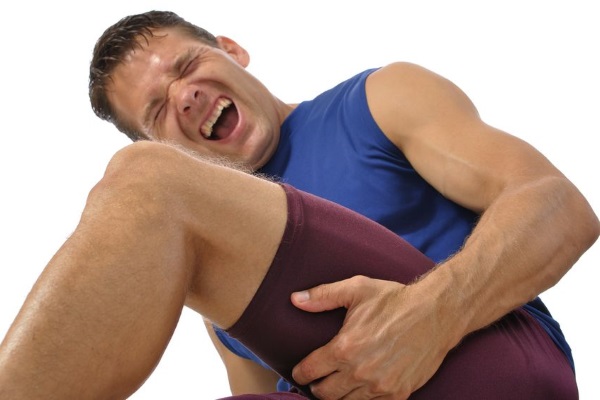 Today’s guest post comes courtesy of Dallas based personal trainer, Shane McLean. Shane’s an avid commenter on this website and passionate coach. Today he discusses injuries and how to best deal with them.

Those smiling, annoying critters pop up faster than you can smack them down. How I love to thump them into the middle of next week.

Sometimes, don’t you feel the same way about those niggling injuries that hinder your progress in the gym? After one heals, another one rears its ugly head. Then it’s the never-ending story of rest, rehab and training around your current niggle.

(If it was truly never-ending, why did they make parts II and III?)

Since I started taking this exercise thing seriously, I’ve trained around and rehabbed through several injuries (some have been my own fault) including:

Before you start rubbing your two fingers together to make the world’s smallest violin and tell me to “suck it up, wuss bag,” there’s a point to all this.

I’ve learned along this exercise journey that yes, shit happens, but it’s how you deal with it that counts. Trust me, I’ve found this out the hard way.

So next time you suffer a setback whether it’s your fault or not (I’m not here to judge) use one or all of the following strategies to get back on your feet sooner after the injury bug knocks you down.

Some may seem obvious, but it’s always good to be reminded. Well, that’s what my mother always said, anyway.

1. Lean On Your Network
With the advent of social media, it’s super easy to make nice with health and fitness professionals around the world, and personal trainers/strength coaches are just friendly guys all round, right Tony?

[Note From TG: Unless you attack one with a kettlebell.]

When you’re asking, make sure your questions are as concise as possible to avoid possible confusion and wasting their time.

[Note From TG: Best piece of advice I can give anyone reaching out to a fitness professional for advice?: don’t write a dissertation. Nothing irritates me more then when I open an email and it looks like a Dickens novel.

I’ll take one glance and often archive those emails for a later time (which could be multiple weeks). It just reeks of the sentiment that “my time is more valuable than yours,” and comes across as woefully inconsiderate.]

While it’s almost impossible to diagnose over the internet, they can offer suggestions on what to do because they may have encountered a client with a similar injury.

At worst, they will completely ignore your question or offer a suggestion on who else to contact.

Either way nothing ventured, nothing gained. It never hurts to ask.

2. Learn Perspective
On my way to yet another physical therapy appointment, I was having a “woe is me moment.” My back was killing me, and I didn’t see any light at the end of the tunnel.

Okay, you can cue those violins again?

At that very moment I walked past two guys on their way to PT. One was in a wheelchair with no legs, the other had an amputated leg below the knee, walking with the aid of a walker.

When my therapist Regan Wong asked me how I was feeling, I had a response all cued and ready to go.

“Regan I was going to tell you I felt like shit. But then I walked past two guys in the car park without the use of their legs. I’m good, Mate, so let’s get to work.”
No matter how bad you’re feeling, someone has it much worse than you.

So stop complaining. Stop telling everyone within ear shot at the gym that you’re hurt. That guy in the wheelchair doesn’t give a crap. Get back to rehab. Do the work.

3. Keep Your Eyes On the Prize
While others are hoisting weights around, you’re in the corner with your light dumbbells, stability ball and bands doing an exercise to activate your serratus anterior.

Rehab is long, tedious and time consuming. I get that. After you’ve finished, there’s barely enough time to do your mindless cardio and bicep curls. Then it’s time to hit the showers and punch the clock.

There’s always a temptation to leave a few exercises out to get to the fun stuff sooner, or to totally skip the exercises your Trainer/Physical Therapist/ Chiropractor gave you so you can join your friends under the bar.

In my experience, that only leads to more heartache and pain. You end up on a merry-go-round, and not the fun kind with fairy floss and unicorns.

Keep the eye on the prize, which is your health and lifting heavy. Keep repeating the mantra “every little bit helps.”

Every rep, every set of rehab exercises will get you closer to getting healthy

Take yourself away from the iron, just for a little while, it isn’t going anywhere. Your body will end up thanking you in the long run.

4. Stay Positive, It Doesn’t Last Forever
When you’re hurt and you’re limited in what you can do, it’s very easy to get down on yourself. You may think you’re getting weaker and smaller by the second when lifting those pink dumbbells.

While addressing muscle imbalances that you never knew you had (besides traumatic/chronic injuries) that may have led to getting hurt in the first place, you’re actually getting stronger.

Strengthening your weakness while maintaining a training effect for the rest of your body will help you come back stronger when you eventually hit the weights/playing field again.

[Note From TG: As a quick aside, no, you won’t develop an imbalance because you happen to train one side of the body or limb over the other. In fact, there’s a lot of research to indicate that training the NON-injured area or limb will result in a “feed-forward” or neural effect to the INJURED area/side which will make healing faster!

Besides, as noted earlier, it’s only temporary. What’s the alternative, don’t train at all because you’re scared one bicep or pec muscle will look bigger than the other? Come on.

Another quick aside: bacon is delicious.]

All those professional athletes that come back from serious injuries cannot be wrong. How often have you heard injured athletes say they will come back bigger and stronger than ever?

Maintaining this positive attitude throughout your injury rehab will benefit you because nothing is forever, including being hurt.

Wrapping Up
No one likes being hurt, but unfortunately it’s a part of our gym lives. However, there’s always light at the end of the tunnel. Keep your head up, stay positive and stay on the rehab path.

You’ll be back crushing weights in no time.