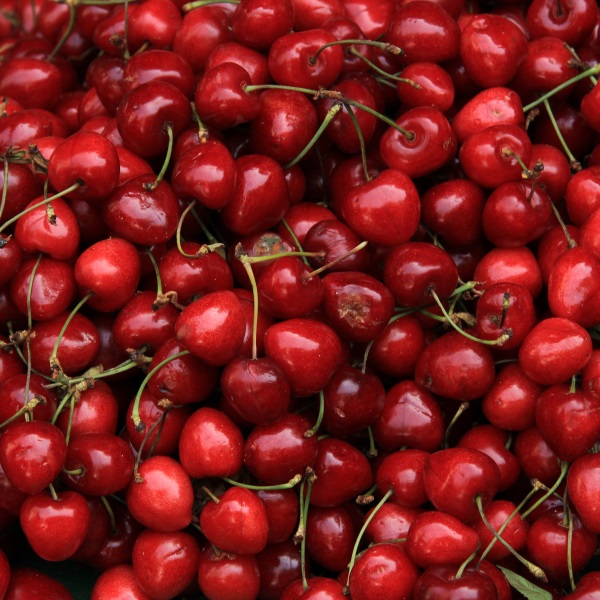 Cherries at a provencal market in France

Ageing is accompanied by a steady increase of the stress hormone cortisol, which is why elderly people often feel less well than when they were young. But not if they eat about 40 cherries a day, advise researchers in Experimental Gerontology at the University of Extremadura.

Cherries as a superfood
Cherries are an exceptionally good source of phenols, which is why producers of superfoods have more than an average interest in products based on cherries that can, for example, improve the quality of sleep or help muscles to recover after a marathon or an eccentric workout.

Researchers at the University of Extremadura gave subjects the equivalent of 18 cherries twice a day for 5 subsequent days. To be precise, the Spaniards used a patented extract of cherries from the Jerte Valley. Each dose supplied 1580 mg phenols plus 2 mg tryptophan, 27 nanograms serotonin and 16 nanograms melatonin. On another occasion, the subjects were given a placebo for 5 days.

Results
As the figure below shows, the amount of cortisol dropped in the subjects’ urine during the days on which they were given a supplement.

The young subjects didn’t notice much effect from the supplement, but the other two groups did. Their Trait and State Anxiety Scores were reduced; in other words, the cherry supplement made them less nervous, fretful and tense.

The subjects also produced more serotonin as a result of the supplement. The figures below show the results for the Middle-Aged and the Old groups, but the figures for the Young group are not very different.