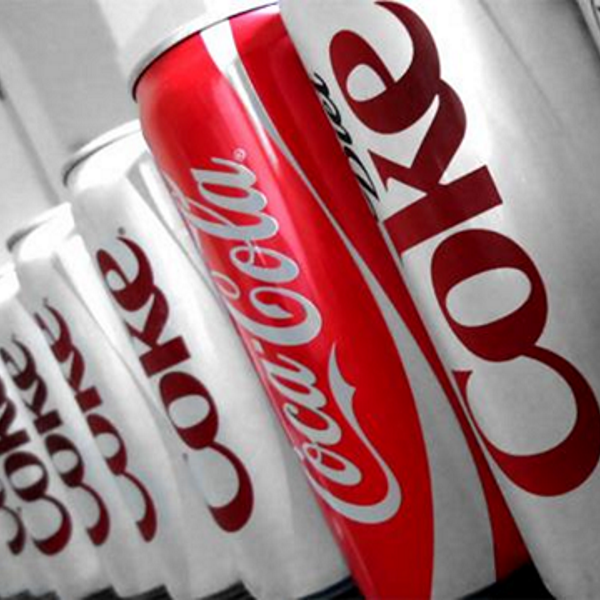 Meanwhile, even many of those who are against the use of sweeteners admit that drinking diet coke is less of an obstacle to weight loss than regular coke. That it could, as the study at hand clearly indicates, even promote weight loss compared to water is controversial, though.

It is one of the die-hard rumors in the fitness industry: Artificial sweeteners will stall your weight / fat loss and have your weight jojo back up, when you stop dieting. As a SuppVersity reader you know that this claim is not supported by science. For the first part, controlled trials like the 2014 study by Sørensen et al. actually show that the exact opposite is the case, i.e. that the consumption of artificially sweetened beverages promotes, not hinders weight loss.

Skeptics, however, will say that “in a caloric deficit, and in comparison to regular beverages”, which was the scenario in the Sørensen study, “everything will work” – a valid argument, I have to admit. After all, the alleged insulinogenic effects said people ascribe to non-nutritive sweeteners would be more harmful during phases of attempted weight maintenance; phases as they’ve been investigated in a recent follow up to a previous study by Peters et al. (2015).

To be more precise, Peters’ study was a year-long trial designed to compare the effects of beverages sweetened with non-nutritive sweeteners (NNS) to water as part of a behavioral weight management program consisting of 12 weeks of active weight loss (results previously published in Peters et al. 2014) and 40 weeks of weight maintenance (results now published in Peters, et al. 2016).

Figure 1: Weight and waist loss during the initial 12-week weight loss phase of the study (Peters. 2014).

As previously discussed in the SuppVersity News on Facebook, the results from the 12-week weight loss phase of this trial were in line with those of the previously cited study by Sørensen et al. (2014) – with the important difference, however, that Sørensen et al. compared non-nutritive sweeteners (NNS) to sugar-sweetened beverages, while Peters et al. found that the NNS group experienced greater weight loss during the 12 weeks of active weight loss, as well as more pronounced reductions in waist circumference, blood pressure, cholesterol, LDL, and triglycerides, even if the control group consumed plain water group (Peters. 2014 | see Figure 1 for weight and waist data).

Figure 2: Consuming NNSs decreased the hunger of the subjects during the 12-week weight loss phase (Peters. 2014).
Mechanistically, the observed benefits may be explained by the opposing effects the consumption of NNS sweetened beverages and water had on the subjects’ appetite: Unlike the group that kept consuming artificially sweetened beverages and experienced a significant reduction in hunger scores even while dieting, the ones who were allowed to consume only water reported significantly increased levels of hunger on the 0-100 pts hunger scale Peters et al. used (see Figure 2).

What about the effects on the microbiome? You may have heard it on BBC’s “Trust me I am a doctor”: saccharin appears to mess with the gut microbiome in some of us to a degree that affects our blood glucose levels. That’s at least what the TV-crews mini-study shows; and in fact, as a SuppVersity reader you know that the grand daddy of artificial sweeteners (that is by the way no longer used in many products) appears to actually exert the negative effects some people ascribe to every form of sweetener. Speaking of other forms. The TV team was also able to show that stevia, which has been shown to affect the microbiome, as well (learn more), does not affect fasting glucose levels.

In the follow up paper, Peters et al. (2015) now report that the 158 male and female subjects in the NNS group did also have an easier time maintaining their weight loss than their 150 peers in the water only group (see Figure 3); a result of which the scientists say that it was neither due to differences in physical activity / sedentary time or caffeine intake, which were (within the usual statistical margins) identical in both groups.

While Peters et al. (2015) rightly point out that “it is not possible from the present data to explain why the NNS group lost more weight than the water group despite receiving identical weight loss instruction and beverage interventions that both contained zero calories”, they are right to conclude that their findings …

“[…] are important as there continues to be uncertainty about the benefit of NNS for weight management based largely on observational studies showing associations between NNS consumption, obesity and weight gain.” (Peters. 2015).

This is particularly true in view of the fact that the data clearly opposes the often voiced claim that NNS promote obesity by interfering with normal mechanisms of energy balance.

Sponsorship? Yes, the study was funded by the American Beverage Association, but (a) the American Beverage Association was not involved in the design, conduct, interpretation, or manuscript preparation of this study and a third-party organization was hired at the PIs’ request to audit data at both clinical sites to check for the accuracy and integrity of the data. Since the latter are furthermore not really open to intepretation, the “sponsorship argument” is a weak one when it comes to defending the initially defined weight loss myth. In addition, it must be said that it is unrealistic to assume that you could do a 1-year study with more than 300 subjects without external funding – especially, if the research question is not on the TOP-list of the government.

This claim, however, is – as far as experimental evidence is concerned – based exclusively on animal studies; studies that conflict with both, the study at hand and the few other published long-term human trials that evaluated NNS for weight loss (Blackburn. 1997; Tate. 2012): 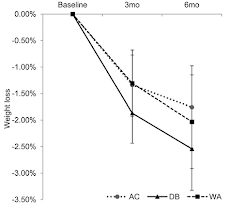 And if we take a look at the totality of research, it becomes obvious that even observational data, some of which is often used to support the claim that artificial / non-nutritive sweeteners were among the driving motors of the obesity pandemic, indicate that artificially sweetened beverages and foods are valuable weight loss tools (Phelan. 2009). Among those of the subjects listed in the National Weight Control Registry who maintained a weight loss of at least 30 pounds for at least 1 year, for example, the vast majority of 78% says that artificially sweetened products has helped them tremendously to achieve and maintain their weight loss (Catenacci. 2014).

So what’s the verdict? Reliable experimental evidence for the alleged obesogenic effects of artificially or, more generally, non-nutritively sweetened beverages in humans does not exist. The number of studies showing that it supports short- and long-term weight loss and weight maintenance, on the other hand, is ever increasing.

This does not mean, though, that individual differences may make you more susceptible to overeat when you consume artificially sweetened beverages while dieting. For the average dieter, however, the 2014 study by Peters et al. and its follow-up show that the opposite is the case. It is thus only logical that the majority of 78% of the successful weight maintainers in Catenacci’s observational study from 2014 say “that they helped them control or reduce their total food or calorie intake”