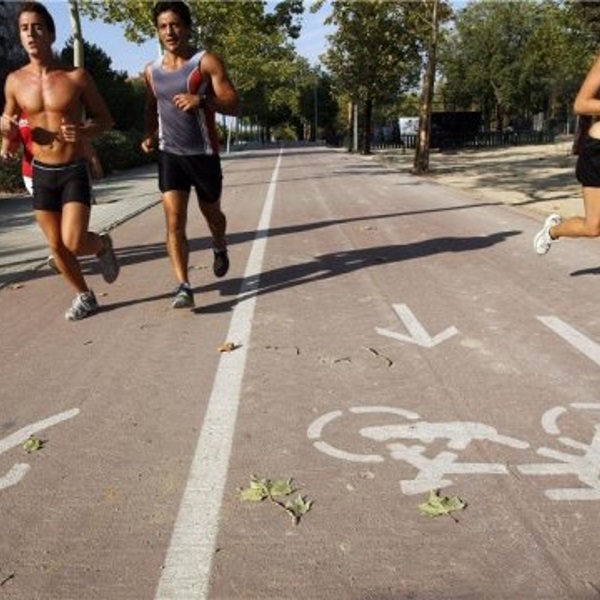 When we exercise, our body’s oxidation of fat and carbohydrates depends on the intensity and duration of the activity. A new study analyses the effect of consuming an alkaloid, p-synephrine, on the burning of lipids and refutes the value of “miracle” diets: it is not possible to lose more than a kilogramme of fat per month.

New research published in the British Journal of Clinical Pharmacology analyses p-synephrine’s role in burning fat during rest and exercise. This alkaloid can be found in nature (although at low concentrations) in a wide variety of citrus fruits such as oranges, mandarins and grapefruits, and commercially (at greater concentrations) as extract of bitter orange (Citrus aurantium).

“There is very little scientific information on this substance’s effects on metabolism and the oxidation of energy substrates during exercise or on the side effects of the continued consumption of this substance,” SINC was told by Juan Del Coso, a researcher from Camilo José Cela University and a lead author of the paper.

Because of its chemical similarity to ephedrine (a nervous system stimulant), and the substance’s activation of β3 adrenergic receptors, it has become a popular food supplement, typically included in weight loss products.

“The advantage of p-synephrine is its reduced activation of β1 y β2 receptors and consequent weak influence in raising arterial tension and heart rate, which mean the substance has fewer side effects than other adrenaline stimulators,” Del Coso adds.

The purpose of the investigation was to determine the effects of acute intake of 3 mg p-synephrine per kg body mass on energy metabolism and the rate of fat and carbohydrate oxidation during rest and exercise.

An hour after ingesting the substance, energy expenditure and arterial tension were measured before and after physical activity, in this case using a static bike. Acute p-synephrine ingestion had no effect on energy expenditure, heart rate or arterial pressure.

“However, the substance produced a notable change in substrate utilisation during exercise: p-synephrine ingestion pre-exercise increased the rate of fat oxidation and reduced carbohydrate oxidation at low and moderate intensity,” the expert explains.

In fact, p-synephrine increased individuals’ maximum capacity to burn fat, although it did not change the intensity at which this was attained. This data suggests that p-synephrine supplements could be useful to increase fat oxidation by of 7 g per hour of exercise.

There is no such thing as a “miracle” diet

The maximum rate found for fat oxidation during exercise, in this case in cyclists, was 0.7 g/min. That would suggest that in a best-case scenario, an individual could burn 42 g of fat after an hour of exercise at that level of intensity.

“This means the weight changes we experience when we start exercising are not based on fat loss, but mainly on fluid loss. This is why the majority of ‘miracle’ diets and slimming programmes produce a ‘rebound’ effect due to the recovery of the lost fluid,” the researcher argues.

Real weight change, based on the oxidation of fat through exercise (and diet) causes a real loss of 200–300 g per week, a little over 1 kg per month.

“That should be the aim: to lose a kilo per month, but a kilo of fat. It’s less attention-catching than miracle diet slogans, but scientifically speaking, effective change would be at that rate,” he points out. “That said, the rate of loss could increase with p-synephrine, but always combining the substance with exercise.”

The authors highlight the need for further study to determine the effects of the long-term use of this substance on energy production, metabolism at rest and substrate utilisation during exercise.

The above post is reprinted from materials provided by Plataforma SINC. Note: Materials may be edited for content and length.