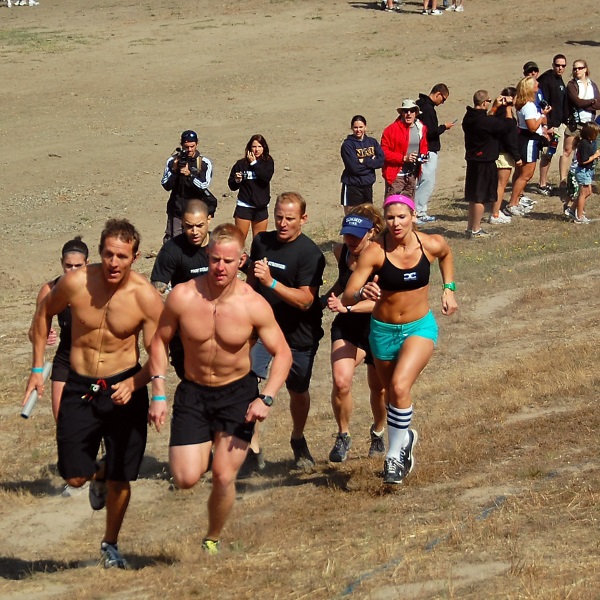 Little research has been done on the “overshoot phenomenon,” but it’s something to be aware of. An “overshoot” occurs when an athlete reduces his or her training load over a period of time, aiming to lower the stress of daily training on the body and mind and optimize sport performance . This reduction is also called a “taper.”

Let’s go through a short overview of muscle physiology as it relates to the overshoot phenomenon. There are three types of muscle fibers: Type I, Type IIA and Type IIX. (Muscles can contain more than one type of fiber—e.g., Type IIA/IIX—but for now, we’ll stick to just three fiber types.)

After the pre- and post-training muscle fiber measures were taken in the studies, a three-month detraining period began. Detraining meaning no resistance training was performed, and the subjects returned to their normal lives. Subjects in both studies were sedentary and had no previous experience with regular resistance training and no regular exercise within the last year.

Both of these studies looked at the sedentary population. But what about an athlete who can’t take three months of training off?

“Overshoot” in Professional Athletes?
One study has looked at the overshoot phenomenon in a professional team sport setting, but rather than observing changes in muscle fiber type, performance-based variables were measured.

A step taper was implemented 21 days out from the start of the first round of the NRL season. A step taper is where training load is reduced suddenly rather than gradually. In this instance, the reducation in training volume manipulated the reduction of training load, while intensity remained high. During the taper, the subjects performed only one resistance training session each week, while field sessions remained the same. A power-force-velocity profile was created for each athlete pre- and post-taper period using Jump Squats ranging from 0 to 100 percent of body weight as external load.

What happened after the taper?
After the taper, a likely small increase in force occurred while improvements in velocity were unclear. Maximal power and the Jump Squats at varying external loads, however, showed “likely to most likely” moderate increases from pre- to post-taper.

What does this all mean and what can we do with this information?
The first two studies dealt with sedentary subjects, who produced greater force at greater velocities post-detraining compared to both pre- and post-training. Also, these subjects produced greater power compared to pre- and post-training at greater angular velocities. Professional athletes, after a 21-day taper, showed a positive change in maximal power and performance. The positive changes seem to be influenced by the increase in force capabilities rather than velocity, which goes against the first study. One possible reason for this was the taper length, as the later study tapered for 21 days while the 2005 study detrained for three months. For a professional athlete, this would never be possible. Therefore, a short step taper implemented in this fashion leading into a season could be used to “peak” athletes for their first competition.

So could this be useful to you?
From these data, we could speculate that the “overshoot” may relate only to high-velocity unloaded movements (e.g., punching, sprinting, jumping) due to the increased Type IIX muscle fibers and greater velocity and power qualities. However, you can implement a short step taper to potentially improve force and power capabilities. If you compete in a pure power sport (short sprint cycling, sprinting, etc.), you could implement it to peak for a big competition after a long preparatory period, potentially enhancing your ability to display speed and power in your sport. For team sports, you could use this kind of taper during your last weeks of pre-season or before a finals playoff series.

However, it is hard to prescribe an “overshoot” for sports where you need to perform every week, since we still don’t know many things about tapering and the “overshoot phenomenon.” For example, how long do these changes last? Do they affect any other areas of performance such as sprint speed? What is the optimal taper length to elicit the greatest positive changes? Can we do this during the season to peak for the playoffs?

Hopefully, these questions can be answered in future research.