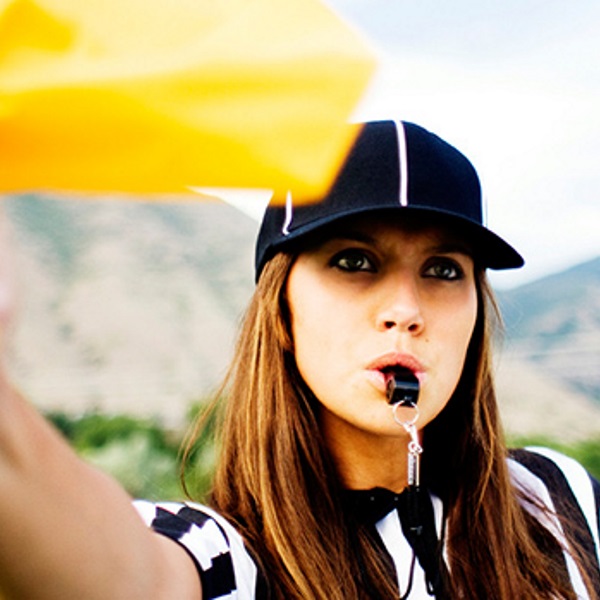 Individual Differences
Research and anecdotal evidence suggests there’s significant variance from sport to sport as well as from individual to individual. There appears to be responders and non-responders when it comes to pre-competition sex.

Sports psychology suggests there’s an optimal balance of anxiety and calmness before a competitive event. Some sports, as well as positions within a sport, depend more so on an athlete’s ability to stay calm, focused, and relaxed. In these scenarios, having sex the day or night before may help assist the athlete by calming the nerves and relaxing the nervous system. This may be the case more so for finesse athletes such as quarterbacks, golfers, tennis players, and long-range shooters in basketball.

A classic example of this is Muhammad Ali, who would abstain from sexual activity for months before fights whereas legendary quarterback Joe Namath was a strong proponent of having lots of sex before a big game. Again, it’s highly individual with much being predicated on the type of sport involved as well as the mental and physical state that’s required.

Similarly, variance from athlete to athlete also has to be considered. Certain athletes thrive off of having specific amounts of tension and anxiety, regardless of the sport or competition.

Endurance Athletes
Ironically, endurance athletes such as marathon runners and triathletes are better off treating pre-competition sex in a similar fashion as athletes involved in aggressive sports. The reason for this is that long endurance activities have been shown to decrease testosterone as well as increase cortisol and estrogen.

Higher levels of testosterone would be one avenue of offsetting these negative affects. Having sex soon before these events could potentially decrease testosterone, thereby compounding the negative hormonal shifts and catabolic effects associated with the long distance events.

The Athlete’s Opinion
This is a topic that’s often discussed amongst many of the pro level athletes I work with, especially collegiate and NFL football players. The common consensus during our discussions is that abstaining at least 48 hours before competition is optimal. Anything sooner, while helping them relax, also seems to decrease aggression and testosterone.

These same athletes often point to the fact that while they were in their late teens and early twenties they could participate in higher frequency of sexual activities (daily or even multiple times throughout the day). However, after their early to mid 20’s, they’re quick to point out how this frequency of sexual behavior can have a serious impairment on their performance and lead to mild sexual exhaustion and decreased testosterone.

In-Season Precautions
Athletes need to be careful during in-season. One of the factors that typically enhances testosterone is strength training. During the season, athletes are less likely to participate in as strenuous or consistent of a strength training program, meaning testosterone levels may not bounce back as easily after sexual activities.

Performing intense and heavy resistance training on a semi-consistent basis is a great way to ensure that testosterone levels quickly rise back to their normal levels after sex. I’ve seen this consistently with my own athletes. The more they strength train (without overtraining of course), the less they have to worry about sexual activities affecting their strength, performance, or testosterone. Strength training keeps the body’s testosterone levels more stable, making them less likely to be affected from outside factors such as sex. 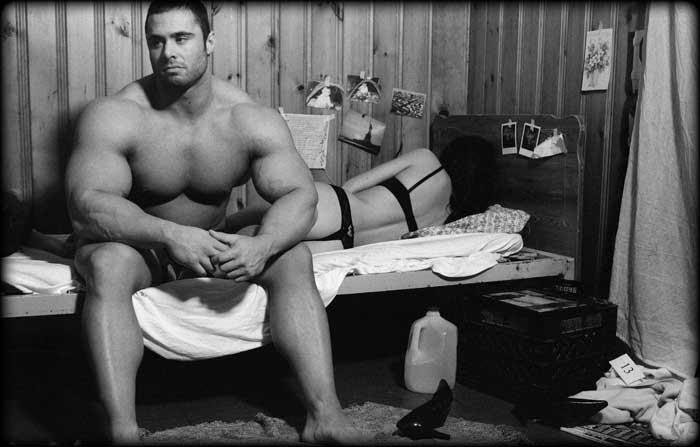 Abstinence
Technically, anything that increases testosterone could improve sports performance, training, and physical strength. There’s research suggesting that abstinence from one to several weeks causes an increase in serum testosterone, which could definitely aid certain types of athletic performance and training. The jury is split on any durations longer than this as there’s less research regarding extended (several months or longer) abstinence.

Some athletes swear that after 1-2 months of abstinence they feel strong increases in testosterone, performance, aggression, confidence, and recovery. However, there’s a “use it or lose it” claim made by some experts as well, suggesting that prolonged periods of abstinence can cause a temporary shutdown of testosterone production as the body has more than it already needs for non-existent sexual purposes, therefore the need to produce more is unnecessary.

In essence, after a prolonged period of semen retention, the body may decrease production of testosterone to make up for what it already has. However, neither of these theories has been fully substantiated by science.

The Real Culprit
Oftentimes it’s not so much having sex the night before that may affect performance but it’s everything else that typically goes along with it, including less sleep. In addition, athletes who frequently have one-night stands are more likely to visit clubs while simultaneously participating in drinking, smoking, and recreational drugs as these often go hand in hand.

This will obviously be more detrimental to their performance than the sexual activity. To paraphrase legendary New York Yankees coach, Casey Stengel, it’s not so much the sex that destroys the athlete, the real culprit is staying up all night looking for it.

Research vs. Real World
In general, when comparing having sex the night before an event to not having sex, most research shows no difference in performance markers or testosterone levels. However, many coaches and athletes claim the opposite, suggesting pre-competition sex (less than 24 hours before the event) negatively impacts their performance.

Whether or not these claims are valid, it’s important not to underestimate the psychological component of these theories. If an athlete thinks something will impact his performance in a certain manner, more than likely it will. Unfortunately, there’s a lack of empirical research regarding the topic of pre-competition sex. Therefore, it’s important to consider all forms of experiential data, personal accounts, and anecdotal data, as well as scientific investigation.

Problems With Research
One of the issues with the topic of pre-competition and pre-training sex is the difficulty in performing practical research – most men won’t volunteer if they know they have to abstain from sex. Even if they do volunteer, there’s a good chance that the data will be somewhat imprecise as these methods often employ the honor system of self-reporting. If they had sex and weren’t supposed to, there’s a strong likelihood that they’ll lie.

Sex and Heart Rate Recovery
Although there’s no conclusive research to support the claim that having sex a few hours before competition affects testosterone levels, there is evidence demonstrating heart rate, recovery, and perceived exertion are negatively altered.

This could lead to increased cortisol levels that would place the athlete in a more catabolic state, thus impairing performance, immune function, and recovery. In addition, a higher relative heart rate while competing or training could potentially lead to increased fatigue and quicker time-to-exhaustion.

Increased heart rate during a given competitive condition or level of exertion is also associated with elevated sympathetic neural drive. The sympathetic nervous system sets the body into fight or flight mode, which can oftentimes make it difficult to focus as the individual will tend to be overly anxious and stressed.

What Scientists and Athletes Agree On
One thing that most researchers and athletes agree on is that having sex on the same day as the competition (specifically several hours before) is rarely a smart decision due to the potential dip in testosterone levels. If there’s a drop in testosterone, the athlete is likely to experience a host of unwanted effects including less energy, impaired recovery, decreased aggression, and even reduced force and power producing capabilities.

In regards to the week of or even the night before, you’re likely to get a mixed bag of opinions. Most modern research suggests there’s no detrimental effect. On the other hand, professional athletes who participate in aggressive-type sports (football, wrestling, hockey, boxing) are more likely to advocate the opposite.

Maintaining vs. Maximizing Testosterone
Although sex before competition and training won’t necessarily cause a significant decrease in testosterone, it certainly won’t maximize it. On the other hand, abstinence does seem to maximize it. In other words, it’s more important to compare the effects of abstinence to non-abstinence conditions.

If we simply examine how testosterone levels are affected after a single bout of sex, there appears to be no significant effect or change in testosterone, at least according to most scientific investigations. However, for many sports and athletic competitions, the goal isn’t simply to maintain normal or status quo levels of testosterone, but to maximize and increase it. With this in mind, abstinence for a week or longer is probably best.

Workouts and Training
In general, the same principles that pertain to competition and high-level athletes apply to your typical workout enthusiasts and training. Having sex the night before a big workout or before the workout itself probably isn’t going to make or break the session, although abstinence would be ideal.

If the workout involves large compound movements such as squats, deadlifts, presses, and Olympic lifting variations, abstaining from sexual activity until post-workout is best as these movements are predicated on aggression, neural ramping, and higher testosterone.

In contrast, if the training session involves smaller muscle groups and isolation movements such as arm exercises, sexual activity is less likely to have an impact on the workout.

Post-Sex Nutrition
Post-sex nutrition is very important particularly if the athlete will be engaging in sexual activity a day or less before competition or intense training. Sex can burn up to 300 calories, which means these calories need to be replenished as quickly as possible if the competitive event is soon thereafter.

Another factor to consider is getting the right type of nutrients. Fats and proteins are key, post sex. Fats are critical for hormonal optimization and protein can minimize any catabolic affect on the muscles. To play it safe, if you have sex less than 24 hours before a competitive event, it would be wise to ingest a quick recovery meal to ensure adequate physiological and endocrine function.

A protein shake with a handful of almonds, walnuts, or seeds would be a great way to re-charge the body after having sex. It’s also important to avoid rapidly digesting carbs that can spike blood sugar as they increase insulin and can delay the rebound effect of testosterone.

Stimulation Without Ejaculation
Several studies suggest that being exposed to a sexual stimulus without having an orgasm may assist performance. For example, any type of activity with a spouse or partner that doesn’t involve an orgasm but still acts as a sexual stimulus would essentially increase testosterone levels temporarily.

This could produce an acute improvement in energy, aggression, performance, and strength. The key is waiting until post-workout or post-competition before engaging in physical sex. If you find it difficult to exercise self-restraint once a sexual stimulus is present, it’s probably best to refrain from this behavior altogether. Achieving orgasm before training or competition would produce the exact opposite effect of what this strategy was originally intended to elicit.

What About Women?
There’s a fairly scarce amount of empirical research on the topic of pre-workout/pre-competition sex and even less in regards to women. However, based on anecdotal and experiential data it would appear that the effect of pre-competition/pre-training sex isn’t the same for women. Professional female athletes such as Ronda Rousey insist that pre-competition sex may improve performance. However, further investigation is needed as there’s currently very little empirical research on the topic. (Additional info from Dr. Jade Teta HERE.)