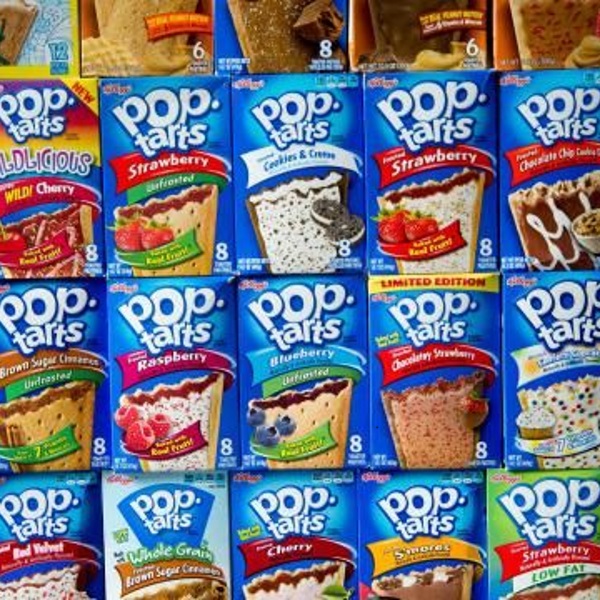 Not exactly an Adonis, huh? And hardly what a personal trainer should look like.

Okay, I wasn’t obese, but I certainly wasn’t in the best of shape – weighing in at over 210 pounds at only 5’8” I was definitely carrying more body fat than I should have done. Thing is, I was training hard, and had some semi-respectable lifts, with just shy of a 500-lb deadlift, and a bench press of 245-lbs for reps. To the average outsider, it would appear that my diet was on point too.

I was a staunch advocate of Paleo eating … and a low-carber at that. This meant that my meals revolved around “good quality” foods such as grass-fed beef, wild caught salmon, almonds, walnuts, plenty of vegetables and everything was cooked in coconut oil or grass-fed butter. (Because as a Paleo-er, you’ve GOT to get those good fats in.) I didn’t eat dairy. I wasn’t lactose intolerant, I just knew that dairy was the devil, and the sugars in milk, cottage cheese, or even some Greek yogurt could potentially blunt my fat burning. I avoided gluten like the plague. I wasn’t celiac, but again, I’d read enough articles to know that gluten was just bad news, so I got rid of all the bread, pasta and cereals from my diet.

Whenever I went out for a meal, I didn’t even need to look at the menu – I’d order a steak and salad, insisting that the dressing came on the side, and that the steak wasn’t cooked in oil. As for artificial sweeteners – heaven forbid! I’d heard from nutrition authorities that these were worse than sugar, and associated with cancer. Ergo, they were bad news.

You might have thought I was happy living this clean eating lifestyle, and following the ways our bodies were designed to eat, but that was far from the case. Sure, I had that wonderful sense of self-righteousness when I listed off the foods I wouldn’t eat because they were bad, and friends and family marveled at my dedication to stick to such a rigid plan, but aside from that, I was miserable. Not only was I perplexed as to why I couldn’t drop any body fat, despite eating as clean as I possibly could, but I was getting infuriated at the lapses in energy I was experiencing, and the feeling that I was constantly having to be super careful over whatever I ate, for fear of eating anything non-paleo.

Fast forward 5 years, and things are a little different. I no longer ban any food, and my diet regularly includes cereals, pizza, sandwiches, and even every flexible dieter’s favorite – the Pop Tart. Heck, I eat ice cream seven days a week, and had “treats” every day while in contest prep. The average person would see my foods list now versus my foods list of 4 years ago, and think I’d gained a ton of fat.

In fact, this is what I look like these days:

How did this transition happen?

And what magic is behind the crazy change?

It All Started with an Email…

Back at my strictest dieting phase, I was browsing the T-Nation forums, and came across a training log of a guy. This dude was just a few weeks out from competition, and was absolutely shredded. What amazed me more than his condition though, was what he was eating:

Okay, they were pretty standard – oats, peanut butter, bread, vegetables, lean meats, cheese, protein bars – that kind of thing, but he didn’t have any banned foods, and didn’t seem to be struggling too much. I HAD to know what he was doing. He mentioned some guy called Layne Norton, and wanting to find out the tricks, I sent Layne a message asking about coaching. He got back to me, and within a week, I had all my plans sent through. The training part I was okay with, but the diet was something else…

You Mean I Can Eat Ice Cream?

I remember gazing, open mouthed in awe at the diet plan I’d got from Layne. I say “plan” – it was really a guide on how to count macros, along with a list of suggested foods, information on fiber, hydration, supplements, re-feed days, workout nutrition and meal timing.

I couldn’t believe it.

I was expecting a fully written out meal plan, complete with six to eight meals per day, a whole host of banned foods, and a weekly cheat meal as I’d been used to. I could even eat ice cream if it was factored into whatever these “macros” were.

On the verge of emailing and asking for my money back, something caught my eye –

“It matters much less WHAT you eat than the number of protein/carbs/fats you take in. It is important to get as close to your numbers as possible.”

I read this again.

The Problem with Paleo

If you’re reading this, you’re probably already well aware of the perils that come with sticking to a rigid and restrictive diet such as paleo, or clean eating. By focusing on an ambiguous food “quality” you completely neglect the most important factor in body weight regulation – calorie balance. It doesn’t matter what types if food you eat, if you’re consuming more calories than you’re burning, you will put on weight. That’s just science. My paleo foods might have been considered healthy, but they were all pretty calorie-dense.

Aside from the veggies, fruits and the lean meats, things like nuts, coconut oil and fatty meat are incredibly easy to overeat, and not all that satiating. A tablespoon of coconut oil for instance has around 115 calories. I was easily getting through two to three of these each day. I figured that full-fat ground beef was healthier than extra lean stuff (don’t ask!) and so a 5-ounce serving of protein came in at around 355 calories, whereas were I to have picked the extra lean stuff, that would have been about 190 calories. That’s a big difference.

Not judging foods by their calorie and macronutrient content wasn’t my only issue though:

Whenever you diet, it’s always a good idea to keep carbs as high as you can, while still allowing for adequate protein and fat consumption. If you’re cutting carbs, your energy and recovery will suffer. While paleo and clean eating aren’t strictly low-carb, they do tend to cut out a lot of the carb sources most of us eat every day – bread, pasta, white potatoes, popcorn, and so on. In a calorie surplus, fat is the easiest macronutrient to store as body fat, and the Paleo style diet tends to be very high in fat.

Whether or not clean eating is physiologically healthy, it can screw you up mentally. Studies have show that rigid diets are associated with increased disturbances in mood [1][2]. By restricting yourself so much and not taking into account calories and macros, you hit a plateau and believe that the only way to get past it is to eat cleaner, which leads to you cutting out more and more foods, and developing a complex.

Additionally, the feelings of guilt are insane. I remember myself feeling like I’d cheated on my diet when I had some ketchup, or a few rice cakes, believing that I’d completely messed up a whole week of progress simply by having something the paleo crowd would have deemed un-clean.

This was my big problem. Leaving aside the fact that my regular weekday diet was putting me into a surplus anyway, due to those paleo foods that were so high in “healthy” calories, I crumbled at weekends. It’s the same for many clean eaters.

By placing so many restrictions on yourself during the week, cravings build up and you find that you can’t just have a small taste of foods that don’t fit with the status quo, and so as soon as you fall off the wagon slightly you figure that as you’ve broken your diet a little, you may as well have an all-out binge. I could easily put down 8,000-10,000 calories in a few hours at a weekend with a couple of pizzas, some chips and dip, cookies and a tub of ice cream. That completely wipes out any deficit you’ve created throughout the other five or six days of the week.

The point of this article isn’t to demonize the paleo diet, or tell you that it’s okay to eat only junk food and hit your macros. Paleo is just fine if you also take into account calories and macronutrients. Likewise, junk food is just fine, provided it only makes up a small portion of your diet, and you still get adequate fiber and micronutrients. What it should illustrate though, is that what matters most in any diet is quantity, not quality.

The idea of what constitutes a quality food is heavily up for debate, as something that’s healthy to a meat eater might not be healthy to a vegetarian. The same goes for paleo, Atkins, low-carbers, clean eaters, raw foodies; you name it – people will argue over what foods are best. Everyone’s body responds to calories and macros though, which means that these are critical, no matter what your goal. Having a restrictive diet only works for a very small percentage of people who never get any cravings, can factor in foods they consider cheats in moderation, and don’t mind being a pain in the ass when it comes to eating out.

For the rest of us though, a flexible diet will not only get us leaner and make tracking progress much easier, but it’s far more enjoyable and sustainable.