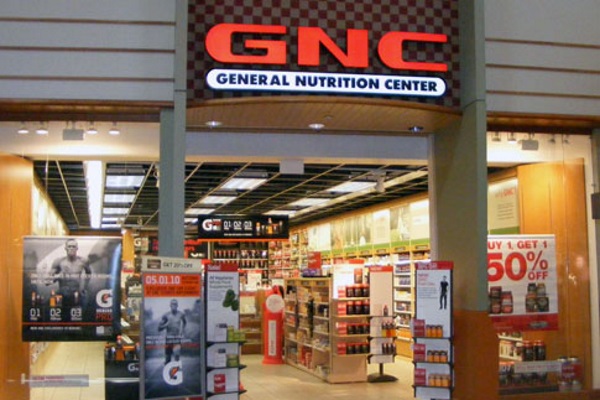 The Oregon Attorney General has sued GNC over the sale of supplements that include picamilon and BMPEA. The announcement of the case caused GNC’s share price to plummet leading to a halt in trading.

In the lawsuit, dated Oct. 22 and available HERE, OR AG Ellen Rosenbaum alleges that GNC violated that state’s consumer protection statue because it misrepresented that “various products that GNC sold in Oregon were lawful dietary supplements when in fact these products were adulterated and unlawful because they contain either picamilon or BMPEA.” The suit went on to say that these ingredients “do not meet the definition of a legal dietary ingredient and may not lawfully be used in dietary supplements.”

Shares of the supplement retailing giant, which has already had a run-in with NY AG Eric Schneiderman, plunged more than 14% in value before the New York Stock Exchange temporarily halted trading on the stock on Tuesday. When trading resumed the panic seemed to have subsided.

GNC issued the following statement: “The claims made by the Oregon Attorney General are without merit and GNC intends to vigorously defend against these allegations.

“In response to FDA statements regarding the regulatory status of BMPEA and picamilon, GNC promptly took action to remove from sale all products containing those ingredients.”

Ingredients have been in spotlight

Picamilon (also known as nicotinoyl-GABA) was developed by the All-Union Vitamin Research Institute in the USSR in 1970. A search on PubMed (accessed Oct 2, 2015) for picamilon produced 49 results, with 39 of those being in Russian. A further five papers were published in Ukrainian. No NDI has been filed on picamilon and earlier this month the Food and Drug Administration confirmed to NutraIngredients-USA that the compound does not meet the definition of a dietary ingredient.

The ingredient was the subject of a letter earlier this month from Sen. Clair McCaskill, D-MO, to FDA asking that supplements containing picamilon (and those that contain vinpocetine) be pulled from shelves.

The OR AG lawsuit also cited the sales of products containing BMPEA, an amphetamine-like ingredient that is said to be derived from the botanical Acacia rigidula. This ingredient has already made news in Oregon, with supplement retailer Vitamin Shoppe agreeing with OR AG Rosenbaum (and with the Vermont AG) to no longer sell BMPEA-containing products in those states.

The ingredient has also come under the spotlight of Congress. Three Senators, Dick Durbin, D-Il, Richard Blumenthal, D-CT and Chuck Schumer, D-NY, have called on FDA to ban the ingredient.

Picamilon (also called piktropin) is not used in very many products, most of which are in the sports nutrition/bodybuilding category. The lawsuit listed 22 different products (including different flavors of the same product) that were sold in GNC stores that contained picamilon for a total of 3,010 bottles.

In the case of BMPEA, GNC featured 19 products that listed the ingredient under that acronym that accounted for 540 units sold in the January 2013 to June 2015 time frame. A further seven products listed “Acacia rigidula” on the label and sold 105 bottles in the state in the given time period.

In the case of both ingredients, all of the products named in the lawsuit were third party products.

The lawsuit seeks $25,000 for each willful violation of Oregon’s consumer protection statute, an amount that theoretically could be applied to each bottle of the cited products sold.

Several observers said that the genesis of this case presents some troubling issues. Attorney Marc Ullman, of counsel with the firm Rivkin Radler LLP, said it raises the issue of a state court judge potentially deciding murky points of Federal food and drug law.

“In the case of BMPEA, is it going to be appropriate for a state court judge to determine whether this ingredient is wholly chemical in origin or if it is found in nature. And further, to decide what constitutes a legal dietary ingredient and what constitutes a New Dietary Ingredient. The question of BMPEA and Acacia rigidula—that to me seems to involve complex federal issues that would better be left to the federal courts,” Ullman told NutraIngredients-USA.

“The question of picamilon is a bit more concerning because FDA has already commented on this,” he said.

For Daniel Fabricant, PhD, president and executive director of the Natural Products Association, the issue that concerns him is a procedural one, in that Cara Welch, PhD, FDA’s acting director of the Division of Dietary Supplement Programs, signed an affidavit on the subject of picamilon that was attached to the lawsuit.

“If FDA had time to write the memo to say that this is not a dietary ingredient, they had time to take action on it if they thought they needed to. FDA can’t delegate its authority to the states. If the agency doesn’t think that this is a public health issue, but they are going to help the state AG go after it, what does that say? The more we can have one set of rules instead of 50 sets of rules I think is better for everybody,” Fabricant said.

The lawsuit also raises the issue of rising liability within the dietary supplement industry. The NY AG went after GNC and others alleging that what the companies said were on the bottles were not there or not there in sufficient quantities. This new suit takes GNC to task for what is there in products they obtain from vendors, saying that the ingredients themselves are not lawful. Either way, it comes back to an old idea: Retailers are responsible for what they sell.

“It could send a very strong message that there is retailer accountability. I have said for years that the ultimate gate keeper is the retailer,” Ullman said.