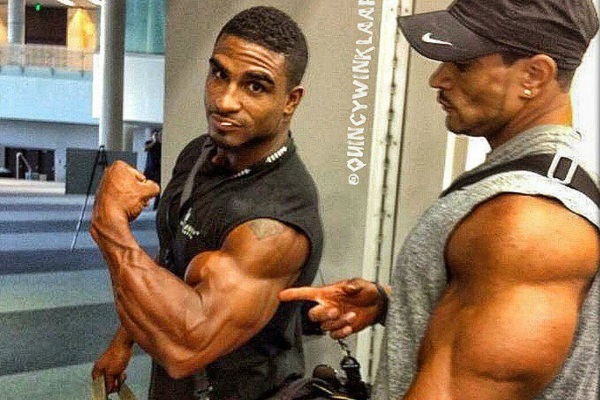 How far can genetics take you?

When it comes to building muscle there are many different schools of thought on the process. Many believe that you can’t build an impressive physique without having the genetics to back it up. To some extent this can be true, but it’s also been used as a crutch for many bodybuilding hopefuls who find themselves pushing moderately hard in the gym, but just can’t get through to the next level. There’s another camp that claims the only way to an impressive physique is through sheer hard work and dedication to the craft. You can’t build impressive biceps, lats, quads, pecs, and calves by doing sets here and there. It requires a different kind of dedication than that.

So which camp is correct in this argument? The true answer is neither, but they both as well. Sounds confusing, but hold on for a second. The reality is that if you were blessed with some great genetics it’ll make growing muscle all the more simpler. If you have horrible genetics then the chances that you’ll be the next Phil Heath are pretty slim. That being said, the other side of the argument is equally as true. If you don’t have the greatest genetics in the world but force yourself to get into the gym and workout hard, chances are that you’ll see some progress over time. Maybe you won’t see it as quickly as genetic superiors, but you’ll definitely reap the benefits of training hard in the gym.

Pro bodybuilders are no different. Many of them have less than stellar genetics yet still manage to get their pro cards through sheer force of will. But having some great genetics can always do wonders. It would seem that genetic trend is pretty evident in the Winklaar family. Roelly Winklaar has consistently placed within the top ten at the Mr. Olympia competition for some time now and his work ethic and awesome genetics were both key factors. That last bit is very evident when you see other members of his family. No doubt Roelly works hard to get that top ten placing, but the genetics are definitely doing him some good. Just take a look at his little brother and ask yourself how much is genetics at play in regards to their physiques.

If Roelly doesn’t look out his little brother could end up surpassing him in the future. How big of a factor do you think genetics play in getting shredded?