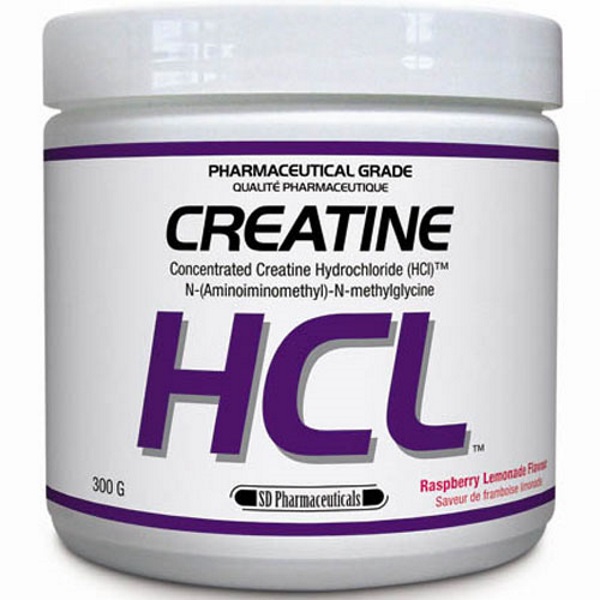 “Dude, that better be creatine HCL in dat drink of yours, because…” – bullshit, no?

I have to admit that I still have my doubts about the reproducibility and practical significance of the results, but since the authors declare that they have no competing interests, I think it is worth taking a look at what is the first (and only) study to suggest that any of the bazillion allegedly “superior” forms of creatine are actually an improvement over good old plain creatine monohydrate.

You will probably have heard the yadiyada about how creatine doesn’t dissolve properly and creatine HCL was 41 times more soluble in water than creatine monohydrate, would permeate the intestinal tract easier and would thus yield significantly better results than plain monohydrate… right?

Obviously you’ve heard that bullshit. “Bullshit”? Yes, it’s bullshit, because as of now there has been ZERO experimental evidence that the last and most important claim that the increased solubility of the product would improve its effect is more than yet another marketing gag.

With a recent study from Brazil, this evidence appears to be finally there. In the corresponding experiment, Elias de Franca et al. compared the effects of two different doses of creatine HCl (1.5 g and 5 g) with creatine monohydrate (or “monohidrate” as the scientists like to spell it 😉 on the strength (std. 1-RM testing) and body composition (skinfold method) of recreational weightlifters.

As the scientists point out, all subjects had their diet homogenized by the research team nutritionist. In addition, subjects who hadn’t been “creatine free” for at least 2 months were excluded. Whey protein, ad other amino acid supplements were – that’s my understanding of the full text – allowed, but “managed to fit in the protein amount of the diet” (Franca. 2015). How much of a standardization in terms supplementation existed, is yet by no means clear. What I can tell you is that all subjects received either placebo (CG | capsules with resistant starch), 5 g creatine monohydrate (CMG), 5g creatine HCL (HCl-1) or 1.5 g creatine HCL (HCl-2) for 28 days. In that, the dosage for the creatine monohydrate group was selected based on a study by Hultman et al. that shows that 5 g of CrM during 28 days, is enough to promote the ergogenic effects of the supplement. By choosing the same and a lower dose of creatine HCL of which the the manufacturer obviously claims that it has the same effect as 5 g of the real deal, Franca et al. were able to (a) verify / falsify the claim and (b) check whether increasing the dosage beyond those 1.5g that are supposedly equal to 5 g of creatine monohydrate would yield significant advantages..

As you would expect it, the training alone produced some changes in the male and female subjects’ strength parameters. Figure 1 displays how the 1RM strength on the leg and bench press developed over the course of the 28 days and 8 workouts that were completed in an AB, CD, AB, CD fashion, i.a. as a basic 2-way split with different exercises in weeks 1, 3 vs. 2, 4. All programs (full text lacks detailed information) were composed of four exercises of chest and back muscles, three to shoulder muscles, four to legs muscles, three to biceps and triceps, and two abdominal exercises, though; and subjects performed four sets of 10 to 12 reps (80% to 90% of 1 MR) of each exercise and with every set being executed until momentary exhaustion.

No significant inter-group differences = no true benefit! In contrast to what you will probably read elsewhere the study at hand did not really show that creatine HCL is superior to creatine monohydrate. It did, not even as the scientists rightly say “induce changes on body composition in recreational weightlifters” (de Franca. 2015) while creatine monohydrate did not. Why’s that? Well, de Franca et al. have (deliberately or not) left out two words that are of utmost importance: statistically significant. These two words must go before the word “changes” and they tell you that the body composition changes in the creatine HCL group with their laughable N = 7 and N = 6 subjects were significant, while those in the monohydrate group (N = 8) were not. On average, however, both groups gained almost the same amount of muscle and lost almost the same amount of fat. Accordingly, there is no wonder that there is no significant inter-group difference… not even for the placebo group, by the way. To say that one, i.e. PLA, CreM or CreHCL has been shown to yield superior results would thus be simply lying (most likely to increase one’s sale).

Interestingly, enough, the scientist analysis of the data shows that none of the (in absolute terms high) increases in bench press performance reached statistical significance. Similarly, the only 1-RM increase for the leg press was the one in the 5g creatine HCL group, where the probability p that the increase we see was coincidental is smaller than 5% (p < 0.05)

Now, malicious gossip has it that this wouldn’t prove anything, because there is (a) no significant inter-group difference, and because (b) the absolute increase in lean mass in the creatine monohydrate group was greater than in any HCL group and that the subjects in the 8 subjects in the monohydrate group were much fatter (yes, not significantly, though) than the 13 men and women in the other two groups. Speaking of men and women,… I wonder why the authors don’t disclose the number of each in the groups. They only say that there were 60-70% men, 30-40% women in both groups. Well, that’s nice, but since de Franca et al. “lost” 13 of their 40 subjects along the way (the abstract says they had 40 subjects, but there are 6, 7, 6, and 8 subjects in the four groups), this only adds to the already existing doubts about the reliability, reproducibility and the foreseeable mainstream interpretation of this study.

Bottom line: You may be asking yourselves why I am not all excited now. Well, I tell you what: The scientists write that they “hypothesized that, CrHCl im proves performance similarly to CrM, but promotes different results in body composition” (de Franca. 2015) – why on earth would they do that. If there was a science-based hypothesis to be made, it would be that creatine HCL would yield the same effects as creatine at lower dosages, because it dissolves better and is taken up faster (Gufford. 2010), so that less is necessary to saturate the muscle. To speculate that it would produce of all things what people are willing to pay for the most is… to say the least, a bit suspicious, don’t you agree?

The same goes for the surprising “coincidence” that the researchers, who obviously couldn’t afford reliable DXA scans (Pietrobelli. 1998) *cough*, were able to conclude, without reference to the conclusion being (a) based on the lack of statistical significance and (b) made in view of identical changes in body mass (within standard deviations), that their caliper data tells them “that CrHCl and CrM improve performance but only CrHCl induces changes on the body composition in recreational weightlifters” (de Franca. 2015).

Thus, I personally would suggest we all wait for independent, adequately powered research to (a) confirm the findings and (b) show that there is a significant inter-group difference with an advantage for creatine HCL. Until that study is done, peer-reviewed and published, I refuse to get all excited about yet another form of allegedly “superior creatine” companies use for the sole purpose of increasing the margins on products that would otherwise hardly have margin