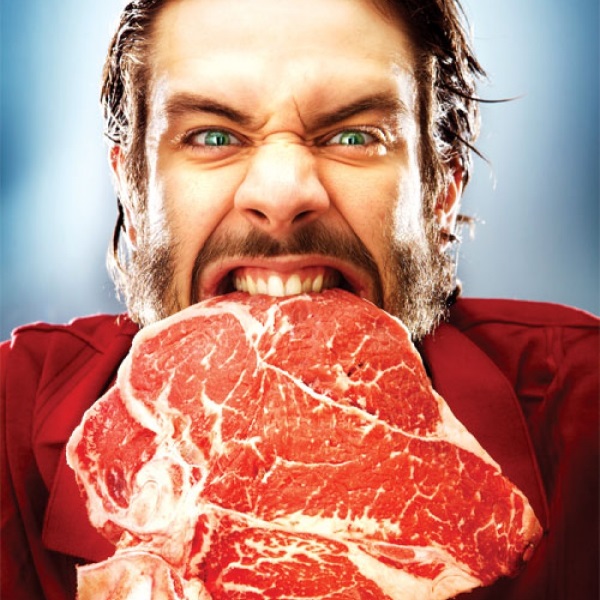 Bodybuilders who already consume sufficient protein, and who boost their daily protein intake to 3-4 g per kg bodyweight, will not become more muscled or stronger. They will lose fat mass though, according to a human study published by the American sports scientist Jose Antonio in the Journal of the International Society of Sports Nutrition.

How much protein?
According to current knowledge, the muscles of strength athletes grow optimally at a daily intake of 1.5-2 g protein per kg bodyweight. But what happens if strength athletes consume higher amounts of protein? Do they get fat? Or sick?

Study
Researchers at Nova Southeastern University in Florida set out to answer this question in a human study. They performed an 8-week experiment on 48 young, recreational bodybuilders, all of whom had been training regularly for a few years and consumed about 2 g protein per kg bodyweight each day.

Results
The subjects who consumed the highest amount of proteins built up the same amount of lean body mass as the subjects who ‘only’ consumed 2.3 g protein per kg bodyweight daily. So an extremely high protein intake did not result in even more muscle growth.

The extreme protein intake did however lead to a bigger decrease in fat mass. That’s interesting, because the bodybuilders in this group did consume about 400 kilocalories more than the other group. It would seem that the extremely high protein intake boosted the resting energy expenditure.

The bodybuilders in both groups gained strength. The progression was slightly bigger in the group that consumed a daily 2.3 g protein per kg bodyweight, but the differences between the groups were not statistically significant.

The researchers examined the subjects’ blood, looking for signs of damage, for example to the kidneys, but found no indications of harmful effects as a result of the high protein intake.

Conclusion
“This study as well as previous work from our lab [J Int Soc Sports Nutr. 2014 May 12;11:19.] suggests that gains in body fat are unlikely to occur with protein overfeeding”, the researchers concluded. “This investigation confutes the notion that trained subjects need only 1.5–2.0 grams of protein per kg body weight daily and that intakes above that are superfluous.”