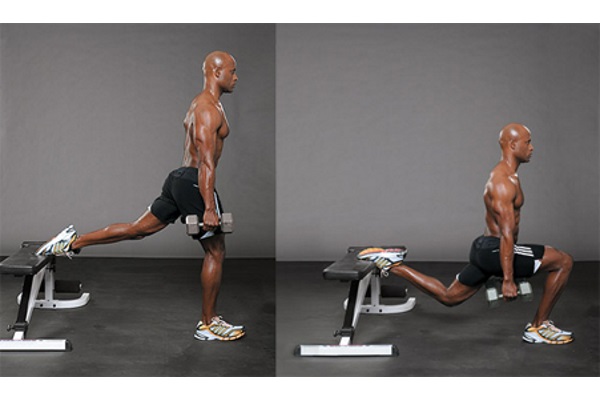 I’m always intrigued on why certain exercises are called what they’re called. Take the Turkish get-up for example.

Okay, elves don’t exist. You got there.

There’s actually an answer to this question (and is something I’ve written on before), courtesy of Dr. Mark Cheng:

It seems back in the day, and I assume present day too, the Turks were kind of badass. I forget what term Mark used, but he described the form of grappling they typically trained their warriors in, and how they used to do so all oiled up.

You know how hard it is to grip or grab something that’s all wet or sweaty, right? Well imagine that, only 100x more challenging and 1000x more filled will sexual innuendo.

Anyways, waaaaaaay back in the day, in order to even be considered “man enough” to train and to learn how to fight the Turks made it a prerequisite you had to perform a get-up with close to a 100 lb kettlebell (give or take a few lb’s). While fighting a grizzly with your free hand!

And that’s more or less the back story of the Turkish get-up.

So what’s the deal with Bulgarian split squats?

I’m sure there’s some legit reason with a very rationale and simple explanation, but my suspicion is that the reason why Bulgarian split squats are called what they’re called is because your mom doesn’t love you.

Or, I don’t know, maybe some meanie head Bulgarian was a bully and not only stole the lunch money from the person who actually invented the exercise – most likely from a neighboring country like Macedonia, Greece, or, in the ironies of all ironies, TURKEY – but stole the exercise too!

Whatever the case, while there’s the Rear Foot Elevated Split Squat camp (doesn’t roll off the tongue so easily), most people refer to the exercise as Bulgarian split squats. It is what it is.

Which brings us to today’s Exercise You Should Be Doing.

Who Did I Steal It From: renowned coach and fitness educator, Nick Tumminello. I “stole” this exercise during his presentation at the SUNY Cortland Strength & Conditioning Symposium this past March.

What Does It Do: This is a “hybrid” exercise which combines two exercises into one and makes you hate life 4x as much.

I like to use this exercise with clients who are in more of a “time crunch” with their training sessions or for those who just want to perform something challenging and smoke their legs.

Key Coaching Cues: As is the case with any single-legged exercise, I operate under the assumption that most trainees go too heavy and sacrifice quality for quantity.

While quality of movement should always be stressed, with single leg work in particular I find many people go too heavy and fail to reap any real benefit from the exercise other than to say “wow, that was really, really, really hard.”

I could wax poetic and bullet point any number of benefits to single leg work: hip stability, pelvic control, core stability/strength, addressing strength deficit between limbs, “sport specificity,” so on and so forth.

But lets just assume I’m preaching to the choir.

Because this is a 2 for 1 type of exercise you’ll need to go lighter than you think. You’ll want to stay cognizant of rib position during the set (limit rib flair, maybe a slight forward lean on the split squat portion), and the torso should stay as rigid as possible (no leaning to one side or the other).

Perform a standard BSS where the anterior surface of the thigh dips below knee level, and when you return back to the top position perform an RDL, where you hip hinge into the standing leg. The RDL portion will feel a little wonky to start, but with some practice you’ll get the hang of it.

I prefer to keep repetitions fairly low, in the range of 4-6 reps PER SIDE (which is really 8-12 reps because you’re performing two exercises).

Give it a try and let me know what you think.