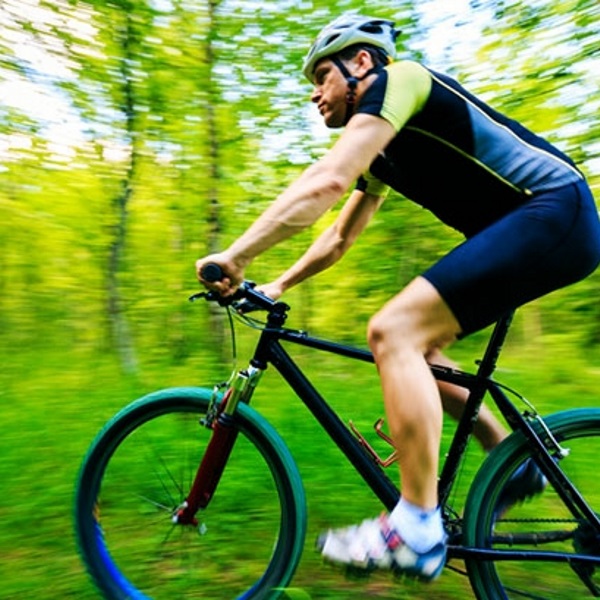 Endurance athletes can push themselves a little further if they train in a park, in the woods or fields, researchers at the University of Essex in England discovered. Just seeing the colour green is enough to reduce fatigue during exertion, the Brits say.

Performance & natural environment
People function better in nature. The presence of trees for example boosts the functioning of the immune system and, according to Japanese research, it slightly reduces the chance of developing cancer too. The same researchers also discovered that running in a forested area has more subtle but positive effects on metabolic and cardiovascular functioning than running in a built-up area.

The Brits have been studying the positive effect of exercise taken in green areas of nature for several years. Late in the summer of 2012 they published the results of a study in which they looked at the effect of simply the colour ‘green’ on sports performance.

Study
The Brits used 14 male students aged about 20 for their study. The students had to cycle a number of times for 5 minutes at 50 percent of their maximal capacity: moderately intensive exertion.

During the 5-minute cycling sessions the students watched video images of existing natural surroundings. The images were identical, but the researchers played around with the colour. On one occasion the students saw the images in their original colour, on another occasion in black and white, and on yet another occasion in red. The figure below gives you an idea of the different colours. As you can see, green was the predominant colour in the original image. The images had an effect on the subjects, the researchers discovered. When the researchers asked the students how tired they were during the last 30 seconds of the session, it transpired that the students were less tired when looking at the images in their natural colour than when looking at the black and white images. The effect was not overwhelming, but it was statistically significant.

The students were not only less tired when they watched green images. They also felt generally better.

Conclusion
“This study is the first to show a special significance of the color green in green exercise that resulted in a more positive total mood and lower perceptions of exertion”, the researchers concluded.

“The color perception processes responsible for positive mood and ratings of perceived exertion during green exercise are not well understood, in particular the extent to which the context of various color stimuli is important. Greater insights about the cognitive mechanisms of green exercise are needed in order to better understand its therapeutic potential.”