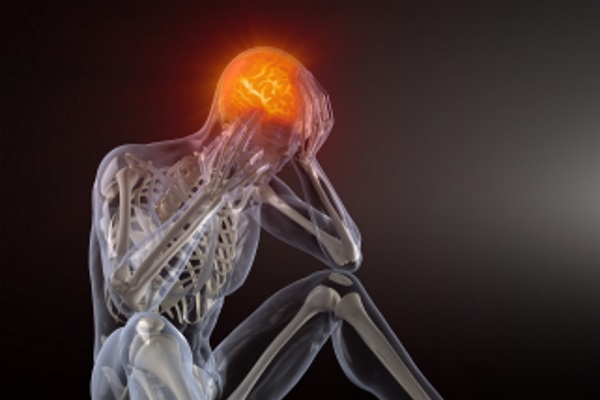 Are you troubled by headaches? Improving your endurance capacity might be a way to reduce – or even get rid – of the problem. This is suggested by an epidemiological study that neurologists at the Norwegian University of Science and Technology will publish soon in Cephalalgia.

Fitness and exercise
Neurologists often advise people who suffer from headaches to start doing endurance training, but clinical studies have shown that the effect of an aerobic training programme on people with migraine is not particularly big. [Cephalalgia. 2011 Oct;31(14):1428-38.] [Arq Neuropsiquiatr. 2014 Nov;72(11):851-5.]

Study
The Norwegians decided to look at the relationship between exercise and headache from a different angle. Instead of doing an experiment they chose to do an epidemiological study. Their reasoning was that a lifestyle that includes lots of exercise – meaning endurance sports – is likely to have a greater effect than training for the couple of weeks that an experiment usually lasts.

So the researchers gathered data on nearly 4,000 men and women, all of whom were over 20. The researchers divided the participants into categories according to the type of headache they had: migraine, tension headache [TTH] or other forms of headache [Unclassified].

In addition the researchers also recorded the subjects’ maximal oxygen uptake. This is higher the more intensive endurance or cardio training you do, and it’s the main determinant of your endurance capacity.

Results
Among the participants who were younger than 50 the Norwegian researchers found a statistically significant relationship between fitness and headache: the higher the maximal oxygen uptake, the lower the incidence of migraine, tension headache [TTH] or other kind of headache.

Many people who suffer from severe headaches avoid intensive exercise because they’re afraid the exertion will actually cause headaches. The researchers discovered that for some people this is indeed the case. But the chance of this happening was dramatically less the better the subjects’ physical condition was. The subjects with the lowest oxygen uptake were four times more likely to develop a headache as a result of exercising than the subjects with the highest oxygen uptake.

Conclusion
“Exercise regimens that are effective in improving peak oxygen uptake should be recommended for headache sufferers”, the researchers wrote.