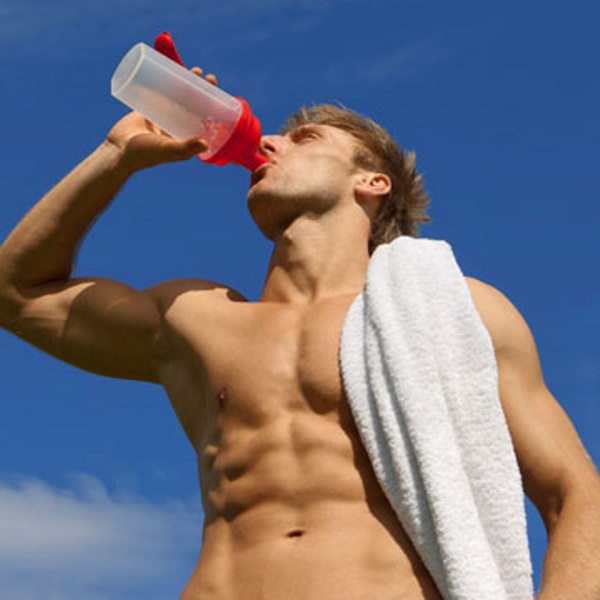 Elite endurance athletes who eat very few carbohydrates burned more than twice as much fat as high-carb athletes during maximum exertion and prolonged exercise in a new study — the highest fat-burning rates under these conditions ever seen by researchers.

“These low-carb athletes were spectacular fat burners,” said lead researcher Jeff Volek, professor of human sciences at The Ohio State University. “Their peak fat burning and the amount of fat burned while running for three hours on a treadmill was dramatically higher than what the high-carb athletes were able to burn.

“This represents a real paradigm shift in sports nutrition, and I don’t use that term lightly,” he said. “Maybe we’ve got it all backwards and we need to re-examine everything we’ve been telling athletes for the last 40 years about loading up on carbs. Clearly it’s not as straightforward as we used to think.”

In all other respects, the athletes were similar: elite status, age, performance, training history and maximum oxygen capacity. “They all had the same engine, so to speak,” Volek said.

Scientists measured gas exchange repeatedly during a test determining the athletes’ maximum oxygen intake to gauge carb- and fat-burning rates. On average, the low-carb runners’ peak fat-burning rate was 2.3-fold higher than the rate for high-carb athletes: 1.5 versus .67 grams per minute.

The research is published online in the journal Metabolism: Clinical and Experimental.

Volek has been studying the effects of low-carb eating — and ketogenic diets specifically — for years, particularly in the context of obesity and diabetes. But he has always been interested in how such a diet might augment physical performance and recovery. Ketogenic diets are those that reduce carbohydrates enough to allow the body to access its fat stores as the primary source of fuel. Lowering carbs and increasing fat intake leads to the conversion of fat into ketones, molecules that can be used by cells throughout the body, especially the brain, as an alternative to glucose.

It can take weeks or longer for the human body to fully adjust to a ketogenic diet, so the low-carb athletes in the study were eligible only if they had been restricting carbs for at least six months. Their average time on a ketogenic diet was 20 months.

“The goal was to characterize their metabolic response to a standardized exercise test,” Volek said. “This is the first time we’ve had the opportunity to peek under the hood at what a long-term low-carb, fat-adapted athlete looks like.”

Over two days, researchers subjected the athletes to tests to determine peak fat burning during a brief high-intensity workout and metabolic characteristics during prolonged exercise.

On day one, the athletes ran on a treadmill to determine their maximum oxygen consumption and peak fat-burning rates. On day two, the athletes ran on a treadmill for three hours at an intensity equal to 64 percent of their maximum oxygen capacity. During this test, they drank water but took in no nutrition — before the run, athletes consumed either low- or high-carb nutrition shakes consisting of about 340 calories.

During the endurance run, the two groups did not differ significantly in oxygen consumption, ratings of perceived exertion or calorie expenditure. However, fat-burning rates during prolonged exercise were again about twice as high in the low-carb athletes, and the average contribution of fat during exercise in the low-carb and high-carb groups was 88 percent and 56 percent, respectively.

“The low-carb guys go beyond what you can achieve with good genetics and extensive training,” Volek said. “The high-carb runners were very healthy, and were awesome fat burners by conventional standards — yet their peak fat burning is less than half that of endurance athletes eating low-carb diets. This shows that we have far underestimated how much fat humans can burn. There is a large reserve capacity that can only be tapped if carbs are restricted.

“So far, this has been a grassroots movement. Athletes on their own have been going against the grain, so to speak, and experiencing a lot of success. I think it’s mainly taken off in the ultra-endurance world because the self-perceived benefits are so high there, but many other athletes competing in a variety of events and various sports teams are experimenting with carb restricting,” Volek said.

Another key finding: Despite their low intake of carbs, these fat-burning athletes had normal muscle glycogen levels — the storage form of carbohydrates — at rest. They also broke down roughly the same level of glycogen as the high-carb runners during the long run, and synthesized the same amount of glycogen in their muscles during recovery as the high-carb athletes.

“This was completely unexpected, but now that we have observed it we have some novel ideas why this is the case. We can only speculate on the mechanism behind it,” Volek said.

Muscle glycogen was discovered in the 1960s to be a critical energy source for athletes, which led to decades of emphasis on high-carb diets to support energy needs during intense exercise. But Volek said the body has an elegant system to support glycogen levels even when carbohydrates are limited in the diet.

“The blue print for becoming ‘fat- or keto-adapted’ is hard wired into our genetic code. However, traditional ‘healthy’ diets with carbohydrates as the dominant nutrient prevent this alternative metabolic operating system from ever booting up.

“Restricting carbs allows the program to reboot and enable many athletes to achieve improved levels of health and performance” he said.

The above post is reprinted from materials provided by Ohio State University. The original item was written by Emily Caldwell. Note: Materials may be edited for content and length.