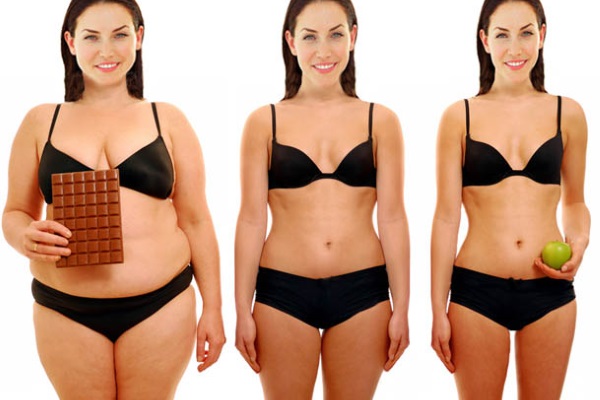 From Science Daily
For the first time in a lab, researchers have found evidence supporting the commonly held belief that people with certain physiologies lose less weight than others when limiting calories. At this time, researchers do not know whether the biological differences are innate or develop over time.

Researchers at the Phoenix Epidemiology and Clinical Research Branch (PECRB), part of the NIH’s National Institute of Diabetes and Digestive and Kidney Diseases, studied 12 men and women with obesity in the facility’s metabolic unit. Using a whole-room indirect calorimeter — which allows energy expenditure to be calculated based on air samples — researchers took baseline measurements of the participants’ energy expenditure in response to a day of fasting, followed by a six-week inpatient phase of 50 percent calorie reduction. After accounting for age, sex, race and baseline weight, the researchers found that the people who lost the least weight during the calorie-reduced period were those whose metabolism decreased the most during fasting. Those people have what the researchers call a “thrifty” metabolism, compared to a “spendthrift” metabolism in those who lost the most weight and whose metabolism decreased the least.

“When people who are obese decrease the amount of food they eat, metabolic responses vary greatly, with a ‘thrifty’ metabolism possibly contributing to less weight lost,” said Susanne Votruba, Ph.D., study author and PECRB clinical investigator. “While behavioral factors such as adherence to diet affect weight loss to an extent, our study suggests we should consider a larger picture that includes individual physiology — and that weight loss is one situation where being thrifty doesn’t pay.”

Researchers do not know whether the biological differences are innate or develop over time. Further research is needed to determine whether individual responses to calorie reduction can be used to prevent weight gain.

“The results corroborate the idea that some people who are obese may have to work harder to lose weight due to metabolic differences,” said Martin Reinhardt, M.D., lead author and PECRB postdoctoral fellow. “But biology is not destiny. Balanced diet and regular physical activity over a long period can be very effective for weight loss.”

More than one-third of American adults are obese. Complications from obesity can include heart disease, type 2 diabetes and certain types of cancer, some of the leading causes of preventable death.

“What we’ve learned from this study may one day enable a more personalized approach to help people who are obese achieve a healthy weight,” said NIDDK Director Griffin P. Rodgers, M.D. “This study represents the latest advance in NIDDK’s ongoing efforts to increase understanding of obesity.”

The above story is based on materials provided by NIH/National Institute of Diabetes and Digestive and Kidney Diseases. Note: Materials may be edited for content and length.