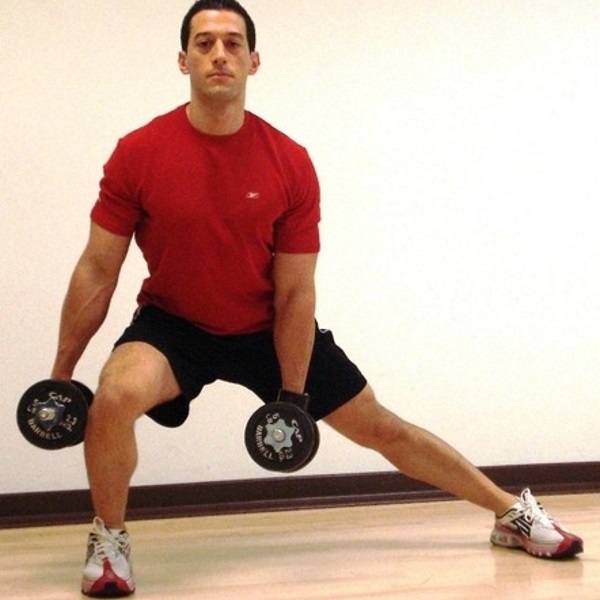 It goes without saying that some athletes pick up new movements faster than others. Usually, this occurs because they have context from which to draw.

As an example, an athlete might have a great hip hinge because they’ve done it previously while playing defense in basketball. Having that hip hinge proficiency helps the individual to efficiently learn a deadlift pattern (among many other athletic movements).

Establishing context is just one of many reasons that children should be exposed to a wide variety of free play and athletic endeavors. The more movement variability we have at younger ages, the broader the foundation we build. The wider the base, the more we can stack specific skills on top of it once the time is right.

It’s foolish to think, however, that every individual we encounter in personal training, strength and conditioning, or rehabilitation settings will have this broad foundation of context from which to draw. This is where appropriate training progressions become so important. You select exercises with which individuals can be successful not only to build confidence and achieve a training effect, but also to establish context for further progressions.

As an example, if you want to be able to do a quality lateral lunge with overhead reach as part of your warm-up, you’ve got to be able to string together several movement proficiencies: full shoulder flexion range-of-motion; sufficient thoracic extension and scapular posterior tilt/upward rotation; hip adductor range of motion; hip hinge proficiency; and good stiffness in your anterior core and deep neck flexors to prevent low back arching and forward head posture, respectively.

When I’m teaching this pattern for the first time, I’ll always say, “It’s just like your back-to-wall shoulder flexion, but with a long lunge to the side.”

Back-to-wall shoulder flexion is big-time “context creator” for me because I can teach it to just about anyone really quickly. In fact, I’ve taught it to seminars with 100+ people without many challenges. More importantly, it creates quality movement from the core all the way up (five of the seven movement prerequisites I noted earlier) – and that has big payoffs later on when one wants to teach anything from a push-up, to a landmine press, to a snatch, to an overhead medicine ball variation.

A lot of folks will read this article and think, “But these is just common sense progressions.” I’d agree. However, as we’ve learned in recent years, in the world of larger group training without individualized programming, common sense isn’t so common anymore – and as a result, folks wind up skipping steps and advancing to exercise for which they aren’t ready.

Perhaps more importantly, though, being able to effectively sequence coaching progressions will, in my opinion, become even more important in the years ahead. With the trend of early sports specialization, we’re getting “less athletic athletes;” they don’t have as much context in place, and wind up having to back-track. Additionally, we have an increasingly sedentary society, which certainly robs individuals of context.

All that said, just remember that if you want to have an exercise in your program, you have to think about how you’re going to coach it with all the individuals that may come your way. And, that coaching might involve devising some exercise regressions that build context from which to draw.