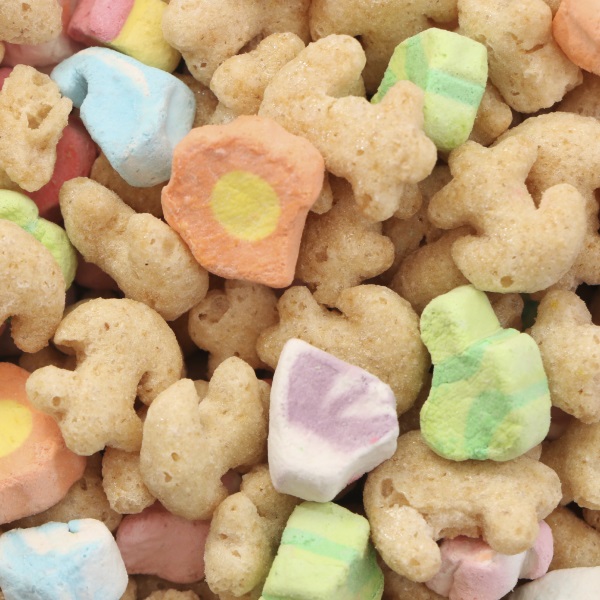 I must just be in a bad mood or something, lately. It seems that I go through phases where I seem easily perturbed by dumb shit, and lately it seems that I am being bombarded from all directions. It doesn’t help that the older I get, the more irritating it is to hear someone either young and/or with little to no experience on a topic, opine. It gets even worse when someone gives an inexperienced opinion while contradicting themselves at the same time.

I have been honing the method of Skiploading for about sixteen years now. For those that are unaware of the term or the process, Skiploading is manipulating the metabolism via high-carb intake while keeping fat intake minimal. Though Skiploading was born as a process of loading glycogen stores before bodybuilding contests, over the years it became even more popular due to its effects on the metabolism during extreme dieting while chasing ridiculously low body fat levels.

The problem I am running into recently—that I want to address—is a misunderstanding as to whether Skiploading is an “unhealthy” method of dieting. The other problem is inexperienced kids with an arrogance that makes them think their opinions hold any credibility on social media or in this world in general. I remember being young and dumb and never once thought my opinions mattered because they didn’t. I am unsure how or when this next generation all of a sudden changed their perspective but…I digress. I will only be focusing on clarifying why Skiploading is not unhealthy.

First, let’s discuss the word “healthy” and agree that it is a relative term. Eating pizza or having a cheeseburger once a week or once every couple of weeks is certainly “healthier” than eating them once a day. Training to the point where you puke or to the point where you blow a blood vessel in your head or eye is probably not considered healthy yet it may be perceived as healthier than not training, at all. Being thirty pounds overweight may be considered healthier than being sixty pounds overweight, but not as healthy as being only ten pounds overweight. My point here? Most of the things we do in this “sport” of bodybuilding would not typically be considered healthy yet we do them as a means to an end.

For those that do not know me, let me be clear that from dieting, to body fat levels, to stress and hormone use, I have always been of the belief that you should do everything within your power to take care of yourself the very best way possible and eliminate any obvious or potential threats to your health. At the same time, we as bodybuilders want to still push the envelope as much as we can to be as big and strong as we can and be as lean as possible at the same time. I like to describe my approach as having a healthy “balance.”

Skiploading is not about binge eating and it is not about stuffing your fat ass with as much food as you can possibly ingest, leading to a carb coma. If this is your perception, someone has lied to you and you most definitely have not ever worked with me. Loading with processed carbohydrates fuels your metabolism and essentially is the equivalent of pouring gas on a fire that has started to burn out. Processed carbs are the carbs of choice because we want the action of loading glycogen to be as efficient as possible and to do that, an insulin response is needed. High carbs with low fat and low fiber are the best way to accomplish this because fat and fiber will both slow the rate that carbohydrate hits the bloodstream. Skiploading does not promote body fat storage because there is a use for the carbs that are ingested. During a dieting phase of restricted caloric intake, glycogen stores are depleted so when the carbs are ingested, they are converted and stored as glycogen instead of being stored as body fat. This is the huge difference between a bodybuilder who is in a restricted caloric state vs. the average person that ingests carbs on a daily basis and gets fatter and fatter.

What is happening is when people give their opinion about how ingesting processed carbs is so unhealthy, their opinion is formed based on limited knowledge of how an average body works when not in a restricted-caloric state and not a body of a hard-training athlete. These carb sources used for Skiploading may not be (and usually aren’t) loaded with micronutrients, but they aren’t supposed to be. The main purpose of these high-carb foods is efficient glycogen storage, keeping the metabolism off-balance, and speeding it up.

Skiploading is usually only done once a week or once every two weeks for a limited number of hours. So if we take a typical Skipload of eight hours, the other one-hundred-sixty hours of the week are replete with healthy foods with great micronutrient profiles, feeding the “health” of the bodybuilder as he/she drops body fat consistently week in and week out. I am unsure what part of this seems unhealthy, personally, but then again I am quite well-versed on this subject considering I am the expert in this area and the person that created and honed this protocol.

Another argument that I sometimes hear is that Skiploading can feed or cause insulin resistance and I find this yet another poorly thought-out argument. When Skiploading is done infrequently—once a week or once every two weeks—during a restricted calorie diet, the body usually has a minimum of six days to become insulin sensitive again. Considering low carb/low calorie diets increase insulin sensitivity, along with cardio that is almost always utilized during a protocol of lowering body fat, there is no good argument that can be made for Skiploading increasing the risk of insulin resistance unless it was being done much more frequently and not while in a depleted state. Attempting to make this connection proves a complete lack of understanding of how the body processes carbs and stores body fat.

Yes, I could have just left this topic alone and let my Skiploading protocol ride on its merits. It has helped thousands and thousands of people get into ridiculous condition without even one noted health concern in the last sixteen-or-so years. However, sometimes explaining things in simple terms helps people to understand that even though they are young and bright, that I and others that have been doing this shit longer than they have been alive, aren’t complete and utter dipshits. Just because something has been done a certain way for a very long time doesn’t mean that it is antiquated and that there is a better way to do it. Sometimes it simply means that it is already being done the very best way possible.

Maybe, just maybe, instead of opening your mouth with an opinion, you should sit back, shut up and learn something. This concept is sorely lacking these days and this is precisely why so many young people label themselves experts and yet are far from it. Just sayin’.