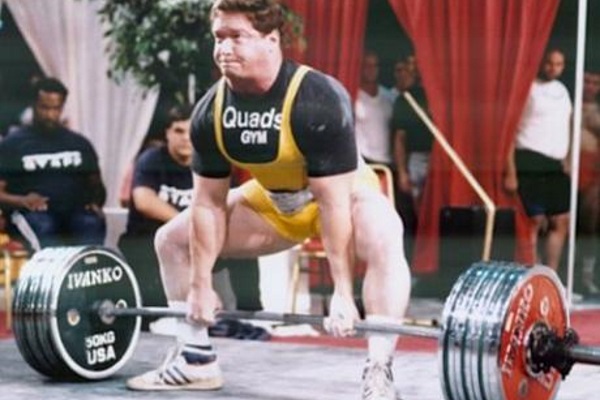 Bodybuilding is more than just lifting up heavy objects and contracting your muscle. There’s a method to the madness, a reason why certain exercises can get you in top condition and why others are discarded to the way side once they prove to be inefficient. Ultimately, bodybuilding is a science experiment, a game of trial and error that requires you to explore all the different possibilities there are for building quality muscle mass.

Depending on what body part or muscle group you’re focusing on, you’re going to have a different go to exercise every time. For the chest there’s a bench press or dumbbell press. For the biceps it’s barbell or dumbbell curls. But figuring out the movements for those exercises are considerably easier to figure out than for the back. The back is one of the more unique body parts of the body in that there are a ton of different ways to work the back muscles.

There are pull ups that can also do wonders for your core strength. There’s the lat pull down which can work your upper and lower lats to perfection. Then there’s the deadlift. There are differing schools of thought on the deadlift as a muscle building exercise, some believing it to be the best while others believing that it doesn’t target the muscles enough to make a significant difference in musculature. Despite that, it’s a staple of strength and conditioning that every bodybuilder and lifter should have in their training program.

But often times the question arises as to which deadlift should be employed in a training program: the conventional deadlift or the sumo variant. It’s the same exercise essentially, both being pull motions, yet each can emphasize different portions of the body. So which deadlift variation should be in your training routine?

The conventional deadlift is what most traditional bodybuilders employed in their usual routine. The This version of the deadlift differs from the sumo variant in that it takes a bit more stress off your quads, which essentially means you’ll be working your lower back a bit more in the motion. If you’re looking to build a stronger lower back or if your quads are giving you a bit more trouble than you’re used to, then the conventional deadlift could be your preferred pull exercise. The motion of the hip extension is essentially the same, but taking more pressure off of your legs can make all the difference in the world.

The sumo variation is pretty similar to what you’d find in the conventional deadlift. The motion is essentially the same, but the stance required is much wider with the toes pointing more outward. For those who have some lower back issues this pull exercise could be a bit more to your liking. The motion of a sumo deadlift has elements of the squat implemented which means more burden is placed on your legs in the motion and a lot more pressure is off of your back. It can easily be an exercise you can use to help build up the leg muscles.

Verdict
So which is better? The truth of the matter is that both exercises are equal in difficulty, similar in motion and mechanics, and are both great for building strength. The deciding factor will be what you choose to emphasize (or not) on in your lifts. If you want pressure off of your quads then the conventional method could be for your. If you want less stress on your lower back then try the sumo variation. No one lifter is ever the same so try both to see which one is most beneficial to your gains.

Which variation do you employ in your workout?