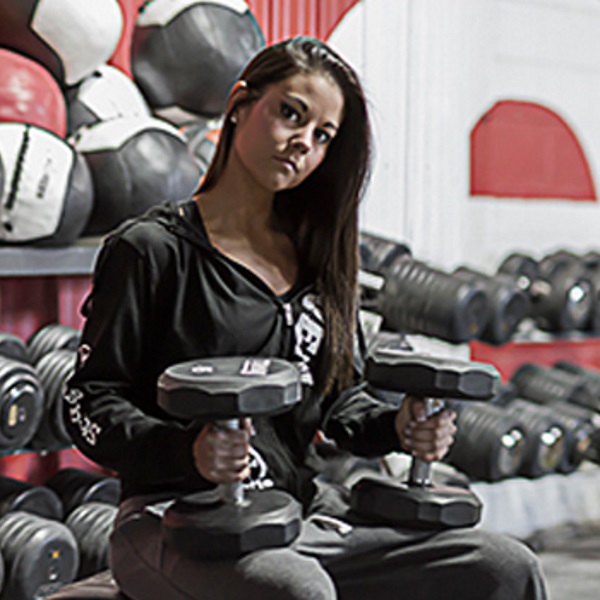 Competitors have all been there, whether it was helping a client prep for a show, or even their own post-show experience the minute they stepped off stage. The contest prep aftermath for a bodybuilding competitor is a fickle friend. It can go really well and put you in a great position to compete again with a better package, or it can completely derail months and months of preparation you worked so hard for. Unfortunately, I see a lot of more of the latter than the former.

In this first installment of a three part series, I am going to discuss the importance and rationale of reversing out of a show as well as having a thought out plan. These thoughts are coming from a coaching and personal competition perspective.

The Rationale and Importance of Reverse Dieting and Training

When coming off of a show prep (male or female), it is safe to say the athlete is typically in a state of depletion in many ways. Energy, mood, and caloric intake are typically at an all-time low. Now, before you immediately deem bodybuilding an unhealthy sport due to its extreme nature, remember that thought the next time you watch a football game or rugby match. All sports are “unhealthy” to an extent. For most human beings, it does take extreme measures and sacrifice to be the best of the best. This is simply the reality of it, whether you agree with it or not.

For most competitors, to get stage ready it takes a relative mix of caloric restriction, cardio, weight training, and supplementation. All of that combined, plus typical day-to-day life issues, puts a ton of stress on your body over time. To set yourself up for a solid off-season, you need to be strategic on how you come out of this competition state. For most competitors, “winging it,” or better yet, “eating intuitively,” is a really bad option and can get you into trouble. You have to have a plan. Let’s dig deeper into the rationale behind reverse dieting and why it is so important for not only your growth as a competitor, but your long term health.

If you took basic biology or anatomy in high school you should have learned about something called homeostasis. Homeostasis, in layman’s terms, is your body’s home base metabolically and at the cellular level. Some folks call it your “set point” in terms of scale weight as a predictor, but I prefer homeostasis, as it is more all-encompassing. However you choose to look at it, your body is always adapting to the changes and stress it goes through over time to reach equilibrium.

You also need to keep in mind that your body (from an instinctive and biological perspective) does not desire to be shredded. Your body’s main goal is to keep you alive with plenty of fat to live off of in case you can’t eat for weeks. Your body strives to be as adaptable as possible so you don’t starve. So when folks in the industry talk about bodybuilders defying genetics, they really aren’t kidding. With that in mind, in order to successfully transition out of a deficit or overtrained state (which your body has now adapted to primarily by slowing down your metabolic rate) you have to do it slowly and mindfully so your body can readapt accordingly without gaining a ton of fat in the process.

What does this look like? For now we will focus on nutrition and training.

From a nutrition perspective, an athlete needs to start adding in more calories post-show. I will talk more about this in detail in the second and third installments of this article series, but the general goal is to slowly get your body to adapt to eating more food progressively without your body fat percentage skyrocketing in the process. In a perfect world, an athlete’s reverse scale weight increase should replicate the weight lost during prep in a similar fashion. As a simple example, if you lost an average of one to two pounds a week while dieting for a show, you should only gain one to two pounds a week post-show within a similar time frame.

Again, this is perfect world scenario, so it rarely happens that easily. You also have to take into consideration how much fat the competitor actually lost to get stage ready, how long it took, and their optimal off-season goal weight or fat percentage. Have you ever seen a competitor who gloriously posts a three-day post-show “progress” picture and they have gained 20 pounds? Yeah, not good. Not only is that horrible for your physique (short and long term,) but also wreaks havoc on your hormonal balance, blood pressure, water balance, and other bodily health indicators. That is not impressive! Actually, it is an embarrassing truth that you have no idea how the body works.

What to do post-show in terms of training has a lot of mixed opinions in the industry and I somewhat agree with pieces of each method. I honestly think this aspect depends on a lot of variables, such as how they trained in-season, if they experienced any injuries, how often they were actually training, cardio, etc. There is a lot of hype around taking advantage of the state of depletion phase post-show and going HAM in the gym while you are taking in more calories.

Theoretically, this leads to building quick size and strength gains within this window. While I don’t doubt this it true to an extent, I do think taking training down a notch is actually a better option for the long term. I don’t know about you, but when I train for a show it is HARD. I do not coast into shows, I have to fight for every ounce of muscle I have, so like most competitors, my training is brutal leading into it.

After a show, I actually prefer for myself and my clients to kick it down a notch for a few weeks. The volume should still be present but the intensity and cardio needs to take a chill pill. This is not only great recovery for your body but also your mind. I think the true off-season training starting point is extremely relative to how a competitor comes off of a show. I have had some clients get back in the swing of things in just a few short weeks and some need longer than that. There is no set time frame that works for everyone.

With all of that being said, when a competitor doesn’t properly reverse out of a show, numerous things can go wrong. Probably the most popular thing to consider is what a lot of folks call “metabolic damage.” Notice I said the most popular, not the most common. In part two of this series we will focus on reverse dieting and training gone wrong. Part three will consist of reverse dieting and training gone right.

Hopefully this full article series will give you all a well-rounded view on post show expectations, what the structure should look like, and how to organize it in the most beneficial way for yourself and your goals. We also don’t want to ignore what can happen if things don’t go according to plan. What happens when you have too many cheat meals, develop a binge pattern, or even under eat/overtrain too long post-show? And better yet, how do you fix those issues if they happen? In parts two and three we will discuss just that.