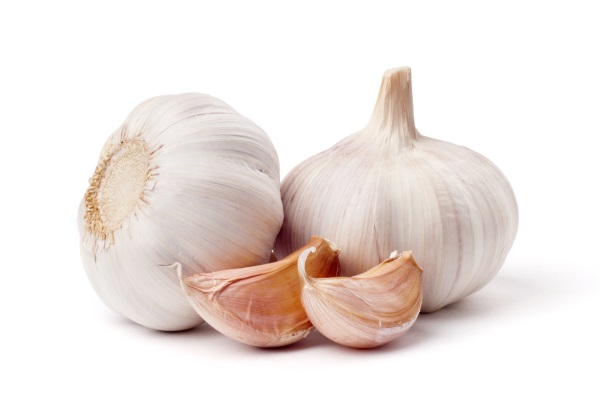 If endurance athletes ingest a close of garlic – or the equivalent in garlic powder – five hours before cycling or running, their maximal oxygen uptake and therefore also their endurance capacity increase as a result. Turkish sports scientists discovered this fifteen years ago and a brand new American study confirms the Turkish findings.

Garlic for endurance athletes
Mark our words: in a couple of years cycling fans will be cheering their idols on during races with their noses tightly pinched. They’ll have to, as the packs of endurance athletes will be accompanied by a penetrating garlic odour.

This is the scenario we imagined after reading an older Turkish scientific publication and the recent article by American sports scientist Christopher Womack in the Journal of the International Society of Sports Nutrition. [J Int Soc Sports Nutr. 2015 May 14;12:23.] Womack, who works at James Madison University, studied the effect of garlic supplementation on 18 trained endurance athletes.

Does garlic protect against heart attacks?
The chance of having a heart attack is 5-6 times higher just after a period of intensive exertion [N Engl J Med. 1993 Dec 2;329(23):1677-83.], and Womack wondered whether garlic supplementation could make intensive exercise safer.

Womack got his subjects to cycle to the point of exhaustion on two different occasions. On one occasion the subjects had taken a placebo three hours before the trial; on the other occasion they took a supplement containing 900 mg garlic powder. This amount of garlic powder is the equivalent of one garlic clove.

The results were inconclusive. Womack looked at the activity of tissue plasminogen activator [tPA], an enzyme that clears up blood clots, and had to admit that the garlic supplement had no effect.

Despite the increase in the subjects VO2max their endurance capacity did not increase. But, wrote Womack, in 2000 the Turkish sports scientist Deniz Unal Ince of Hacettepe Unal in Ankara published the results of a study in which garlic supplementation not only boosted VO2max, but also led to an increase in endurance capacity. [Turk J Med Sci. 2000;30:557–61.]

We lifted the table above out of that publication.

Possible mechanism
The sulphur compounds in garlic convert into hydrogen sulphide or H2S in the body. This compound makes blood vessels wider, as a result of which the oxygen supply to the muscles can increase.

Supplements
The researchers in the Turkish study used Kwai, a product manufactured by the German Lichtwer Pharma. The Americans used Kyolic Aged Garlic Extract made by Mission Viejo. The manufacturers of these products did not fund the studies.