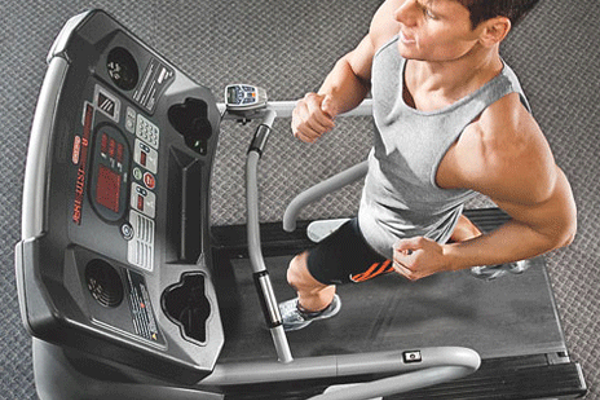 I can almost guarantee that the results of this study are not sex-specific. Ladies, pick up the weights after you hit the treadmill, stairmaster, elliptical or other torture instrument you like to use!

It has been a while since the last study on exercise order (cardio or weights first) has been published. Now, scientists from the University of Kurdistan have conducted another study to investigate the effects of intrasession sequencing of concurrent resistance and endurance training on the serum leptin, testosterone, cortisol responses and body composition in obese men.

And don’t worry, we are not talking about useless acute-phase data that shows no correlation with either strength or muscle gains, or fat loss (West. 2012). Sheikholeslami-Vatani and colleagues conducted an eight-week study on thirty obese young male students without continuous exercise history (age: 23.2±1.4 year, BMI: 31.8±1.6 kg/m²).

“running with 70—75% of maximal heart rate (HRmax) for 10 minutes which gradually increased to 80% HRmax for 21.5 minutes [plus] resistance training consisted of 3 sets of 8 repetitions at 80% of 1 repetition maximum (1RM) in 5 resistance exercises (leg extensions, lying leg curl, triceps pushdown, bench press and lateral pull down)” (Sheikholeslami-Vatani. 2015).

In-between the endurance and resistance (or vice versa) training parts of the workouts, the subjects rested for 5 minutes. Blood sampling and skin-fold measurements to asses the body composition was conducted 48 hours before the start of the course and again 48 hours after the last training session (learn why waiting longer for the body comp test may have been better, but no study does that).

I’ve plotted the most important results in Figure 1a & b. So, let’s take a look: The first thing that everyone should see is that both workout regimen had relevant health and physique effects:

In that, the resistance training first (CER) group came off slightly better in all tested study outcomes. Statistical significant inter-group differences, however, were observed only in comparison to the control group. In view of the fact that the body fat (total and %) improvement reached statistical significance compared to control only in the endurance first, group, yet not in the strength first group, one may still argue that the difference between cardio first (CER) and weights first (CRE) was “almost significant” 😉

So, weights first is the way to go? Well, I assume I should write that doing both on separate days and thus doing having 5-6 workout days per week may have even more pronounced effects on the body composition of obese young men. In the end, though, I have no evidence to prove that doing the same amount of cardio on a separate day would actually have yielded greater improvements in body composition. Against that background and in view of the fact that three workouts per week is everything that fits into the busy schedules of the average trainee, we are left with the confirmation that (a) doing (intense) cardio and weights in one session feasible and effective when the goal are health and physique improvements and that (b) if you or your clients combine both, you better start with the weights, not the cardio part