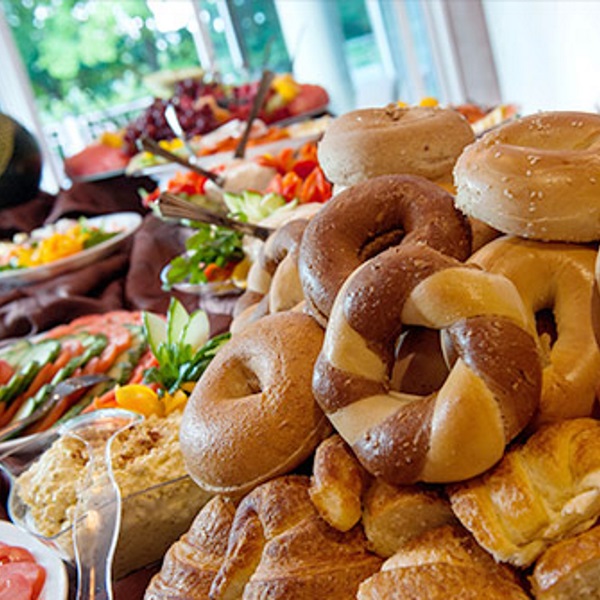 Understanding the different kinds of carbohydrates and recognizing the benefits that come with each of them is crucial for bodybuilders.

Some are complex and will break down slow in the gut, providing the body with prolonged fuel, while others are simple and can be digested quickly for an instant energy boost – so which should you consume and when? If you’re feeling a bit lost in the multifaceted world of carbs, we’re here to provide you with some guidance and useful advices.

1. Slow and natural vs. fast and processed
Generally speaking, naturally produced complex-carbohydrates food is better than processed, packaged food which contains simple carbohydrates and trans fats. The first one includes whole grains and foods made from them, starchy vegetables such as potatoes, sweet potatoes, corn and pumpkin, and finally beans, lentils and peas. They will give you a steady supply of fuel throughout the day by slowly breaking down into glucose, which is the energy source required by muscles in order to both work and grow.

This is the general rule: the more processing is involved in making a certain type of food, the more simple and fast-digested its carbs become. This includes white bread, white pasta, cereals, snacks and all off-the-shelf desserts – they spike your blood sugar very quickly and provide an immediate energy boost, but other than, offer no real nutritional value. The higher in sugar and lower in fiber, the worse the carbohydrate is for you – a diet consisting only of simple carbs is definitely not what you’re looking for in terms of fitness and health goals.

But here’s the catch – the other nutrients found in your meals will greatly influence the speed of carb digestion. In other words, fibers (mostly found in veggies and fruits) and fat-containing protein foods (for example chicken, meat and whole eggs) will slow it down. So, combining white pasta with cauliflower or broccoli will slow the digestion of the pasta, which is otherwise a source of fast-digested carbs. Though, keep in mind that if your goal is to get more lean, you should cut down on the fat and include more fibers in your diet.

2. The role of insulin
One of the major factors in controlling fat storage is the hormone insulin. As you already know, when you consume food, the body breaks it down to basic nutrients – for example, protein breaks down into amino acids and carbohydrates break down into glucose.

The glucose, like all of the nutrients, soon gets absorbed into the bloodstream creating a peak in what we call “blood sugar levels”, which results with the releasing of more insulin from the pancreas in order to push glucose to the cells, basically “commanding” the cells to open up and absorb it, where it gets used as an energy source. Insulin also pushes protein to the muscles, enhancing their growth.

This is all cool until we get to the interaction of insulin with the fat cells, namely the other vital role of insulin in the organism: insulin inhibits the breakdown of fat cells and stimulates the creation of body fat. In other words, eating more calories than you need and having chronically high levels of insulin in the bloodstream will keep the body in “fat storage mode”, while feeding your body with less calories than it normally burns will make it turn to its stored fat as an energy source.

The solution? Consume more slow-digested carbs – they don’t cause a dramatic release of insulin and they can keep you full longer, thus helping to prevent overeating.

But on the other hand, the refined carbs are a good option for guys who have a hard time adding body weight. Extreme hard-gainers require an increased and frequent intake of carbs and can benefit from an elevated appetite and higher levels of insulin that will transport more protein to the muscle cells. Therefore, fast-digesting carbs should be an important part of their diet, alongside with plenty of proteins.

3. Pre-workout and post-workout choices
During your workout, your muscles are mainly fueled by the carbohydrates stored in muscle cells, called glycogen, and secondarily by the free-floating carbs in the bloodstream, received from a recent meal. For an optimal performance, your body requires a stable level of energy. So in order to prevent an energy crash in the middle of a strenuous workout, avoid fast-digested carbs in your pre-workout meal, or at least combine them with more complex ones.

But for the post-workout meal, make sure to feed your body with a bigger portion of fast digesting carbs, since the elevated insulin levels will support muscle growth. For a greater effect, take creatine in addition to your post-workout meal – insulin assists in the absorption of creatine in skeletal muscles, so higher insulin levels will help maximize its efficiency.

Finally, when preparing for a contest, cut down on the carbs altogether to enhance fat loss and promote a leaner physique, or rely more on slow digesting carbs for better control of your insulin levels.

In conclusion
Burning that excess body fat is the ultimate goal for all bodybuilders and fitness-oriented folks out there, and in order to achieve that, you’ll need controlled levels of insulin and clean, naturally produced food that keeps you satiated longer and doesn’t increase the storage of fat. Therefore, in all cases except the post-workout meal and the hard-gainer’s struggle, you’ll reap more benefits from including more slow digesting carbs in your diet than relying on simple carbs as an energy source.