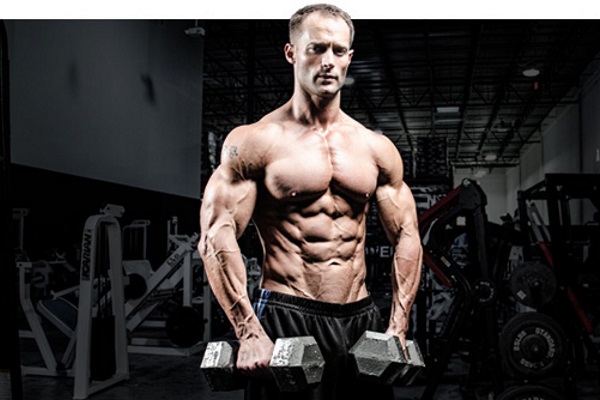 If you want to lose weight but can’t stand sport, just make sure you drag your body to the gym a couple of times a week. All it takes is fifteen minutes of weight training to raise your energy expenditure for three days. And if you don’t believe us, take it from the sports scientists at Southern Illinois University, whose study will be published soon in the European Journal of Applied Physiology.

Strength training is an underestimated but effective weapon against obesity. In the long term, weight training is the best thing you can do to keep your fat percentage down. Every kilogram of lean body mass you acquire increases your daily energy expenditure by 40-70 kcal. But in the short term, another effect also comes into play. Strength training itself requires energy. During a training session you burn a couple of hundred kcal, but your body’s post-training recovery also costs energy.

The researchers got 8 overweight people in their twenties – with an average fat percentage of 29.1 percent – to do 2 weight training sessions. Both times the subjects did a full body workout, consisting of basic exercises like leg-press, bench-press, leg curls, lat pull-downs, calf raises, shoulder press, biceps curls, triceps extensions, crunches and back extensions.

On both occasions the subjects used weights with which they could just manage 10 reps. Both sessions were done as circuit training, which meant the subjects did the exercises in quick succession, with 30 seconds rest between sets.

The difference between the two sessions was in the number of sets. For one session the subjects did 1 set, completing the circuit in 15 minutes. For the other session they did 3 sets, which took up 40 minutes of their time.

But for the first 72 hours after the workout it made no difference to the energy expenditure whether the subjects had done 1 or 3 sets, as the figure below shows.

A conservative estimate of the increase in energy expenditure as a result of the workout is a total of 300 kcal over 3 days. If you train twice a week, you’d burn more than 4 kg extra fat in a year’s time.