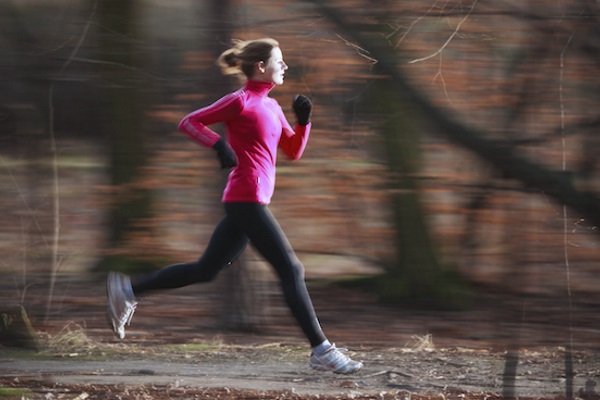 If I asked you if you wanted more fat in your body, you’d probably say “no.” After all, a high amount of body fat is associated with health problems, poor body composition and limited athletic ability. But what if I told you there was a type of fat that actually helps you burn more calories and could potentially improve your body composition?

Well there is, and it’s called brown fat.

Brown fat, which is also known as brown adipose tissue, is one of two main types of fat in the body (the other being white fat). Some people believe that due to its calorie-burning capacity, increasing the amount of your brown fat can help you improve your body composition without having to make massive alterations to your diet or training regimen. Here’s everything you need to know about brown fat.

How is Brown Fat Different from White Fat?

When people think of body fat, they think of white fat. It’s type of fat that gets created when you consume too many calories compared to what you burn. White fat is what stores the extra energy from those extra calories. A certain amount of white fat is normal and necessary for several critical bodily functions. But significantly higher levels of white fat than normal can lead to obesity and health issues.

Brown fat is different from white fat in that it is metabolically active—meaning it burns calories. White fat itself is a storage of excess calories, so the fact that brown fat actually burns calories (and thus burns white fat) is a pretty significant difference.

“Most people don’t think fat is going to be metabolically active—but brown fat actually is,” says Dr. Mike T. Nelson, an exercise physiologist and member of the American College of Sports Medicine.

Unlike white fat, which is spread out over much of the body, brown fat stores are generally located in the upper back and upper neck areas.

Does Everyone Have Brown Fat?
Yes, although that was only discovered recently. The prevailing thought for a long time was that infants had a high amount of brown fat because it helped regulate their body temperature. Babies cannot shiver, and their brown fat helped them stay warm. The idea was that when infants grow into adults, they gradually lose their brown fat since it was no longer necessary to their survival.

However, in recent years it was discovered that adults do indeed have brown fat. “There isn’t a ton of it, but there’s certainly more than the zero amount we used to think there was,” Nelson says. There does seem to be a link between obesity and brown fat—obese people generally have substantially less brown fat than fit people.

What Does Brown Fat Do?
That’s the big question. Ten years ago, virtually no research on brown fat was being conducted, because people didn’t think it existed in adult bodies. Now, scientists and researchers are beginning to wrap their head around the role of brown fat.

It is known that brown fat plays a major role in heat production—specifically in response to cold environments. Brown fat seems most active between the time you’re first exposed to a cold environment and when you begin shivering. During this period of time, brown fat burns calories to produce heat and keep your body warm.

“Brown fat is almost trying to be like a passive heat source,” Nelson says. Due to its high concentration of mitochondria, tiny organelles that are excellent at heat production, brown fat is awesome at creating large amounts of heat. To create that heat, it burns calories—calories stored in white fat. So brown fat is essentially capable of destroying white fat.

Shivering is an involuntary response to cold. Once your body drops below a certain temperature, it automatically begins to move your muscles in an effort to produce heat. Shivering burns calories, so it’s not terribly efficient at warming you up. Brown fat produces heat in a much more efficient manner, which makes it your body’s preferred method of heat production.

“Brown fat plays a more efficient role in increasing heat production. So the idea is that if you took two people and put them in the same cold environment, the one who has more brown fat would take longer to start shivering because they would be able to passively produce more heat for a longer duration,” Nelson says.

A 2012 study found that individuals exposed to a cold temperature (but not so cold that it induced shivering) over a three-hour period burned an extra 250 calories compared to what they would’ve burn had they spent those three hours in more typical indoor temperatures.

Why Should I Care About Brown Fat?
Since brown fat has a proven capability to burn calories, many people are interested to learn whether that it can be used to help control body weight and obesity. However, before it enters calorie-burning mode, brown fat has to be stimulated—and exposing yourself to cold conditions is the most well-researched and reliable way currently known to do that.

“The catch is your brown fat has to be stimulated—probably by cold exposure,” Nelson says. “If you have two people sitting in a 70-degree room, and Guy A has four times as much brown fat as Guy B, there probably isn’t much of a difference in terms of calorie burning because there isn’t much stimulus for that brown fat to be active.”

However, researchers have found other methods that could possibly stimulate brown fat and even transform white fat into tissue that behaves like brown fat. This type of fat is known as beige fat. So far, this research has focused on animals, but the results have been encouraging.

Exercise has been found to increase brown fat activity in mice. A 2012 study conducted on mice found that irisin, a hormone released from muscle cells after exercise, can stimulate white fat into behaving like brown fat. The mice that had their irisin levels raised through genetic manipulation lost weight and lowered their blood sugar in just 10 days.

How Can I Increase or Stimulate My Brown Fat?
The potential benefits of increasing and stimulating your brown fat are burning more calories, burning more white fat, burning more triglycerides (molecules that increase your risk of metabolic syndrome) and lowering your blood glucose levels.

With impressive benefits like that, it’s no surprise that people want to try using brown fat to their advantage. One way to stimulate your brown fat and potentially create more of it? Get a little chilly.

Regularly exposing yourself for extended periods of time to colder environments than you’re used to has been shown to stimulate brown fat and can likely convert white fat into beige fat. The key is that the environment must be somewhat cold but not extremely cold, since shivering won’t activate brown fat. Making the environment a bit chilly (but not so chilly you can’t tolerate it for an extended period of time) is likely the best approach.

Since exercise has also been found to potentially stimulate brown fat, combining exercise with cold conditions could be a smart approach if you’re looking to increase the number of calories you’re burning.

“Get out of the gym and take advantage of the cooler outdoor temperatures this fall and perform some outdoor workouts,” says John Mikula, an exercise physiologist for the U.S. Department of Defense. “There may actually be some health benefits to being a little chilly during the workout, but not overly exposed to the cold.”

In terms of diet, ursolic acid, which has been tied to brown fat production, is found in several plant-based foods. “Ursolic acid is found in the peels of fruits such as apples, cranberries, blueberries, plums and prunes, as well as herbs like oregano, thyme and peppermint,” Mikula says.