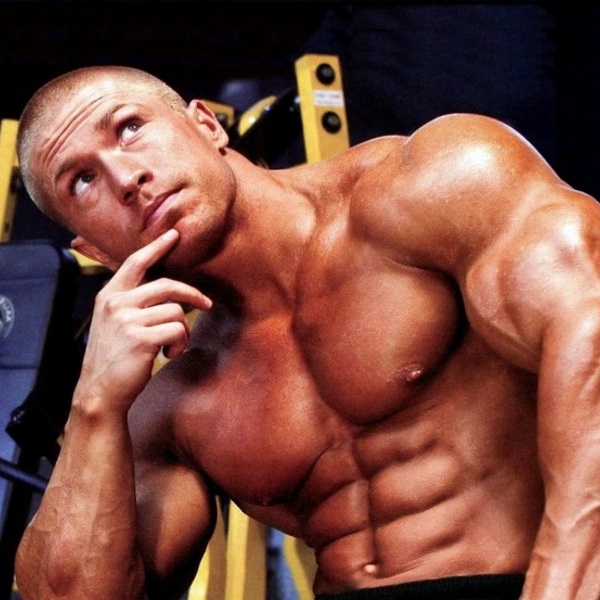 I remember many years ago I was at a banquet held in conjunction with the 1968 Canadian Weightlifting Championships. Out of the blue, a non-lifter sitting next to me pointed to the mass of lifters chowing down on their steak dinner and decided to inform us that, ”I would rather have this (points to head) than brawn.” This statement was complete with a fine air of superiority.

What we all found most offensive about this was his lack of objective evidence in either direction. He certainly did not know anything about lifters and would have no knowledge of their intellectual or academic achievements. Similarly, we had no real assurance that he was as bright as he self-righteously claimed to be.

Many members of the general public still assume that athletic people are somewhat mentally deficient. If you’re talking about weightlifters, powerlifters, bodybuilders, and other heavy iron users, those assumptions often double. Ditto with football players, weight throwers, boxers, wrestlers, and anyone else of similar ilk. This attitude has gone on at least since the days of Samson in the Old Testament.

Why does this myth persist? Does it have any validity?

Trends in the Class System

Let’s go back in history a little bit. In times gone by, many athletes indeed may have appeared to be lower than others in overall intelligence. But this is more likely due to the social origins of those concerned. Those who engaged in heavy athletic activity back then were most likely from the lower social orders, due to the fact that such activity was frowned upon by their so-called betters. Those of the working classes would obviously have been less educated than those more fortunate, and this would affect their speech and other interests. Even if an 130 IQ individual arose from the laboring classes, his social status would have shifted him away from anything intellectual right off the bat.

Now the upper classes did indulge in sports, but not usually ones requiring much musculature. Again, this had more to do with their social prejudices than anything else. Most of their sports required more intellectual inputs and, just as frequently, large expanses of real estate.

It’s time to look at more modern athlete demographics. Many sports are much more spread throughout the socioeconomic classes than they were 100 years ago. Very large percentages of people nowadays at least spend some portion of their lives in sporting activity, often at a fairly serious level. In such an environment, you are more likely to see a wider range of intelligence among the participants.

While I do not have the ability to conduct a decent and fair survey of the large number of athletes, I am pretty confident that such a study would reveal a range of IQs that would be pretty well distributed. That means that there would be a small number of Mensa people (those highest 2 percent with 130 IQs), a large number huddling around the middle, and yes, a few below normal. There would not be many in the very low intelligence areas due to their inability to fathom the game. In most sports, you at least have to be able to function independently.

One thing that does make athletes seem less intelligent is the hallowed postgame media interview of the day’s star athlete. What the public does not realize is that for some time after a game you are quite tired out emotionally. Intelligent comments are hard to come by. The media doesn’t seem to know this either, and they continue to ask inane questions of our erstwhile hero and get equally inane and clichéd answers.

My own admittedly unscientific observations in weightlifting seem to bear this out. We have had our share of intellectual achievers. Norbert Schemansky (USA) and Yuri Vlasov (RUS) were good examples from my heyday. Both were engineers. Vlasov also became a writer and politician (although I’m not sure the last one is proof of any intelligence).

We have also had our share of doctors, both medical and PhDs, lawyers, technicians, and all manner of professionals. You cannot intellectually fake your way into these jobs. We do have some athletes with little or no regard for intellectual work, and the bulk of our weightlifting population is probably huddled around the middle. If that makes them dumb in some people’s eyes, they are at least in good company, for that is where most of the world resides.

Everybody knows that over the last few decades the need for education has greatly expanded. The baby boomers alone are responsible for the need to build many new universities in the Western world. Unlike prior generations, we do not have the luxury of being able to choose whether we want to go to school or not. If you want any decent kind of life, you have to hit the books. This situation undoubtedly works into my original question. In the past your big, physically oriented individual could still do well for himself in a physically oriented job, even without schooling. These men (and it was men in those days) were often interested in sports that matched their big self-image.

But as most of us who have spent decades in the gym know, it is not just the above types who are interested in getting stronger. Whether polite society likes to admit it or not, strength is important to men, and it is especially important to a teenage boy struggling to find his place in the world. Most men have to come to terms with this in some fashion. They either have to do something about their lack of strength, or they have to rationalize that need away. The more energetic sports have always served as an outlet for these young men.

It is safe to say that American-style football would not exist if this inborn desire did not exist in males. You can say the same for hockey, soccer, rugby, boxing, wrestling, martial arts, and of course, all of the weight sports. (Yes, I said soccer, but I mean soccer as it’s played in South America and Europe, not the type played here where “mercy rules” and such are the norm.) This desire exists in all males, regardless of their IQ level or socioeconomic status. For that reason, you’re going to find a wide range of cognitive ability in sport practitioners.

Most interestingly, we are now finding that this desire for greater physical efficacy is not limited to males, as it’s always been thought. Females are participating now in record numbers and are interested in strength and power. Also quite interesting in this situation is the fact that women participants in the weight sports are on average better educated than the males. That may be one of the reasons why we don’t hear much about “dumb female jocks.” Women are far more likely to have their sexuality questioned, which I suppose comes with the territory if you’re engaged in what was once only a male sport.

In summary, someone who is not that bright but has potential for athletic success may indeed add some credibility to the dumb weightlifter paradigm. But there are far too many others who span the full intellectual spectrum. It’s important for weightlifting people not to simply point to a few stars and say, “See, we are all brilliant.” That is unrealistic and not believable. It is far more important for us to point to all of our members, then point to the rest of society and ask why there is no IQ variance between the two.

The quickest way to put someone down is to attack his or her intelligence, mainly because it is hard to measure, and therefore difficult to defend oneself in such a debate. Perhaps society has a lesson to learn from our misconceptions about weightlifters: pointing to someone who is different and claiming the difference exists because he or she is dumber does not make you any smarter.