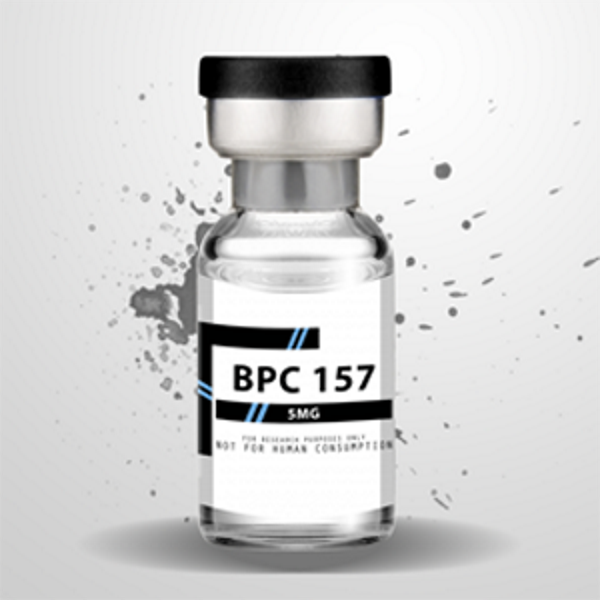 In a way this article is a response to a question I got from Ryan on the Faebook Page of the SuppVersity a week ago. He asked, whether I had an article on Pentadecapeptide BPC-157, a substance of which he’d heard that it can accelerate tendon and muscle repair and work all sorts of other healing magic. Now, as a regular at the SuppVersity you may know that I didn’t have an article on this agent a week age. So I decided to write one. Not just because Ryan asked, but also because of the practical significance of the healing effects of this peptide from in vitro and in vivo studies (no medical advice here!).

Unlike antioxidants with their anti-hormetic effects, BPC-157 actually promotes healing

Studies as they were published by Brcic, et al. in the J Physiol Pharmacol in 2009. A study in cell cultures and living rodents whose crushed muscles and transected muscle and tendons didn’t heal magically, but a comparison of the animals who received BPC 157 at a dosage of 10 µg (human equivalent 5.4 µg/kg) dissolved in saline to those who were treated with an equivalent volume of saline alone (5 ml/kg) showed a sign. accelerated response of the measured cell antigens, FVIII (involved in platelet adhesion and aggregation, present on endothelial cells of mature blood vessels) and CD34 (involved in leukocyte adhesion and endothelial cell migration during angiogenesis, present on capillary endothelial cells), as well as VEGF (Figure 1):

Figure 1: All markers of inflammation and muscle repair were sign. elevated with oral BPC-157(solid live) vs. control treatment with saline (dashed line) treatment in a model of muscle injury (Brcic. 2009).

These observations clearly suggest an accelerated (or phase-shifted) angiogenic repair process in the crushed tissue of the lab animals. One that stands in line with other scientists like Krivic et al. (2006) had found previously that they promote…

Cool? Well, I guess your next question is: “What’s the necessary dosage?” If we use the existing rodent data as a yardstick, the answer to this question is ca. 5µg/kg body weight (Novinscak. 2008; Cerovecki. 2010). That’s ~400µg per day for an 80kg man and thus roughly what you will see people on the Internet say they use.

Want to listen to me explain the study? Plus: Update! Download yesterday’s installment of the SuppVersity Science-Round-Up at SuperHumanRadio.com | click here to download! On another note, after this article was originally published I received word from someone who claims to know the researchers who did the original studies and cautions against putting to much faith into their results… that is yet not the main argument for me; rather than that I am only skeptically optimistic, because no human studies have confirmed the efficacy of the compound.
Without a human study that would conform that you need that much / that much little is sufficient, it is yet impossible to provide a science-backed recommended dosage for optimal effects at minimal side effects (chronic consumption not suggested, yet | learn why).

Ah, and before you ask: Yes, the peptide can be administered without a peptidase inhibitor or other agent to increase absorption and reduce breakdown, because it is a gastric juice peptide (Sikirić. 1993), or rather a part of it, namely a 15 amino acid fragment “with apparently no sequence homology with known gut peptides” the effects of which appear to be mediated “at least by the hormones of the adrenal, parathyroid, thyroid and ovarian glands” (Sikiric. 1994). 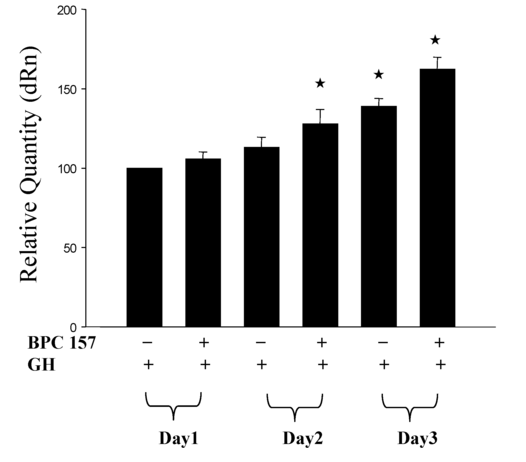 BPC-157 should stack well with GH as it potentiates its effects on tendon repair (Chang. 2014).

So why didn’t my doctor prescribe this? As gastric juice peptides, BPCs – including BPC-157 – are not patentable. Therefore, they are not interesting, and thus not produced or marketed by pharma companies (so your doctor probably doesn’t even know about their existence) and thus not available as FDA regulated drugs.

The lack of money one can make from this agent is probably also the reason there’s still relatively little research on this compound; and I fear that this is not going to change very soon… it is thus probably more a question of money than one of time when and if we will see the human studies we need to decide if its effective+safe in man | Comment!