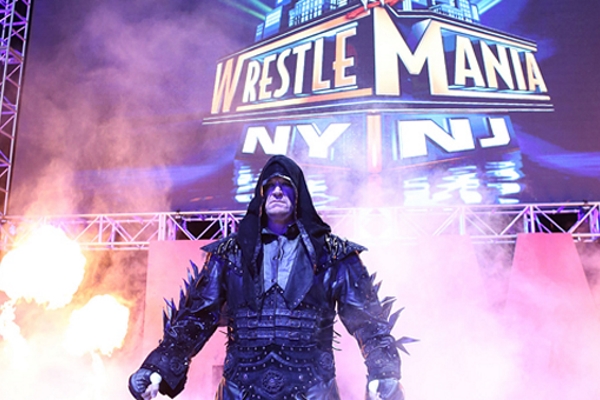 Anyone who has ever been to a bodybuilding competition is fully aware of just how boring they can be, especially if the person attending is not a true, die hard fan of the sport. Using the most popular sports in the country as a template, determining what is missing from bodybuilding is not exactly rocket science. Most other major sports contain aspects of entertainment that are not directly related to the sport itself. The NFL has it’s fantasy leagues, Sunday pizza parties, and hometown pride, while the WWE has characters with strong personalities, backstories, and high energy introductions. These are all factors which contribute to the entertainment level of the NFL and WWE above and beyond the actual game or act itself.

The WWE is a much better industry to compare to the IFBB than the NFL would be, for obvious reasons. The similarities between bodybuilding and professional wrestling are more abundant than most people seem to realize. Not only are they individual sports with a large emphasis put on each athlete’s physique, but they also share the distinction of not being fully accepted as a “sport”. Cases can be made that bodybuilding is more like a pageant than a sport, whereas professional wrestling is less like a sport and more like a TV series about wrestlers. Whether or not a person feels they are a true “sport” matters very little in regards to the topic at hand. That topic being the massive popularity difference between the two, despite sharing fairly strong similarities.

Many of the reasons that the WWE is tremendously more popular than bodybuilding are simply beyond the power or control of the IFBB and NPC. That said, there are certainly factors contributing to the WWE’s success that could very well be implemented by our own organizations in an attempt to increase bodybuilding’s popularity. Elaborate introductions complete with a costume of sorts and “theme song” were made famous by wrestling and boxing, and for good reason. It might sound cheesy to the hardcore bodybuilding fan, but the fact remains that few things in mainstream sports are as exciting as WWE and boxing introductions. When the arena went pitch black and those dark bells rang out for the devilish introduction of the Undertaker, wearing his black trench coat and top hat, everyone was entertained. Do not try and deny it, you know you loved it.

At first glance, bodybuilding intros do seem a bit ridiculous. However, when everything is taken into consideration, especially the extreme effectiveness intros have in the WWE, one can easily make a case for implementing over the top introductions into bodybuilding. Decorated introductions help add much needed “character” to the athletes. In the WWE, the personality and backstory behind the athletes is equally as important to their popularity as their ability to wrestle. The same can be said for bodybuilding, although it is not something we generally concern ourselves with in this sport. Guys like Kai Greene, King Kamali, Lee Priest, and Evan Centopani being the rare exceptions. Kai and King both created very specific “characters”, making them far more interesting and in turn, more popular. Evan and Lee on the other hand, simply stayed true to their ways and spoke their minds, causing many fans to feel a genuine connection to them.

When you hear the names Hulk Hogan or John Cena, what pops into your mind? Their ability to wrestle? I think not. Hulk Hogan garners thoughts of him ripping his shirt off, the colors red and yellow, summoning praise from the audience via his hand to is ear, and of course, ending most statements with a deep, loud, “brother!!”. This, in a nutshell, is exactly what bodybuilding is missing. When you think about guys like Lee Priest, Evan Centopani, or Kai Greene, you think tattoos, bad boy, all American, organic, philosophical, or artistic, respectively. It is no coincidence that these character-containing competitors and competitors similar to them are the most popular bodybuilders in the world. Bodybuilding, just like the WWE, needs good guys, bad guys, guys that remind you of yourself, heroes, freaks, etc., in order to maximize its popularity. Bodybuilding already has all of these characters, we just need to focus more on the characters hiding behind the physiques, and for entertainments sake, even exaggerate them a bit a la the WWE. We already have our own “All American” Hulk Hogan figure in the shape of Evan Centopani, Sergeant Slaughter by way of Cedric McMillan, and Stone Cold Steve Austin in Branch Warren. When it comes right down to it, how different are our characters than the WWE’s?

Imagine what effect it would have on our sport’s popularity if all of the bodybuilders in the top 20 or so had a similar following to Kai Greene or Lee Priest. An athlete who keeps to himself and is only seen onstage posing will never really garner the attention of anyone who is not already an avid bodybuilding fan. Conversely, a philosophical young man who grew up in foster homes may very well take a liking to Kai Greene despite having zero interest in bodybuilding. The same can be said in regards to a no bullshit, tattoo-sporting person becoming a fan of Lee Priest void of any real concern for bodybuilding, or a non-bodybuilder health food nut being a fan of Evan. This is bodybuilding’s one way ticket to more popularity. The sooner spectators start becoming fans of the athletes themselves, as opposed to just the sport they partake in, the sooner our sport can finally overtake table tennis and video games in popularity.