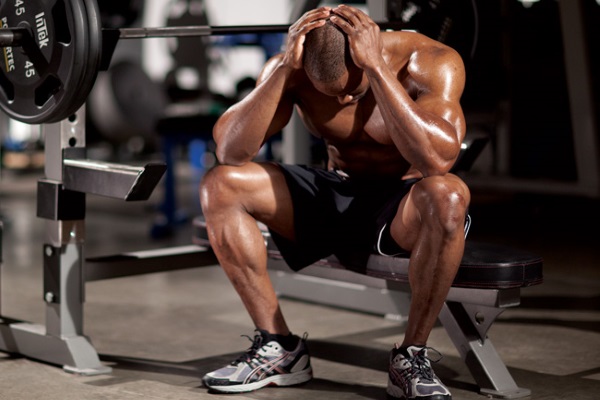 For some the negative effects of anabolic steroid use on the body’s own testosterone production and fertility are not as temporary as most underground manuals would like us to believe. There’s a growing body of medical evidence from chemical bodybuilders whose bodies are not recovering from their steroids habit. The latest doom-laden study comes from Morriston Hospital in Swansea, Wales.

The bodybuilder
The protagonist in this case, which has been published in Fertility & Sterility, is a 40-year-old bodybuilder. He and his partner have been trying, unsuccessfully, to conceive for six years. Tests have shown that he’s the one with a problem, not her. His steroids use has left him infertile and with a persistent erection problem.

The bodybuilder used growth hormone, testosterone and nandrolone for ten years, but had stopped two years before he sought medical help. According to the doctors’ reports his body was still well muscled, but the first examination revealed that his testicles were on the small side. The doctors estimated their volume at 3 ml, whereas the average volume of non-steroid using adult males is 18-25 ml.

The man’s sperm was as dead as a doornail. One ml of normal semen contains 80,000 – 400,000 sperm cells. One ml semen from this bodybuilder contained no sperm cells whatsoever.

Since stopping the steroids the bodybuilder’s libido has been low. And on the occasions that he has sex, he’s troubled by erection problems.

The doctors measured the bodybuilder’s blood concentrations of testosterone, LH and FSH. The normal values for these hormones are 8-40 nanomoles/litre, 1.7-8.6 units per litre and 1.5-12.4 units per litre, respectively.

No treatment
The doctors are at a loss as to how to treat the man, so they have not intervened. They continue to monitor him. Two and a half years after stopping with steroids his testicles started to produce sperm again, but in very small quantities. His testosterone level remains low. For a vaguely normal sex life the man is dependent on the erection medicine prescribed by the doctors.

Conclusion
Although most handbooks and steroids gurus are optimistic about the body’s ability to restore its hormonal balance after steroid taking, at least some users don’t recover from their cycles. “This case adds to the current literature and illustrates that the side effects of anabolic steroids can be prolonged and irreversible”, the doctors conclude.