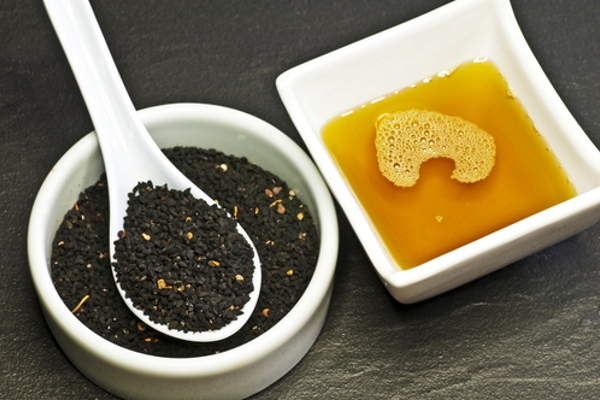 Yesterday we wrote about an Iranian animal study in which a supplement containing Nigella sativa boosted testosterone levels. But the dose used was gruesomely high. Today we’ve come up with some animal studies in which Black Seed Oil extracted from Nigella sativa seeds also causes testosterone concentration to rise. And the dose needed? It was more acceptable.

Black Seed Oil
Black Seed Oil also goes by the name of Black Cumin Seed Oil. It’s a health food that’s pretty hip at the moment. According to ethnopharmacologists, the oil reduces blood pressure, has a painkilling effect and kills gut parasites. Women in some cultures use Black Seed Oil as a contraceptive and traditional healers give it to girls who are late with the onset of puberty.

Androgenic effect
In 2011 Moroccan researchers published an animal study in which male rats had been given an injection of Black Seed Oil in their small intestine every day for 30 days. [Phytothérapie (2011) 9: 338–342.] If you convert the dose to a human adult male weighing 85 kg, you come up with about 6 ml per day. [Traité] Rats in the control group were given no active ingredients. [Témoin]

At the end of the 30 days, the rats that had been given Black Seed Oil had higher testosterone levels than the animals in the control group. In addition, the testes and prostate of the rats in the experimental group were larger.

Oral administration
Iraqi researchers also reported comparable effects in 2011, after they had administered Black Seed Oil orally. [Iraqi J. Vet. Med. 2011 35(2):52–60.] The Iraqis gave rats 1 ml Black Seed Oil per kg bodyweight every day for 30 days. The human equivalent of this dose would be about 12 ml per day.

The concentration of LH and FSH, the hormones that stimulate the testes to produce testosterone, was also higher in the rats that had been given Black Seed Oil than in the rats in the control group.