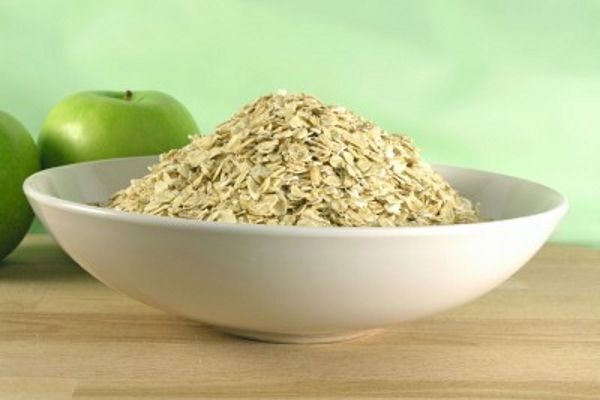 Bodybuilding is not just a choice; it’s by all means a demanding lifestyle that requires your brain and body dedication both in and out of the gym. You basically need to put your life on a schedule completely inline with your diet, and the diet itself needs to be structured in a way that it provides your body with the most efficient kinds of fuel available. This is where Oatmeal comes in the picture mostly because it’s known as a “good” food full of carbohydrates and fiber, which are ideal for bodybuilders and their demanding lifestyle.

So, what exactly the Oatmeal diet does for bodybuilders?

Every time when you find yourself in a grueling intense training session, your body is burning calories as energy source for your muscles. These calories follow under two categories – fat and carbohydrates. A 2009 study conducted at the University of St. Thomas by Dr. Daniel Carey, has discovered that during times of low intensity, the body uses as much as 57 percent fat calories and 43 percent carbohydrate calories. However, during times of high intensity training sessions, which are the majority of the exercises performed by any bodybuilder, the body will use as much as 87 percent carbohydrates. In that line, oatmeal, rich in “good” carbs according to the Harvard School of Public Health, is an ideal pre-workout meal.

According to a recommendation issued by the United States Department of Agriculture there is a certain amount of calories for every person based on their activity level, age and sex. For example, a 32-year-old female who lives an average activity lifestyle needs only 1,800 calories per day to maintain a healthy energy level. Meanwhile, a 27-year-old male with high intense lifestyle as a bodybuilder may need well over 3,000 calories per day. One serving of oats contains 140 calories, which for a bodybuilder allows multiple servings per day between full meals.

As we mentioned above, a bodybuilders lifestyle demands a certain schedule and timing is an important part of it. According to a research study done by the Mayo Clinic, your meals should be timed specifically around when you lift weights. Smaller meals such as a bowl of oatmeal needs to be eaten 2-3 hours before intense workouts, allowing the food to digest and leave the gut before you start training. Larger meals that just contain oatmeal as a side dish need between three and four hours to digest before practice. If the food has not yet been processed, your body will be derailing precious energy to digesting the food, which could otherwise be used toward lifting weights.

Choosing oatmeal is kind of like a difficult decision made of two options; traditional steel-cut oats and instant microwavable oats. Traditional steel-cut oats contain only whole-grain oats with zero additives, meaning no sugar, no sodium and no saturated or unsaturated fats. Instant oatmeal on the other hand is packed with lots of sugar and 240 mg of sodium, which equals roughly to 16 percent of your daily sodium recommendation. Instant oatmeal also contains 1g each of polyunsaturated and monounsaturated fats. Therefore, traditional oatmeal, due to its pure contents and no additives, is much healthier and effective choice in keeping you full and energized.

Muscles don’t grow from only huge amounts of carbohydrates. Carbs can provide you with the energy needed for the extensive workout, but, your muscles require large amounts of protein on a regular basis to increase in size, according to a 2001 French study led by Dr. Martial Dangin. The USDA recommends that bodybuilders eat as much as 0.8 g of protein for each pound of body weight, which can be found in the following food choices: whey protein shakes, grass-fed beef, lean turkey breast and fatty fish.