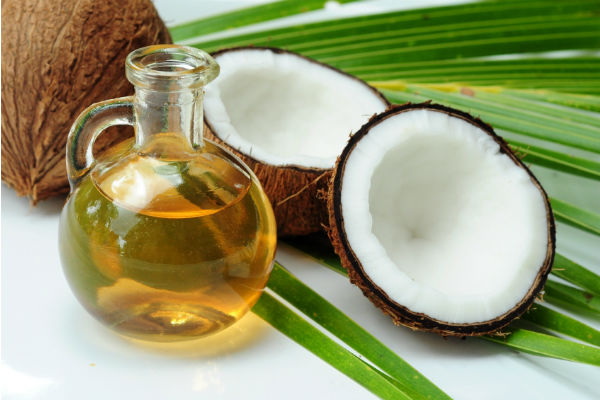 What is MCT Oil? MCT’s are also known as Medium Chain Triglycerides, which are a concentrated form of a coconut oil. The benefit of healthy saturated fats in coconut is comprised of MCT’s (Medium Chain Triglycerides). Another great thing about MCT’s is they are 6x stronger than eating coconut oil (which also gets a very high praise in the nutrition industry). MCT’s also offer the body to be uniquely metabolized and easily digested making them an easy source to ingest on a daily basis. When it comes to choosing a healthy fat source in your diet, MCT oil should be something considered. In this article I am going to outline the pro’s and con’s that MCT’s can offer, how to utilize MCT oil, and why this is effective as a healthy fat source combined with omega 3’s, 6’s and 9’s.

Before we being, lets first understand what MCT oil is. MCT oil is a fat produced from coconut oil and palm kernels. While some do refer to it as coconut oil there is a small deviance. Most dietary fat is made up of LCT’s (Long Chain Triglycerides) consisting of 12-18 carb atoms per chain. MCT’s on the other hand are shorter, meaning they have 6-10 carb atoms per chain. Due to the difference in structure the two fats have different properties even though they may be categorized in the same department.

Due to MCT’s being a shorter chain triglyceride they are metabolized much quicker. These fats (MCT’s) are taken straight to the liver where they act similar to carbohydrates in providing instant energy. Some people thrive off carbs for energy, while some will thrive off fats. Knowing which is optimal for you is a trial and error experiment only you can solve. Since the body is very efficient at metabolizing and digesting MCT’s they pass through the GI tract with ease. Due to less salts for digestion they surpass the speed in which LCT’s are digested (long Chain Triglycerides such as coconut oil). If your body does have a hard time digesting things like coconut oil or other forms of LCT’s, then you should consider MCT oil.

What benefits can MCT’s offer into my diet? MCT’s can help improve blood sugar regulation, improve appetite regulation, improve metabolism, improve thyroid function, and are used to treat ailments (cystic fibrosis, seizures, Alzheimer’s, and Diabetes). When utilized for brain function, MCT oil enhances ketone production. Ketones have been known to be effective fuel for brain function especially those who utilize a Ketogenetic diet. For those who thrive off carbs, MCT oil would be an easy way to ingest healthy fats and keep bloat to ease with a higher carbohydrate based diet. Let us also look at some research behind MCT oil and how it can increase athletic performance, fat burning, increasing metabolic rate, and maintain muscle mass.

MCT’s quick digestion compared to LCT’s has attracted athletes looking to improve performance. There have been numerous studies on animals and humans to improve athletic performance. One key trait shown was an increase in endurance over prolonged athletic activity. Mice were studied during swimming capacity tests and those who were fed a diet containing MCT’s outperformed those who were fed a diet of coconut oil (or LCT’s). The research also noted the speed in digestion between the MCT and LCT group. The MCT group had sustained energy and prolonged output when it came to athletic activity over the LCT group. The research also noted enhanced energy enzymes at much higher levels in the MCT group over the LCT fed group.

Another great property to address with MCT oil’s is the increased ability of thermogenesis or fat burning. Browsing over pubmed studies I ran across a study showing six lean and obese individuals that were given the following meals: LCT only meal, or a LCT + MCT Meal. The study came out to show the results of the meal containing MCT’s improved the obese and lean individuals thermogenesis over the 6-week span. Not only does that give us some hope, but in another study it showed MCT’s can improve long term dietary success in those who are obese. While most individuals who are in the gym are not going to be obese, take it with a grain of salt, there are some benefits to the MCT Oil and its daily use.

If MCT oil is providing a benefit to fatloss and improved performance, does that mean it could aid our metabolic rate? Absolutely. With an increase in energy expenditure (metabolic rate) the difference between LCT’s and MCT’s were shown and demonstrated in human subjects. Studies including men and women who kept a similar caloric intake and utilized MCT oil showed an increase in bodyfat. Nothing was changed but the direct sources of fat they used and replaced with MCT Oil. Due to the fast digestion rate MCT’s offer over other sources (Whole eggs, Fish, Dairy, Beef for example) the satiety in each meal remained the same regardless of source. Subjects felt no change in hunger and an increase in performance. Due to the individuals feeling fuller this made dieting an easier process instead of creating hunger pains with other fat sources. This also restricted subjects to overeat and remain in a caloric deficit to sustain their weightloss goal.

One of the last things I want to touch on is how these can help retain muscle mass with daily use. MCT’s can be of benefit towards preventing muscle breakdown in a few fashions.

When I referred to a Ketogenetic diet earlier, ketones are used as energy when he body has been under 50g of net carbs for a prolonged period of time. Muscles will utilize amino acids (which are beneficial when muscle is broken down during weight training) to delay muscle catabolism from occurring. The MCT’s help transport amino acids to the muscles in a quicker fashion that LCT’s would which provides yet another benefit to preventing muscle loss during training. When in abundance (Fats) they can help delay muscle glycogen depletion as they help hold the carbohydrates (glucose) in our system during weight training or prolonged endurance activity. For some, carbs are better as an energy source but for other, MCT oil can be an option. The individual will vary on what works better for them being a higher fat or higher carb based diet to their optimal performance in the gym.

After demonstrating the benefits of MCT oils how can one include them on a daily basis? Being a cook myself I enjoy using them in multiple ways.

First is the easiest way using them as dressings for a salad or stir-fry. Simply add a tablespoon or amount desired after a dish is prepared. MCT’s do not have a sharp taste to them and provide an easy amount of calories for those who are in a surplus. When one complains they cannot add weight, add a few tablespoons onto a stir-fry for an additional 200 calories with ease.

Secondly people like to use them to cook with. You can use MCT’s in a skillet to cook chicken, beef, fish, or sautéed vegetables with. The MCT’s oil do not have a high boiling point like olive oil does and will help prolong the life of the oil when exposed to high levels of heat. While coconut oil gets a large praise for cooking eggs, MCT oil is just as effective if cooked at the right temperature (medium heat). I would keep the temperature below 325-350 when using MCT oil especially in a skillet. You could even use MCT oil with baking. MCT oil would be used to top homemade baked fries or sweet potato fries for a crispy coating on the final product.

As with any supplement or food source use it in moderation at first before adding additional MCT oil to your diet. Some people enjoy it, and some people could care less for it. Given the benefits MCT oil can provide it would be a great inclusion in anyone’s diet!