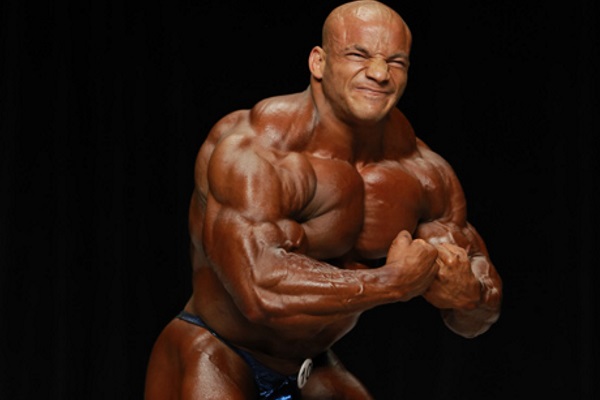 Will Big Ramy go down in history like another Markus Ruhl?

This year a new record was set on the Olympia stage. For the first time ever a bodybuilder competed on stage weighing over 300 lbs. That’s not a fictitious number. Mamdouh Elssibiay, the man more commonly referred to as Big Ramy, broke the record for the heaviest bodybuilder to ever compete in the prestigious event, weighing in at 316 lbs. It’s a feat that many would’ve never thought was possible. Not only did he impress with some good definition and symmetry, but was also visibly the most massively muscled man on stage. If you looked mass monster up in a dictionary then there’s no doubt that you’d see a picture of Big Ramy there.

Despite his size, the Egyptian behemoth wasn’t able to win the Olympia. Sometimes muscle just isn’t enough to prove your worth. But despite that, it was truly a sight to behold, seeing a man the size of Big Ramy on stage. Roelly Winklaar and Branch Warren are in no way shape or form small men. They dwarf the average joe by over one hundred pounds. But next to Big Ramy those two men looked average in comparison.

The Egyptian’s massive size brings to mind other bodybuilders who were enormous during their era of competition. Markus Ruhl in particular was a man that was not only able to get extremely big, but still cut down his water weight to get that dry and shredded form that so many bodybuilders are envious of. Take a look at the German bodybuilder take the stage at the 2002 Night of Champions and tell us that he couldn’t rival Big Ramy in size.

For every generation of bodybuilders there will always be a mass monster that makes the other competitors look like children in comparison. Will they ever win a major show like the Olympia? Only time will answer that question. But as we move forward we’re liking Big Ramy’s chances.