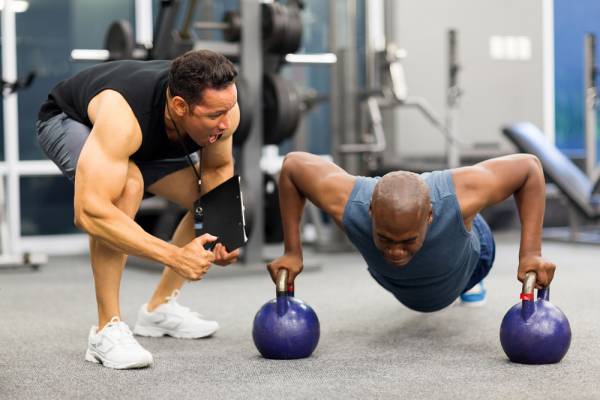 The word “guru” originally comes from Sanskrit. According to Wikipedia, it means,
“teacher or master of a certain type of knowledge.” However, in an industry where your expertise is your currency, some experts have appropriated the term “guru” and turned it into a weapon of mass defamation. In the fitness industry, guru means fraud.

If you use anything other than industry standard terms and your perspective isn’t 100% substantiated by hard science, then someone, somewhere probably thinks you’re a “guru.”

In this article we’re going to take an objective look at the phenomenon of fitness gurus and identify how they can actually help us be better informed. We’ll also probably rustle some jimmies along the way, which is always entertaining.

Recently a video recorded by a self-proclaimed functional training expert has been making the rounds on the Internet. The video is a five minute rant about why the deadlift is a stupid exercise. I’ll let you stew on that for a minute. In a similar vein, recently Charles Poliquin was interviewed by Tim Ferris and vocalized his disdain for the kettlebell swing. He also laughed as he proclaimed the goblet squat “a moronic exercise.”

From a Scientific Standpoint

On the flip side, we have hard working scientists who spend an enormous amount of time calling out individuals whose ideas they deem unscientific. Unfortunately, the over-reliance on science and the literature is yet another shade of the guru problem. There are plenty of popular academics who constantly lean on scientific literature to demonstrate why they’re right. In some way these people are the most dangerous. They have the strongest appearance of authority but may be unintentionally encouraging people to forego self-reliance and only focus on the literature.

“Latching onto a specific exercise, whether it’s in a positive light or negative, is usually a giant red flag.”

While it’s hard to fault people for publishing what they believe is quality information, having a big reach is a big responsibility. When thousands of people are willing to do what you say solely because you said it, you have the ability to do a lot of good. Unfortunately, you can also cause a whole lot of harm if you’re not careful.

There are some universal rules of health and fitness, but most of them aren’t particularly specific. Eat a lot of produce, adequate protein, and healthy fat. There’s roughly a million different ways to satisfy that rule. In terms of progressing your fitness level, you need to do a little bit more today than you did yesterday. Again, within that paradigm you can do more weight, more reps, run a little further or faster, or simply walk ten more steps today than you did yesterday.

The trouble is when coaches want to spew hard and fast rules for these situations. Latching onto a specific exercise, whether it’s in a positive light or negative, is usually a giant red flag. If the exercise in question is something as time-tested as the deadlift, the flag is now on fire and soaked in the blood of small children.

Poliquin’s dismissal of the goblet squat encompasses both.

The goblet squat, strictly speaking, isn’t a maximal strength exercise. It can help make you stronger, and it’s a fantastic teaching tool, but no one’s claiming goblet squats are going to add 100lb to your platform attempt. Unfortunately, that’s pretty much why Poliquin said they were stupid. If you can squat four plates, lifting a kettlebell probably isn’t going to make you squat more.

“If your main concern is improvement in functional strength and work capacity without access to an Olympic level facility, a kettlebell is a fantastic option.”

I have to believe the shot at both the kettlebell and goblet squat were thinly veiled attacks on Pavel Tsatsouline. The funny thing is, if you look at the methods of these guys, they’re not terribly different. They both believe in old-school strength training with a focus on proper technique and progressive overload. The real difference is in the populations they train. Poliquin works with high-level athletes. Pavel has a much larger interest in soldiers, combat athletes, and everyday people.

If you want to train someone to be at their absolute peak level of strength the barbell is the best tool due to its variability in loading. If your main concern is improvement in functional strength and work capacity without access to an Olympic level facility, a kettlebell is a fantastic option. In other words, they’re both right where their target population is concerned. Weird.

Science as a Golden Idol

The literature provides us with a valuable gold standard, but it’s worth acknowledging that even that standard has some flaws. For one thing, by the time an idea or modality has been proven beyond any shadow of a doubt it’s usually pretty old. Studies take time, and a review article (the highest level of scientific evidence) requires that a large number of studies already exist. It’s a humorous paradox because there’s a common belief that employing scientific methods puts you on the cutting edge of the profession. Over-reliance on “the literature” means there’s a good chance you’re well behind the most forward-thinking minds in your field.

The nuts and bolts of publishing an article aren’t nearly as glorious or pristine as many people seem to think. The academic science industry seems more concerned with producing articles with iron-clad conclusions than doing work that actually matters. This is a broad generalization, and I’m positive there are scientists out there doing good, valuable work – but the point remains. The literature is a useful source, but it is far from the infallible authority many people see it as.

Functional Patterns has almost 240,000 likes on Facebook. That’s a lot of fans. If you scroll through some of his posts you’ll see a lot of people thanking him for showing them how to get out of pain or get back in shape. I think we can all agree these are good things.

When it comes to training gurus, it’s easy to throw the baby out with the bathwater. There’s no singular definition of fitness nor is there a universal best way to get in shape. Confirmation bias is an aspect of human cognition. It means our brains organize the information we perceive in order to best support what we already believe. While this can be problematic, at least it demonstrates a universal truth: people gravitate towards the things they relate to. Right or wrong, trying to make those people feel stupid isn’t helping anyone.

“There’s no singular definition of fitness nor is there a universal best way to get in shape.”

The only real guard we have against gurus is personal accountability. When you take it upon yourself to learn the science and develop your own fact-based perspective, the gurus lose their power. You might also notice that instead of immediately dismissing his or her viewpoint because it clashes with your own, you may be able to glean a few pieces of wisdom that enhance your understanding.

Gurus only have the power we give them. Maybe it’s time we take it back.