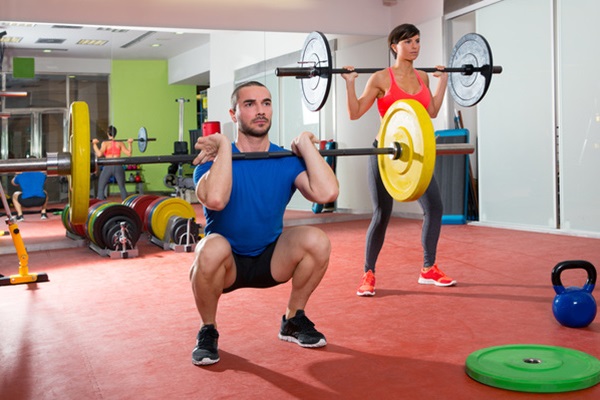 For your leg muscles it makes no difference whether you bring the bar down behind your neck or let it rest at the front of your torso on your shoulders when doing squats. Sports scientists at the University of Florida discovered this when they compared the effects of the traditional back-squat with those of the front-squat.

In gyms you often hear that the front-squat is lighter on your lower back and isolates the quads, or that one way of doing squats is better than the other for the gluteus or the hamstrings. Until now, however, studies have been inconclusive. Before burying another piece of bro-science for good, the researchers decided to examine the differences between the two exercises one last time.

The researchers also used cameras to record the amount of pressure caused in the joints by the exercises. The results showed that the front-squat caused 18 percent less pressure on the knee joint than the back-squat did.

So for athletes with knee-joint problems the front-squat is better than the back-squat. The same goes for athletes who have reduced flexibility in their shoulder joint and find it difficult to hold the bar while doing regular squats. But if you don’t have these problems there’s no reason to pick one variant over the other. The effect is the same.