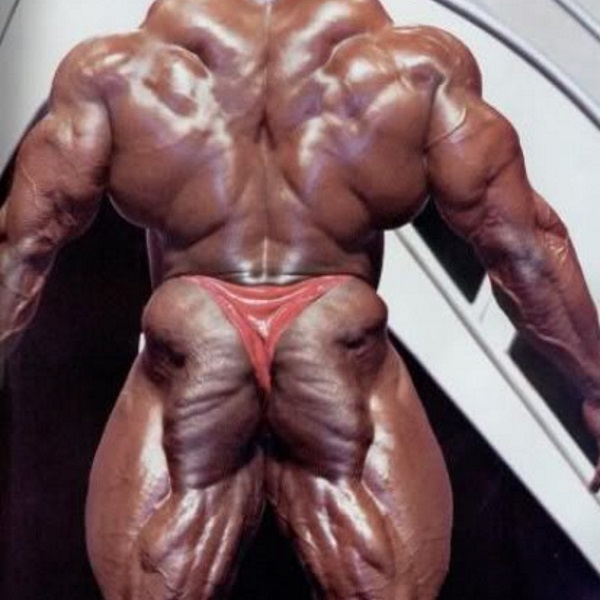 It is not uncommon to hear a person in or around the bodybuilding industry make a statement in regards to the winner of a bodybuilding contest ultimately coming down to which competitor has the fewer number of weaknesses. If you follow bodybuilding for any length of time, it becomes obvious (at least it should) that this sentiment is incorrect more times than not. More accurate would be a statement such as “The competitor with the BEST weaknesses wins the show.” What this means is that it seems to be more conducive to make sure your weak points are “less important” muscle groups, whereas your strong points are “more important” muscle groups, in regards to how modern bodybuilding is judged.

When looking back at past Mr Olympia winners, you see that most if not all of them had obvious weaknesses. On the same token, there are, and have been throughout history, several professional bodybuilders without any discernible weaknesses who have never or will never win the Olympia. Dorian Yates had a thick waist as well as a torn bicep later in his career, Ronnie Coleman had lackluster calves and later on, stomach distension, Jay Cutler had a wide waist, Dexter Jackson had no calves, and Phil Heath has a narrow chest, as well as narrow clavicles. On the other hand, Chris Cormier, mid 2000’s Victor Martinez, Shawn Ray, Kevin Levrone and many other pros have lacked weakness the way Bob Saget stand up lacks any class or humor.

Specific body parts carrying more importance in a bodybuilding show than others is the only logical explanation for this balance-is-not-everything paradox. Calves represent this truth better than any other body part. Calves are the division three bench warmer of the bodybuilder body, nobody really seems to care about them unless they are abnormally spectacular. Dennis Wolf won the Arnold Classic on some of the worst calves our sport has ever seen, and Dexter won the Olympia, our sports pinnacle, on small calves. Johnnie Jackson, who is all but void of any calf development and also sports fairly under developed legs in comparison to his upper body, has won a couple pro shows and placed top three at many pro shows, including a top four finish at the Arnold Classic. Calves do however seem to somehow snake their way into many physique analyzations, even though we all know they matter very little, if at all.

Chest is a muscle group that also lacks the ability to make or break a champion. Although many Olympia champions have had impressive chests, it is rarely brought up as being a major player in what made them who they are. Dennis Wolf’s chest was nothing to write home about as he dominated the 2014 Arnold Classic. A similar situation occurred at the 2014 Dallas Europa show, where Steve Kuclo had the weakest chest of anyone in the top four, yet was still able to win the show. While this did cause more controversy than a Miley Cyrus performance, in the end, Steve was given first place despite his inferior chest development. Evan Centopani has also taken home the first place trophy at a couple extremely competitive shows despite having the worse chest in the entire top five.

Ironically, one of the most effective muscle groups at moving a bodybuilder up a few places is rarely recognized or even trained by the average person. This grouping of muscles being glutes and hamstrings. Not only is the development of one’s glutes and hams important, but the conditioning of this area of the body is generally the nail in the coffin for an athlete’s opponents. For one reason or another, the conditioning of the glutes and hams has become something of a holy grail in recent years, giving guys like Flex Lewis a distinct advantage due to the fact that their glutes get into shape very easily in relation to the rest of their bodies. In my opinion, this is a very unfortunate fact. There is just something a bit silly about watching a bodybuilding show and waiting with bated breath for all the guys to turn around so that we can see who has the most shredded ass.

The quads seem to be more important than chest, yet less important than glutes and hams. While great quads are generally essential to bodybuilding success, they fail to make up for other weaknesses the way shredded glutes and hams can. We have seen this represented by Lionel Beyeke, Big Ramy and most notably, The X Man, Toney Freeman. Toney had some of the greatest quads in the sport, but would often times be placed poorly because his glutes and hams were not shredded. Big Ramy has the best quads in the sport, and he gets the same feces covered end of the stick as Toney because of “soft” glutes and hams. This goes hand in hand with the idea that bodybuilding shows are won from the back, which I agree with, although I am not in favor of it.

If any body part takes precedence over glutes and hams, it is the back. Asking a person to name an elite or hall of fame bodybuilder with a weak back is like asking the same person to name a short, white dunk contest winner, they simply do not exist. Lee Haney, Dorian Yates, Ronnie Coleman, Jay Cutler and Phil Heath if nothing else have one thing in common, thick, wide, freaky, knotty backs. Not only is the back arguably the most important muscle group to seal the deal at a show, it is also the hardest body part to find substantially developed at your local gym. Big arms, delts, and chest are a dime a dozen. Arms especially. Even good legs are common to a certain degree, often times being the product of superior genetics below the belt. Great backs do not fit in this “often seen” group. The primary reason for this is that without hard training, genetics alone are unable to build an impressive back and it is more than likely the only body part for which this holds true.

In most sports there are basics which need to be learned and mastered if you hope to ever become respectable at the sport. Dribbling and shooting in basketball, running and tackling in football etc.. When it comes down to it, the basics in regards to bodybuilding, based on the way that it has been judged the last thirty years or so, should probably be back development, glute/ham development, and extreme conditioning. These attributes, above all others, are absolutely necessary if one wishes to become an elite level professional bodybuilder.