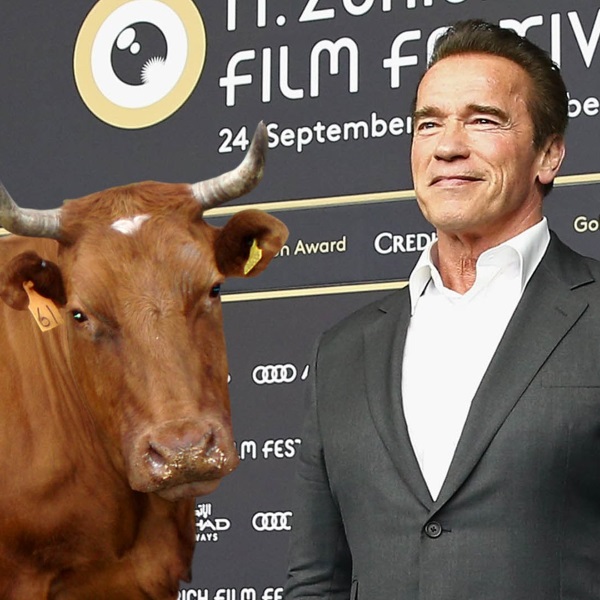 Has Arnold Schwarzenegger gone vegetarian? Sorta. Of course he built his body eating meat, as have some other well known bbers, such as Bill Pearl, who went vegetarian after their bbing careers. So, the very career and many millions Arnold made due to his body, now doing public service messages on meat. In my view, that’s a tad hypocritical, but people’s positions on things do change with age, and Arnold is no different. One could argue he could have built that body not eating meat, but that’s a different issue for another day…For those interested in my take on vegetarian eating for athletes, you can view that HERE.

Is that a bad thing? Not really. Most people should eat less meat and more plant based foods, which will be better for both health and the environment. Arnold is actually taking a fairly balanced approach to this issue, but no doubt, will be taken out of context by many.

Two, people should also remember, Arnold is a bodybuilder and action movie star and generally all around cool guy (met him several times), but he’s no scientist. I don’t know if this recent change of dietary focus on pro environment status will lead to Arnold becoming some militant vegan, but I doubt it.

Bottom line? Arnold is right: Most people should eat less meat and more plant based foods (ye fruits and vegetables…) for both health and environmental reasons, but there’s no reason what so ever to be a vegetarian, much less a vegan, and It does not sound as if that’s Arnold’s message.