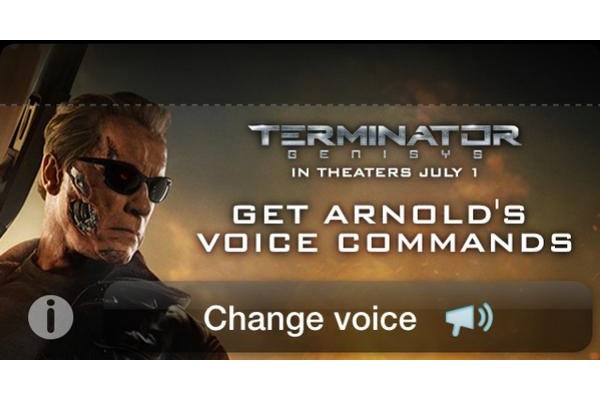 He’ll be back… to give you directions.

When it comes to bodybuilding there’s always one name synonymous with the sport: Arnold Schwarzenegger. He’s revered as the greatest bodybuilder to ever compete in the sport not only because of his physique, but because of charisma and personality as well. The man truly redefined what it meant to be a professional bodybuilder. He used his prowess in competition as a springboard to turn him into the super star that he is today and has made a lucrative career based on his intellect as much as his physique. Simply put – there hasn’t been anyone in bodybuilding quite like Arnold since.

That same innovative mind set has led him to movie roles in classics like Predator, Conan, and the film that made him a household name, The Terminator. This July the next installment of the Terminator franchise will be hitting theaters and it seems like Arnold is having some fun with his upcoming role as the cyborg killing machine from the future. Arnold is planning to invade your phone and give you some advice while you’re on the move. Check it out below.