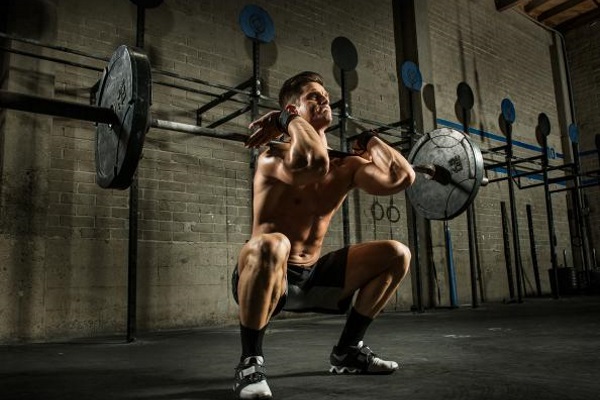 They’re touted as two of the best exercises if you’re looking to get stronger, fitter, and more powerful; but deadlift alternatives and squat variations may be better in some cases.

Deadlifts and squats: They’re staples in just about every guy’s get-swole routine. But are they really a must-do? Or have all of the guys waiting in line at the squat rack just been wasting their time?

Well, squats and deadlifts aren’t exactly mandatory, but they sure as hell aren’t overrated.

“Besides being functional, they are huge compound lifts, meaning that you can move more weight, build more muscle, and burn more calories than you could by performing half a dozen more isolated lower-body moves,” says exercise physiologist Mike T. Nelson, Ph.D., C.S.C.S.

Plus, both of them are posterior-chain dominant, meaning they really work the muscles in your backside—your hamstrings, glutes, back muscles, and spinal stabilizers—the muscles that allow you to jump higher and run faster, says Tony Gentilcore, C.S.C.S., co-founder of Cressey Sports Performance training centers in Massachusetts and Florida. And if you want to put on size, even if it’s not in your legs (although it should be; chicken legs do no guy any favors), having a strong base is vital to moving more metal during virtually any upper-body exercise, says Gentilcore, who notes that both moves can correct many postural imbalances (thanks, 9-to-5 desk job) and improve overall biomechanics.

When You Can Skip ‘Em:

So why would any guy want to skip squats and deadlifts? In a word, injury. Both exercises get a bad rap, especially among lifting newbies. But generally, it’s poor form, not the actual exercises that lead to knee and back injuries, says personal trainer Mike Donavanik, C.S.C.S. (Granted, if you have had knee or back injuries or surgeries in the past, you should talk to your doctor before squatting or deadlifting, as both do work your knees and back more than some other exercises, he says.) While some guys just don’t know how to perform them properly, others just don’t have the mobility to do so. And some never will. Every guy’s body is different, and some hip joints just don’t allow for ass-to-grass squats, Gentilcore says.

Squat Variations:
Which brings us to variations. “Squats and deadlifts are easily tweaked to fit the needs and abilities of lifters while still getting them the benefits they want,” Gentilcore says. For instance, while Nelson has every client of his perform traditional deadlifts, only two of them perform back squats. One’s a powerlifter and the other’s a CrossFit competitor—so back squats are part of their sports. Other people just don’t have the mobility to do them properly, so their attempted back squats turn into good mornings. “But that doesn’t mean the rest of my clients aren’t squatting. Everyone else performs some type of squat, be them kettlebell squats, goblet squats, or front squats, every week,” he says.

Front squats are especially auto-correcting since the barbell placement counterbalances your hips to keep you from hinging forward and stressing your back, he says. As do goblet squats. “Because the weight is loaded in front of the body and closer to the individual’s center of gravity, they’re really able to sink lower into the squat while keeping pressure in the heels. Plus, I think they train the proper mechanics of a traditional squat, so guys can progress to them if they want to,” says Donavanik. “I think every guy should do goblet squats.”

But whatever type of squat or deadlift you choose to churn out—because, yes, you should be performing them—if something doesn’t feel right, you should always talk to a trainer to check out your technique, Nelson says. After all, if fending off injury doesn’t motivate you to fix your form, the four guys standing behind you in the squat-rack line, all of them undoubtedly making fun of you, should.