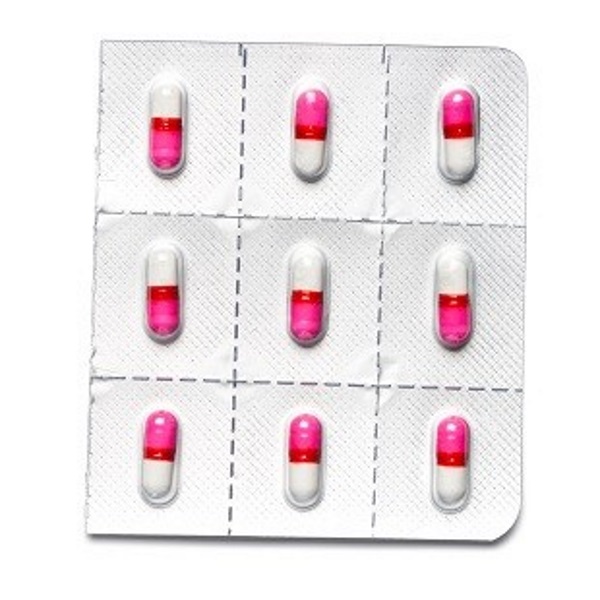 “An antihistamine is a type of pharmaceutical drug that opposes the activity of histamine receptors in the body,” that’s what Wikipedia knows about antihistamines. This, and the fact that there are H1-antihistamines and H2-antihistamines, that they target the histamine H1/2-receptors and that they are used to treat “problems” from allergic reactions in the nose (e.g., itching, runny nose, and sneezing) to insomnia… quite the range 😉

What Wikipedia does not know, however, is that histamine is “important substance contributing to the normal day-to-day response to exercise in humans” (Romero. 2016a) and that blocking it will also block a significant part of “the human response to exercise, [which] includes an altered expression of thousands of protein-coding genes,” because it “appears to be driven by histamine” (Romero. 2016b).

With that being said, I guess it’s about time to tell you that I got the above quotes from (a) a recent press release with the ambiguous title “Antihistamines affect exercise recovery, may or may not be a problem” and (b) the corresponding study that has just been published ahead of print in the Journal of Phyisiology (Romero. 2016b). 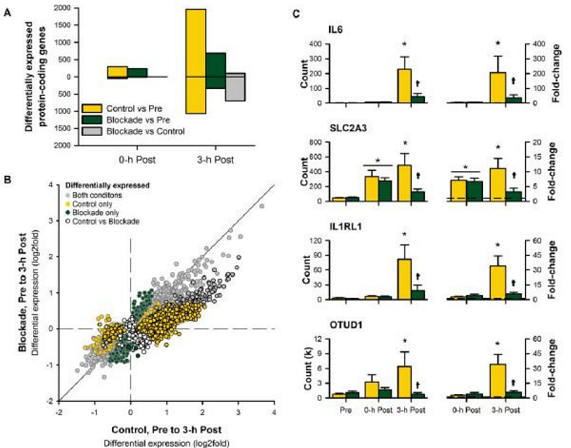 Now, unfortunately, the complex results of said study, in which the scientists assessed the differential response of a range of several thousands of genes in response to exercise with and without H1 or H2 blockers are at least as ambiguous. Therefore, I decided to look elsewhere, in order to find more than the “We’ve got more work that we have to do” from the press release. I mean, it is obvious that Romero is right, when he says the following:

“We need to do a training study in which we put people on histamine blockers and see if their adaptations to exercise training are as robust or diminished. There are a lot of redundancies in physiological systems. I wouldn’t be surprised if blocking histamine receptors ends up being overcome by something else, but I also wouldn’t be surprised if we can demonstrate that some responses to exercise training do become blunted if you take high doses of histamine blockers” (Romero. 2016a).

What is yet also obvious for everyone who knows how to use google is that there are already studies that offer preliminary, but at least more concrete answers than the previously cited study:

Anti-histamines may block the beneficial effects of exercise on glucose metabolism: There’s not just one, but there are two studies that indicate that using H1 blockers may impair the post-exercise increase in insulin sensitivity / glucose metabolism in general. There’s Pellinger’s 2010 study that found that the use of histamine H1-and H2-inhibiting drugs reduces not just the postexercise skeletal muscle interstitial glucose accumulation, but also the hyperemia (=increased blood flow to the muscles) and may thus in fact slow down the recovery from exercise. 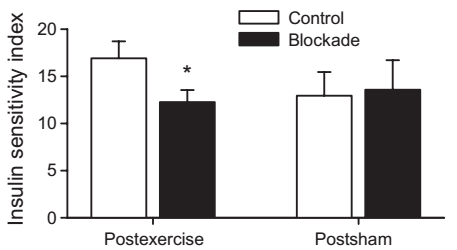 The second study is a bit more concrete (Pellinger. 2013). It comes from the same group of researchers. This time, however, the scientists tested the logical follow-up question, whether the previously observed effects would also affect the increase in insulin sensitivity following exercise. To this ends the scientists had 20 healthy young subjects (12 exercise; eight nonexercise sham) randomly consume either control or H1‐ and H2‐blockers (fexofenadine and ranitidine) days. To assess the effects of the drugs on the glucose metabolism post exercise, the subjects then cycled at 60% of their VO2 peak for 60 min. Afterwards, the scientists conducted postexercise whole‐body insulin sensitivity tests (Matsuda insulin sensitivity index) and found that the former was reduced by 25% with H1‐ and H2‐receptor blockade (P < 0.05).

Interestingly enough, the “pro-diabetic” effect is limited to exercised individuals. In a sham trial, where the subjects simply sat around for 60 minutes, a similar effect on insulin sensitivity was not observed. So, the scientists are right to conclude that their “results indicate that insulin sensitivity following exercise is blunted by H1‐ and H2‐receptor blockade.” Since this ill effect is probably mediated by the previously observed blunting of the exercise-induced skeletal muscle vasodilatation, it is only logical that the same effect was not observed in the sham trial.
Antihistamines block the post-exercise reduction in blood pressure: Closely related (mechanistically) to the previously cited effects on glucose metabolism are the results Sam Pickles presented in his 2015 undergraduate degree thesis.

In the corresponding study, Pickles had his young healthy subjects perform 4×4 minutes of interval training at 85% VO2max or 30 min of continous exercise at 75% of VO2max – both either with or without antihistamine ingestion. And guess what!? Yes, you’re right: The ingestion of the antihistamines redued the post-exercise hypotensive effect (PEH) of both types of exercise by ~3.7/ 3.2 mmHg, a measurable, but not a statistically significant. (p=0.177 and 0.183, for interval and continuous training, respectively) difference, and still: since the mechanism (reduced hyperemia) appears to be clear, the results are relevant and Pickles is right to point out that “further research is required to determine the clinical implications of the interaction between antihistamines and the scale of PEH when prescribing antihistamines for patients using exercise as an intervention for hypertension” (Pickles. 2015).
Antihistamines block the energizing effects of exercise: In another 2016 study, Loy et al. tested the effect of histamine on changes in mental energy and fatigue after a single bout of exercise in 20 women with low vigor and high fatigue. 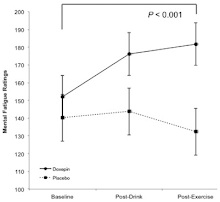 Figure 3: Effect of doxepin hydrochloride and placebo on ratings of mental fatigue using the State Mental Fatigue Scale. The population norm for females is 132.9 (Loy. 2016)

After exercise, mental fatigue increased for the doxepin condition (p = 0.014) but not placebo (p = 0.700), while mental energy decreased for both PLA and DOX (p < 0.001) and cognitive task performance was unaffected.

Reason enough for the authors to infer that “histamine binding to H1 receptors in the brain has a role in exercise-induced reductions in mental fatigue, but not increases in energy” (Loy. 2016) – a logical conclusion, but we are still far from understanding histamine and its various physiological effects on the body.

Chicken legs, old man? Must have been too much antioxidants… ok, not necessarily, but the evidence that blunting the stress response to exercise will blunt your gains is accumulating | learn more
Bottom Line: Ok, even with the additional research we are not able to say for sure that (a) taking any antihistaminergic drug will affect your response to exercise or (b) how significant this effect can be, but what we do know is that there’s at least a high chance that antihistamines, similar to high doses of vitamin C + E, by the way, will blunt some of the beneficial adaptive effects that occur after / in response to exercise.

With that being said, it is not clear that this is another case of blunted hormesis, but as Romero said: “Histamine [is] a substance that we typically think of negatively” – and that’s the exact same for reactive oxygen specimen aka ROS, which are just like their positive effect on glucose management (Ristow. 2009) and your gains blocked by vitamin C + E | Comment on Facebook!