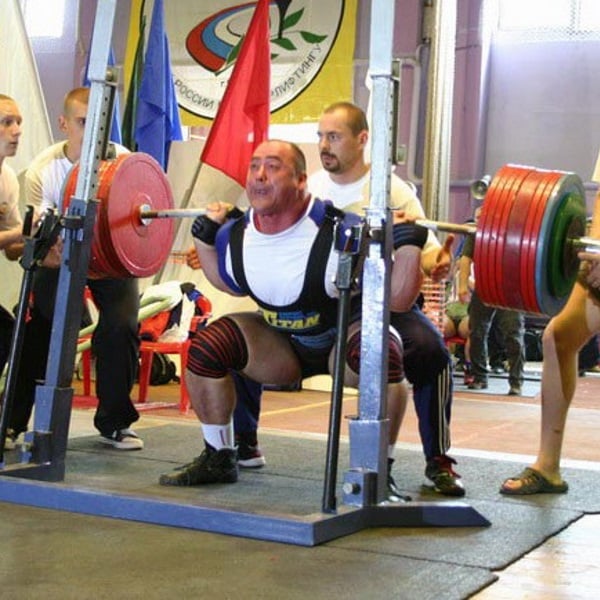 The Russian powerlifter smashed the mark he set back in August.

Andrey Malanichev has done it again.

The Russian powerhouse shattered his own all-time world record for the heaviest unequipped squat Sunday at the 2015 WRPF Worlds in Moscow, the organization announced in a Facebook video. Malanichev bested his previous mark (470 kg, or 1,036 lbs) by tacking on an extra 5 kg (11 lbs) and dominating a new record lift of 475 kg, or 1,047 lbs—just three and a half months after setting his last record.

Malanichev also crushed his old numbers for the entire powerlifting raw category (which includes the bench press, deadlift, and squat). He hit 400 kg (882 lbs) in the deadlift and 260 kg (573 lbs) in the bench, making his combined total a new all-time world record total of 2502.2 lbs. He remains the leading powerlifter of the Men’s Raw World Records.